NewsPaperthe art of publishing
HomeCulture WarsPricier food and too many people? I don’t know what Heinz boss...
183

Pricier food and too many people? I don’t know what Heinz boss meanz 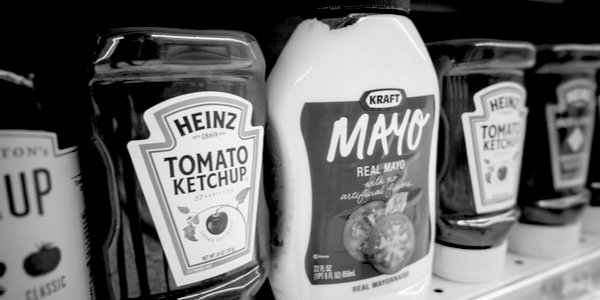 says we will have to get used to higher food prices because the world’s population is rising, but the amount of crop-growing land is not.

Yet in the same Daily Express article, we are told firms are struggling to recruit workers to drive lorries, pick food and work in bars, hotels and restaurants. And Mr Patricio admits that among factors contributing to the increasing cost of food in the UK is a lack of truckers.

Elsewhere, it is reported that Britain faces a shortage of doctors and nurses.

Clearly, we don’t have an oversupply of people, but a shortage. In recent years it has become routine to blame problems on Brexit, Covid and now, apparently, the environment, whose problems are in turn being blamed on overpopulation, which was the first scare story of the modern age.

Such warnings sound plausible, since the number of people is always growing. But the pandemic itself has claimed many lives, and birth rates are falling, both in Britain and across the world.

Greater longevity has given the population-control campaign the excuse to scaremonger about global overcrowding. Well, Mr Patricio, babies may not buy much ketchup, but older people do – so you should be pleased that there are so many more of them.

Blaming environmental concerns for various problems gives credence to ‘green’ claims, but such claims also seem to be self-fulfilling prophecies. For example, green concerns about declining biodiversity have led to opposition to clearing away dead wood from forests, which has led to more wildfires – which have been blamed on climate change.

Similarly, the failure to control predator species – also because of green concerns – has led to the depletion of prey animals, bringing even more scares about declining biodiversity.

One leading promoter of such alarmism, TV presenter Chris Packham – lately in the news for attacks on his property linked to his opposition to hunting – is campaigning for ‘rewilding’ the landscape.

He is directing his zeal to the very top, saying that if the Royal Family agreed to rewild its estates, it would send ‘a very powerful message that would resonate all over the world’.

And when we have afforested great swathes of our countryside and rewilded the rest – aka allowed them to become overgrown with unsightly weeds – no doubt politicians, green zealots and manufacturers of staple goods such as Kraft Heinz can claim that there is even less land on which to grow food. As they say, heads they win, tails we lose.

There seems to be no shortage of shortages, and no shortage of scapegoats upon which to blame them. Sadly though, there is a shortage of common sense and the ability to tackle basic problems, probably because it is easier for the less-than-capable people in charge to play with green issues and blame someone else when things go wrong.

But it is even more of a sauce for the head of Kraft Heinz, the world’s fifth-largest food company, to complain about there being too many customers in the world.