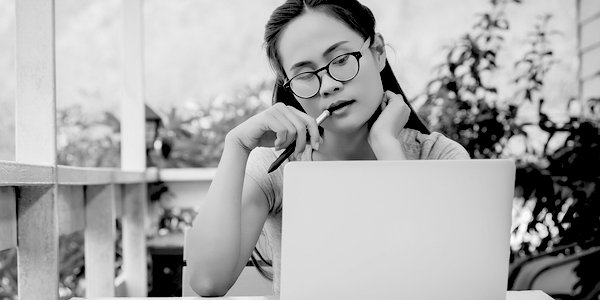 As many of you will have gathered following the debacle over James Damore at Google, diversity in the technology industry is treated somewhat as a holy cow and must be enforced and respected by all. Unless you wish to risk losing potential career advancement, you’d better comply.

Those who do not follow technology news closely would assume that these diversity efforts are a relatively low-cost PR stunt and should not affect company balance sheets or targets much. This, sadly, is not the case.

For example in 2015 Intel pledged to spend $300million on improving diversity by 2020 after criticism that its workforce comprised mainly white and Asian men. Leaked memos suggested that the $300million came at least in part from cuts in research and development, with accompanying job losses . Perhaps after the discovery of the security flaws named Spectre and Meltdown in Intel chips earlier this year, they may rethink their priorities.

The majority of, if not all, big Silicon Valley tech firms now employ some sort of ‘diversity officer’ or ‘chief of diversity’. Microsoft recently poached IBM’s chief diversity officer, leading to a lawsuit on the grounds that she knew the details of IBM’s hiring and recruiting plans. How innovative one can be in changing application requirements to disadvantage whites or males does baffle me, but it seems to be a serious issue.

This ideology does not stop at internal company politics. Several universities promote schemes for diversity in their scholarship and bursary programmes. King’s College London is offering bursaries of up to £30,000 for women studying computer science to ‘level the gender playing field’. Brunel University spent hundreds of thousands of pounds on women taking engineering courses.

King’s College London also takes part in the Athena SWAN programme, which aims to achieve an equal gender representation in science. It has been discussed by The Conservative Woman writer Belinda Brown.

Taxpayer-funded diversity is not exclusively pushed by universities. The Tech Talent Charter invites companies to pledge to ‘drive diversity and address gender imbalance’ and ensure that women are included on shortlists for interviews. The Tech Talent Charter was supported in the government’s policy paper on UK Digital Strategy, and is supported by the taxpayer-funded Department for Digital, Culture, Media and Sport.

Then there are the many technology conferences held all over the world, where various companies talk about their products or technology strategies. These are not cheap to attend, with the cost of tickets, travel, accommodation and employees taking time off work. Surely they should be free from political commentary and stay technical to help the attendees make good returns on their investments, right?

Software engineers have told me that at the majority of the conferences they have been to there were several talks, or sections of talks, dedicated to diversity and ‘under-represented minorities’. Perhaps the most notorious conference provider in conservative circles is Web Summit. The usual price for tickets is 850 euros but in 2016 Web Summit provided 10,000 free tickets to women to virtue-signal its ‘commitment to change’.

At a recent Web Summit conference there was a debate on whether or not sex robots should be banned. Apart from the zero technical skills developers would pick up from this talk, one of the speakers openly talked about the ‘privilege of white men being challenged by more inclusivity’. Can you imagine the outrage that would be caused if any group other than white men were having their ‘privilege’ challenged?

Why diversity is such an issue is beyond me. I assume companies want to maximise profits, and perhaps advertising your ‘diverse’ workforce boosts sales. Or perhaps it is infantilising women and non-whites to make them look incapable of succeeding on their own.