NewsPaperthe art of publishing
HomeCulture WarsProgress? The only way is down
49

Progress? The only way is down 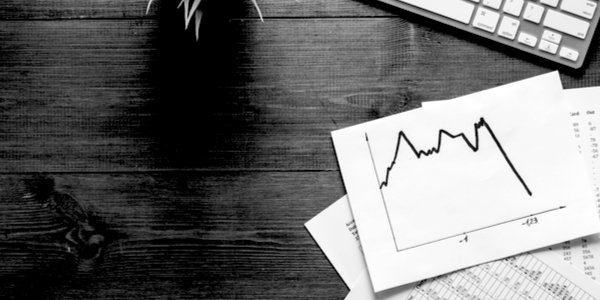 ‘ONE day the bottom a-go drop out’ said the 20th century sage Robert Nesta Marley. He was referring to a bucket, but he may as well have had our institutions, social, political, diplomatic, financial, in mind. For we have gone to the well and found the bucket is now a hole with a handle.

Covid simply revealed the degree of rot in our institutions, structures and polity and was not the cause of them. It may prove to offer them a lifeline, as ‘because of Covid’ has become one of these phrases you hear to mark the end of the conversation.

Of course, as with all these other word spells intended to distract us from the disaster zone formerly known as society, ‘because of Covid’ is also a blur. It is due to the measures taken because of Covid and not the cough and cold itself that we have been compelled to notice how things have been, well, progressing.

What is up and what is down? Progress is about detaching these words from any meaning. We now live in a world where words mean whatever someone’s personal truth tells them they mean. No one can be sure that they have not othered or microassaulted someone else. A permanent state of anxiety was the goal of the elimination of sense, because factual certainty went with it.

One thing that is up – like stocks go up – is propaganda. Bernays rebranded it ‘public relations’, which is now called ‘comms’. The production of fake reality is perhaps the apex activity of our civilisation. If this seems a little strong, let us consider what progress might be said to mean.

In the professional sphere, ‘progress’ is the selection for employment on the basis of membership of some or other group. It has nothing to do with aptitude or suitability. Identity is all.

In education, ‘progress’ means that most people buy a hire purchase degree. This too has little to do with ability or even creditworthiness. It is an industry with low overheads and great returns, where you can literally print money in the form of degrees. The current price is around £60,000.

The idea of progress more generally is that the people on earth get morally better as time goes on. This morality, whose inexorable progress is evidenced everywhere, improves so quickly that changes must be made to the law and to our institutions, manner of speaking, and to the meaning of words and of events to bring them up to speed. Fans of progress would say the direction of travel is up. Fans of reality would beg to differ.

The real dichotomy in the argument about progress – which is of course a myth invented to replace God – is about reality itself. Progress is the idea that reality is not only wrong but suggests it should be like something else, which has not yet happened but could be encouraged.

This has been called the fact – value gap. In this sense this means ‘the difference between what reality is and what some people think it should be’. The progressives have largely given up on changing reality directly and have moved into controlling how we talk about it.

If sufficient numbers of people can be compelled to say and think the same thing about reality, that thing becomes reality. That is, it becomes real to the people who say and think it is real. It does not actually alter concrete reality.

The way we navigate the world is through the interpretation of symbol – herme nautikos – hermeneutics. We rely on the same interpretation being shared in order for meaning to be possible. This is the context of consensus reality. To break this consensus deliberately is to poison common sense with the fear of looking out of step. What is important now is not to think then act, consider the world and then speak – but to fit in, fall in to line, say the right words at the right time. This is a scripted life, and we are all actors in it.

The notion of progress implies that human affairs are a straight line leading from the zero of time ever upwards, as if we only have one place to go having crawled out of the slime. Progress says we are always moving onward and upward . . . to what? Progress never says. There is no endpoint, no finish line. At the same time progress entails an erasure of historical continuity – everything that was must not be. It is concerned with destroying our connection to the past. It is anti-beauty, anti-culture, anti-literary. It seeks to make an ‘I’ where there was a ‘we’, dividing society into a lonely crowd composed of atoms of extreme individualism.

The problem for progressives is that reality does not agree with their ideas. This is why everything that was is rapidly being made to disappear in its name, and everything that is can be named only by progressives. Progress is the fanatical attempt to revenge yourself on reality by ruining it. It is, as has been amply demonstrated in recent years, a dedicated vandalism aimed at our every institution. Every form of cultural memory beyond speech is subject to the hammer of improvement.

The result, of course, is not paradise but chaos. Chaos breeds uncertainty and fear, and these anxieties require consolation. The market does well here, selling you the medicine for a sickness it spreads through advertising. The false ideals of marketing chasten us by our relative imperfection. They invite us into their soft-focus nowhereland of perfect harmony. It is a hallucination whose appeal is intensified by the accelerating decline of the reality it invites us to leave behind.

Seeing is not being, and saying is not doing. The virtual is not the actual. The choice between progress and reality is parallel to that between consumerism and life. It is a choice that is never advertised.