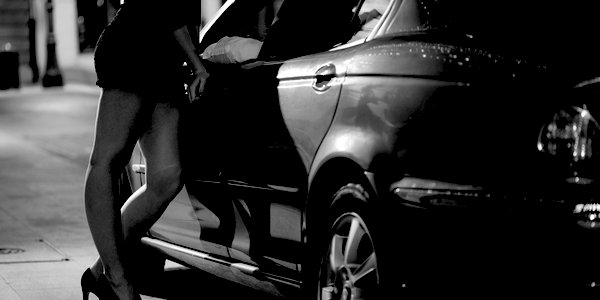 The University of Brighton has been accused of encouraging prostitution after a sex workers’ support group ran a stall offering help for students at its freshers’ fair.

The stall was run by the Sex Workers’ Outreach Project Sussex (SWOP), a branch of the Brighton Oasis Project charity, self-described as a ‘discreet and confidential service for women in the sex industry who live or work in Sussex’. Considering the concerns expressed about an alleged ‘rape culture’ in colleges, it seems bizarre to promote prostitution on campus. Feminist campaigner Julie Bindel, co-founder of the law reform group Justice for Women, said: ‘This is beyond disgraceful. It makes me so angry that the sex trade’s become normalised and pimped to women as though it is a harmless way to earn a living.’

With enormous loans to pay off, it would not be surprising if students took up the suggestion, especially when some feminists have latched on to the idea of prostitution as a pathway to female empowerment, especially for poor women – that sex in itself is never ‘bad’ as long as consent is obtained. And the stall was defended by academics. Alison Phipps, professor of gender studies at the University of Sussex, thanked SWOP for its ‘great work’, while Gemma Ahearne, ‘a lecturer and sex industry researcher at Liverpool John Moores University’ maintained that its work was ‘amazing’.

SWOP promoted its stall with a series of tweets, one saying: ‘One in six students does sex work or thinks about turning to sex work. We can help.’ Defending its position, the group insisted that it had ‘never idealised sex work’, but added: ‘However, we understand why students may turn to sex work, and navigating the legal precariousness as well as potential danger mean that students are extra vulnerable and we will help.’ It insisted that it was not ‘encouraging or suggesting’ that students become sex workers, adding that it would offer ‘support and advice without judgment’.

But its approach is far from neutral, since its stalls offer free condoms and lubricant as well as inviting visitors to ‘come and play’ on a ‘wheel of sexual wellbeing’. Condoms do not always prevent pregnancy, and many ‘sex workers’, some brought into the country by traffickers, end up seeking abortion. Thus one suspects that this ‘support’ consists of directing pregnant prostitutes to the nearest abortion clinic. And SWOP will not be on hand to ‘support’ students should they be attacked or even murdered by their customers.

SWOP and its academic supporters claim not to encourage ‘sex work’ but by using this euphemism they are helping to normalise it. ‘Sex work’ is not work but the buying and selling of human beings, body and soul. And as the Victorians, with their burgeoning ‘sex industry’ discovered, the more prostitutes there are on the streets, the less they earn, until the very cheapest are driven to prostituting themselves for a crust of bread. Even worse, the ready availability of women inevitably leads to ‘customers’ seeking younger and younger girls – and also, in these days of equality, boys – to satisfy their tastes.

Many of the recent controversies regarding universities, especially involving the suppression of free speech, seem to have resulted from allowing student bodies too much say in university life. Brighton University’s freshers’ week is organised by the students’ union, whose president Tomi Ibukin echoed the official ‘sex positive’ line, telling the Sunday Times: ‘Swop was at our freshers’ fair event to raise awareness of the specialist support they provide should it ever be needed.’ The university is currently investigating, and it might help if the students learned some history, because whatever name it is given, prostitution is nothing new; the so-called ‘oldest profession’ must rank among the most soul-destroying and corrupting, and should never be presented as a way of life.

And yet, since the State grooms children from a young age to see ‘having sex’ as perfectly normal, even under the age of consent, with as many partners as possible and no commitment involved, it is no wonder that for years organised paedophile gangs have exploited young girls, and that many of the victims have been treated by the police as prostitutes and given no ‘support’ at all, apart from being taken to the nearest abortion clinic.

Neither is it any wonder that some teenage girls, having become used to prostituting themselves with strangers for nothing, believe that they might as well make some money out of it. Indeed, sex education even prepares girls for prostitution by emphasising the need to ‘negotiate’ consent; from there it is a short step to negotiating a fee.

But if SWOP and its feminist backers have their way, it will soon be a buyer’s market, with student bodies learning to facilitate the sale of students’ bodies – putting a whole new slant on the meaning of ‘education’.