NewsPaperthe art of publishing
HomeNewsProtect and Survive 2022: The Snowflake Edition
147

Protect and Survive 2022: The Snowflake Edition 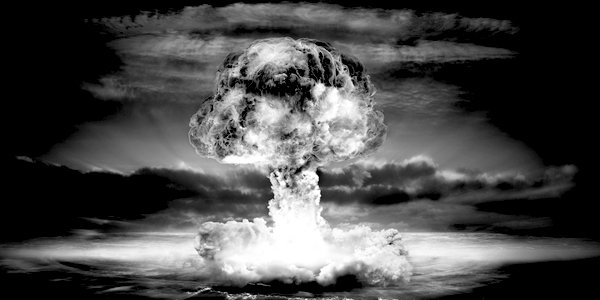 WITH tensions rising over Ukraine, TCW Defending Freedom has learned that the Government has secretly produced a new version of the 1980 booklet Protect and Survive, the official advice on what to do if a nuclear war starts.

Entitled Chill, Dude – They’re Only Nukes, it has been specifically written for today’s post-Cold War generation who, unlike older folk, have had no long-term experience of living under the threat of annihilation and may be totally ignorant of what might happen.

Ministers are said to be concerned that years of dumbed-down schooling, Left-wing indoctrination, mollycoddling, cancel culture, virtue-signalling, wokery and risk-averseness among the young have left many unprepared for the fact that their cosy little world could go up in smoke. So the booklet has been produced in a simple question and answer format to try to break the news gently to them. Here are some extracts …

1. What is a nuclear explosion?

Unfortunately, a nuclear explosion is not a nice thing. You may have heard about Hiroshima and Nagasaki – or maybe not. Never mind. Suffice to say they’re not the names of Japanese computer games firms.

2. Is a nuclear explosion hurty?

Don’t go worrying needlessly about that. In the event of an atomic missile attack, local authorities will have teams of specially-trained counsellors on standby to offer a cuppa and a sympathetic ear once the all-clear has sounded. Please note: Decaffeinated tea may not always be available.

3. How will I know a nuclear explosion has happened?

You will recognise a nuclear explosion by a very, very loud bang (think of the decibel level of The Killers at Glastonbury in 2019), a gigantic ball of flame and smoke rising thousands of metres into the sky, then a big whoosh as the blast and heat come your way. You may also notice that the town or city where the explosion took place has disappeared.

A nuclear explosion forms the rather attractive shape of a massive mushroom (that’s a massive mushroom, guys, not a magic mushroom!), but don’t look at it or be tempted to take selfies with it in the background. Doing so could blind you and invalidate the warranty on your iPhone.

If you and your house haven’t been vaporised, set up a fall-out room. No, this isn’t a room where you have arguments with your bezzies! (Great thought though, dude – high five!) Instead, it’s where you’ll shelter as radioactive dust and debris fall gently to Earth. Radioactivity is a bit of a complicated subject, but all you need to know is that, like a nuclear explosion, it’s not very nice.

Inside your fall-out room, build yourself an inner refuge. You could be in it for several days or weeks, so better make it as cool and comfy as possible. Don’t forget your memory foam mattress!

7. How can I make an inner refuge?

Unscrew your internal doors off their hinges and stack them against a wall to make a triangular-shaped shelter. Many of you will never have used a screwdriver before, but just ask Alexa. Be quick, though, because another not very nice thing called an electromagnetic pulse may come along and cut her off. And please be careful not to poke your eye out.

Once you have your doors in place, strengthen your refuge by stacking heavy objects against it. You could use your redundant laptops (up to and including macOS 11 Big Sur), remaindered copies of Boris Johnson’s history books, or that bulging backpack full of unwashed clothes that you brought home from your gap year wild-water rafting in Bolivia.

9. Will I still be able to order fast food?

It’s possible that Just Eat deliveries of pizza may not be immediately available in the wake of a ten-megaton airburst on your local branch, so you’ll need to ensure you have adequate food, drink and other supplies.

10. What food and drink should I have with me?

11. How will I know what’s happening in the outside world?

Sadly, the Prime Minister will be unable to address the nation from under 50ft of reinforced concrete in his Whitehall bunker. But the BBC has pre-recorded a number of TV programmes which it will broadcast to keep up morale. They include a documentary asking if climate change will make the forthcoming nuclear winter more prolonged. Radio 4 will have poems by Pam Ayres and will play Sailing By on a loop.

Naturally, you will be experiencing deep sadness and even despair at losing loved ones who have been close to you for many years. But you must be strong and learn to live without Facebook, Google, Amazon, Twitter, TikTok and WhatsApp, who will all be sadly cyber-deceased.

13. What if more missiles start exploding?