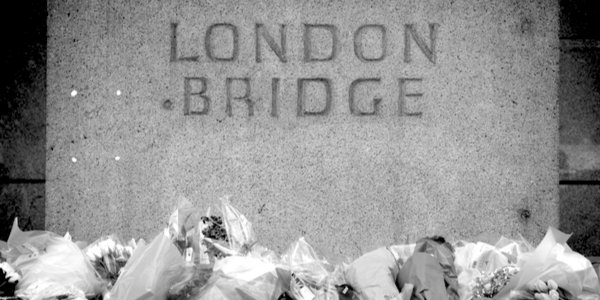 Finally Amber Rudd does something worthy of her position as Home Secretary. Her appointment of Sara Khan as head of the Commission for Countering Extremism is commendable, and essential in counteracting Islamic fundamentalism.

Khan wrote the insightful book  The Battle For British Islam and has the experience and inside knowledge on how to tackle Islamism. But her appointment was greeted with shrieks of protest from the usual suspects.

The Muslim Council of Britain (MCB), Islamist groups such as Mend and Cage, the Labour Party and politicians who seem more concerned with boosting their own image than preventing further terror attacks, are apoplectic with fury and indignation.

The main objections are that the Muslim community does not trust Khan and that she has championed Prevent, the government’s counter-terrorism programme. The MCB and Islamists accuse Prevent of being counter-productive and of alienating the mainstream Muslim community. But the more they protest, the more obvious it becomes that Khan is a threat to Islamic fundamentalism. She is obviously an excellent choice for this role.

Islamists are waging war against the West. Prevent is not perfect but any system formed to combat terrorism will be fundamentally flawed because the mechanisms implemented to make it effective – spying, monitoring of social media, police raids – chip away at our freedom. This is the price we pay if we are to save lives.

An examination of those protesting is revealing. Naz Shah, MP for Bradford West, who once showed some contrition for her dreadful anti-Semitism, has now taken off her apologetic gloves and struck a point for Islamism by protesting about Khan in an open letter. Baroness Warsi, who flounced out of government in protest at Israel’s defending itself against the jihadists of Gaza, is slandering Khan by calling her a ‘mouthpiece for the Home Office’.

Mend is a nasty Islamist organisation which was recently instrumental in getting the hijab ban on small girls overturned at St Stephen’s primary school in Newham, east London.

Mend’s statement on Holocaust Memorial Day outrageously equated an attack on a Muslim woman with the millions exterminated in the Shoah. It is now running a campaign to remove Khan.

Cage, another Islamic extremist group, advises on its website how to subvert police raids if suspected of terrorist activities. This active work against the State is a form of treason, but nothing will be done because our cowardly authorities are paralysed into inaction by fear of being accused of Islamophobia.

Given the Labour Party’s recent objection to proscribing Hezbollah in its entirety as a terrorist group, it’s unsurprising that it has joined the Islamist chorus of outrage over Khan. The Conservative Party is also at risk of becoming an apologist for theocratic regimes, and of undermining its own Prevent agenda, by colluding with this ridiculous distinction between Hezbollah’s military and political wings. Both parts of this terrorist group, financed by Iran, are responsible for slaughtering innocents, in the Middle East and the West. Hopefully Khan will be allowed to circumvent this muddled approach to terrorism.

The numerous complainers about Khan offer no solutions other than surrendering to the Islamists who terrorise us all. Instead of whingeing about Islamophobia, more credible Muslim organisations such as the MCB should flush out the hate preachers in mosques and universities who inflame terrorism by perpetuating the false idea that Muslims are being persecuted in the UK. But their refusal to co-operate with Prevent by doing so is counterproductive and hampers the government’s efforts in protecting us from Islamist terror.

And Islamist organisations such as Mend and Cage must be ignored in their treasonous attempts to stop Khan and Prevent. They are free to say what they like, but likewise we are free to discount their bleatings. And we must. Instead let us listen to the victims of Islamist terrorism. They deserve to be heard and should be heeded, along with Muslim reformers such as Khan, apostates and secularists. They know far better than us about the dangers of Islamic fundamentalism and how to counteract these subversive elements within our society that seek to harm, maim and murder us.

Despite the howls of protest from the MCB and Islamist groups, full of self-importance and entitlement, the reality is that Khan represents the views of the majority of Muslims, most of whom are unfairly tarred with the brush of Islamic fundamentalism. According to a poll conducted by Trevor Phillips on what British Muslims think, 4 per cent have sympathetic leanings towards jihad. The rest are as terrorised and annoyed by Islamism as we are. But if they object they are lambasted by the Left and the mainstream media.

Part of Khan’s remit is to prohibit far-Right terrorism. I would caution her not to conflate this with Islamic fundamentalism, as the two are unequal in allegiances and effect. Of 204 terrorist prisoners held in UK prisons last year, 91 per cent were professed Islamists, 5 per cent harboured far-Right ideologies and 4 per cent admitted to other extremist beliefs. Yet the current political trend plays down the dangers of Islamism in favour of inflating the threat of far-Right extremists, regardless of the statistical evidence.

In times of chaos and injustice, political views can become polarised. The Left, burning with hatred of the West and convinced of its own virtue, is infatuated with Islamism. It dominates our authorities so that any concerns about pernicious Islamism are brushed aside with accusations of racism, Islamophobia and threats of imprisonment. If Khan is prevented from tackling Islamism because of this, I fear that the far Right will become a credible threat. We are already seeing signs of this.

We are being held hostage to terror by this bizarre love-in between the Left and Islamism. Khan must overcome this, and her detractors, and remain steady in her resolve to combat the horrific threat of Islamic fundamentalism. Otherwise our hopes for a peaceful life, free of terror, will be destroyed for ever.