Public servants should use public transport (see how they like it) 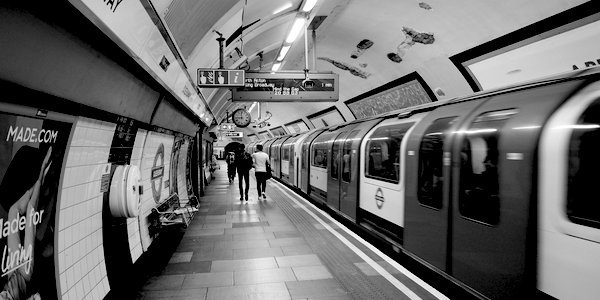 MOANING about public transport is a favourite national pastime. But now it’s not just about overcrowding, or trains being late, or even drivers’ strikes. Increasingly, to travel by public transport can be dangerous, even life-threatening.

Here are a couple of examples:

In July 2018, the former British Ambassador to the US, Sir Christopher Meyer, 74, was assaulted at Victoria underground station and suffered serious facial injuries. The 17-year-old who carried out the attack was spared jail  having pleaded guilty to grievous bodily harm without intent. A witness said there had been a verbal dispute and the former ambassador called the boy a ‘bastard’. District Judge Deborah Wright said the attack clearly passed the custody threshold, but the boy’s good character and remorse meant she did not have to pass a custodial sentence. He got a 12-month intensive referral order and had to pay £500 compensation.

In November 2017, a gang of thugs, including two women, repeatedly stamped on a man’s head at Oxford Circus tube station. The incident was said to have been sparked by one person bumping into another. The victim was in a coma for five days and was left with life-changing brain injuries. One attacker was sentenced to four years and three years to run concurrently. Another got 16 months. The two others got, respectively, three years and ten months, suspended. Detective Constable Paul Burbridge stated: ‘This serves as a clear reminder that we absolutely will not tolerate any form of violence on the rail network.’ Good luck with that one, Paul.

Two things strike me about these incidents. First, there was a ‘perceived’ degree of provocation towards the perpetrators: a bump, a shove, a muttered ‘bastard’. Not unexpected in over-crowded conditions. But to warrant a violent physical assault? Leaving someone scarred, even brain-damaged?

Second, the perpetrators seem to have been treated leniently. In the first case, the young man was given an exceptionally mild sentence (well, he’s a nice boy and he’s doing his GCSEs), and in the other, two attackers got short jail terms and two walked free from court.

And it’s the same in so many other cases. The Conservative Woman has regularly reported on the failure of the UK authorities to deal adequately with violent crime. David Fraser has written extensively on the subject: ‘Only 28 per cent of offenders convicted of a serious crime are given a term of imprisonment. The public are left to rub shoulders with the remaining 72 per cent, except, of course, the justice elite, whose gated communities in cities and country retreats provide them with a level of security not available to the majority. Generally, they are not affected by crimes committed by those they campaign to keep out of jail. Many who are sentenced to imprisonment do not stay in long. The average sentence length for “violence against the person” crimes is just 23 months, which in practice means 11 months, because almost all sentences are subject to 50 per cent remission.’

The reality here is that public services are not being adequately policed to protect the tax-paying public who are reliant on them. Where offenders are apprehended, their sentences are an insult to the general public, and carte blanche to the lawless offenders who see them as a joke and no deterrent.

So who would be daft enough to risk a tube journey at 2am in central London, or even a bus ride at 2pm in Birmingham or Manchester or Glasgow? Well, certainly not our public servants, who are entitled to taxpayer-funded expenses.

Take a look at the BBC’s travel expenses. Last year the BBC’s chief technical and product officer Matthew Postgate flew return to Miami at a cost of £6,880, although he could have got an economy return for well under £800. In the three years to 2014, the BBC spent £34million on taxis. A BBC employee using the corporation’s taxi booking service was quoted £87 for a trip from Tonbridge to Gatwick, when local firms routinely charged £45. And to fund all this, they want to cancel free licences for the over-75s!

And this is just the tip of the massive public-sector travel-allowances rip-off. Our great and good accept only the chauffeur-driven limo as safe enough for their self-important personages. And even those who espouse ‘public transport’ seem to define that as first-class carriages and business-class seats.

This has all come about with the expansion of the public sector and the role model of the EU (no receipts required, boys, don’t be silly). In the days of Empire, the upper classes didn’t mix with the plebs, but at least they paid for their own first-class tickets, and tipped the porters. Much later, the private sector enabled the boss to be chauffeured around, with the consent of the executive and the shareholders, and all those first-class tickets came out of company profits.

Then the ballooning public sector cottoned on to this. They persuaded us that all the private firms lured the best and the brainiest with the carrot of vast salaries and expanses. So if we wanted the best in the public services, we would have to shell out on all those carrots too.

Fast forward to now: the public sector has all those goodies, previously paid for by commerce, but now by you and me, ostensibly to attract the brainiest and the best. Sadly the more they shell out in salaries and expenses, the less worthy the recipients seem to be. The private sector pays high or low on the basis of market competition. In the public sector there is no competition. In some cases they even decide their own salaries and expenses.

Surely it’s time for a reckoning. Joe Public is tired of paying for stuff that isn’t afforded to him. Like safety and security on the streets, and on the trains and in the buses. I suggest it’s time for taxpayers to say to all publicly funded employees that if they want to be funded, we’ll just pay for public transport, economy class. After all, that’s what they manage and procure for us, who pay both for them and for it. If they want the limos, they can pay for them. Why do they need security details, first-class travel, chauffeurs and taxis, business-class flights? Actually they don’t. What they really need is a dose of public transport travel. Because, if they were all deprived of their publicly funded safety nets, and had to muck in with you and me, what would they think of the safety/security/policing of the public domain? It might just wake them up. If that reckoning had happened thirty years ago, we wouldn’t be looking at depleted police numbers, or respectable tube-travellers being viewed as easy game for thuggery. If the elites in their taxpayer-protected bubble knew it would be their life, their face, their daughter, on the line, they would surely have to act.

But of course they didn’t, and as things stand, never will. Until ‘public servants’ are obliged to travel by public transport, the journeys the rest of us have to endure will never get any better or safer. Quite the opposite.