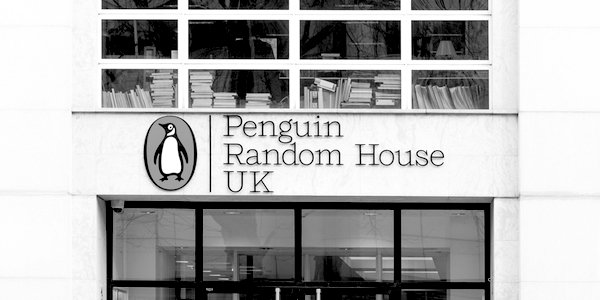 Lionel Shriver caused huge outrage this week by criticising Penguin Random House’s new diversity policy. In an article for The Spectator, she suggested that the publisher’s plans to make authors representative of ‘the UK population taking into account ethnicity, gender, sexuality, social mobility and disability’ was the company being ‘drunk on virtue’ and evidence that ‘Penguin Random House no longer regards the company’s raison d’être as the acquisition and dissemination of good books’.

She went on: ‘Rather, the organisation aims to mirror the percentages of minorities in the UK population with statistical precision.’

After her comments, Shriver was dropped from a judging panel for a writing competition. The competition is for women, but clearly a certain type of woman who thinks in a certain type of way. I thought trying to silence women with uncomfortable opinions was the job of the patriarchy, not the sisterhood.

What is the point of a publishing company? To publish good books or to try to fix the supposed faults of society?

The idea that books can be diverse only on grounds of characteristics such as sex and ethnicity is risible. Orwell, Marx and Dostoevsky are dead white men – the dreaded combination – yet their worldviews couldn’t be more different.

One was an atheist Communist, one a religious conservative, the third a democratic socialist with contempt for the USSR. Their ideas – what books are about – are very diverse indeed, but it seems that the only diversity that counts nowadays is to do with arbitrary traits that you can’t change.

When it comes to the patronising nature of quotas, Thomas Clements said it best on Twitter: ‘As a disabled author, I’d despise being the beneficiary of some tokenist diversity initiative. I want to be recognised on my merits, just like everyone else.’

Lionel Shriver's absolutely justified in her censure of Penguin's virtue-signalling equity policy. As a disabled author, I'd despise being the beneficiary of some tokenist diversity initiative. I want to be recognised on my merits, just like everyone else. https://t.co/21ZML3daCA

The reactions to Shriver were predictable, but she didn’t say that people of minorities couldn’t produce good books, or that they shouldn’t be published; rather that writers should be judged on merit.

Growing up, I was taught to judge people on the basis of their character, not their ethnicity, gender, sexual preference or whether they are disabled or not. That’s what I will continue to do but that simple policy seems to be more radical by the day.

Penguin’s move sows indecision and doubt. Now a white man who has been overlooked will be tempted to think it’s because of his gender whilst a writer from a minority might doubt whether they are being published because they are good.

Penguin ought remember what its role is – to publish good, thought-provoking books – or it will just merge into political activism, like so many of our institutions.

Share
Facebook
Twitter
WhatsApp
Email
Previous articleWhy this surge in parents who can’t look after their own children?
Next articleIt was Trump who came out the summit winner