NewsPaperthe art of publishing
HomeNewsPull out of the World Cup? Putin must be quaking in his...
48

Pull out of the World Cup? Putin must be quaking in his football boots 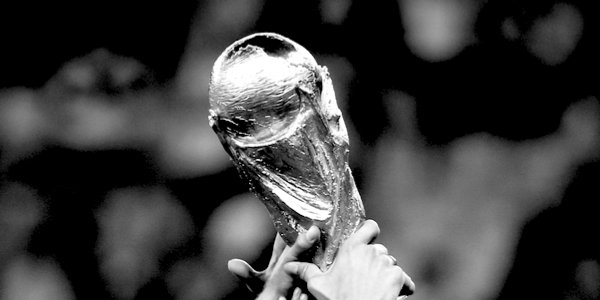 The story so far: a Russian traitor, his daughter and a policeman have been seriously harmed by what appears to be a nerve agent. The authorities are investigating and, it seems, clearing up the toxic mess. The consensus is that this is the work of the Russian FSB (successor to the KGB), not least because it probably killed Alexander Litvinenko in a similar manner in 2006. Boris Johnson has threatened to pull the England football team out of the World Cup in Russia if is proved to be the perpetrator.

Nerve agents are not new – they were developed in Germany by IG Farben in the late 1930s. The Nazis weaponised them but did not use them before the Red Army took the plant in 1945 (the Western allies captured stockpiles of 30,000 tons). They were developed into effective weapons in the early Cold War, forsworn by NATO and further developed by the Soviet Union. They were probably used by the Soviets in Afghanistan. They were almost certainly used in the Iran-Iraq wars and by Saddam on the Kurds. In 1995 the Aum Shinrikyo cult used sarin nerve gas on the Tokyo subway, killing 12, and Assad used nerve agents in 2013. In 2017 the North Koreans (probably) assassinated Kim Jong-nam with a nerve agent. Note that although nerve agents are chemical weapons, not all chemical weapons, such as phosgene or hydrogen cyanide, are nerve agents.

Nerve agents work by attacking the central nervous system. Symptoms increase in seriousness, starting with pin-point pupils, blurred vision and headaches, passing through nausea to involuntarily urination and defecation and ending in convulsions and asphyxia. Nerve agents are lethal in tiny amounts whether touched, inhaled or ingested: one drop is ample. There are antidotes, although they need timely application.

Fundamentally nerve agents are a chemical and as such can be synthesised quite easily. The chemists making them need a good lab and some protection – nerve agents are indiscriminate in their lethality. Whoever dispensed the agent used in Salisbury faced a similar risk. Even if he (or she) had a binary agent (one that combines two ‘safer’ chemicals at the moment of delivery) they were at significant risk.

Presumably the aim of the police investigation is to track who went where, try to find the lab and retrace the route of the chemicals. That is much, much harder than tracing the route taken by the polonium which did for Alexander Litvinenko. Many thousands of hours of investigative effort is likely to be used in this search; somehow I doubt that they will find a DHL waybill for nerve agent to be delivered to Salisbury. Notwithstanding the formidable investigative powers of the police, the result is likely to be inconclusive.

There has been speculation as to motive – IF it was the Russians. I don’t see why; the attack demonstrates to potential traitors that ‘you can run, but you can’t hide’ while tying the UK government, law enforcement and what passes for diplomacy in knots. The Israeli Mossad took a similar line with Arab terrorists after the Munich Olympic outrage in 1972. At the personal level the politically incorrect reality is that reprisals work.

Clearly Russia is flexing its muscles as Vlad seeks to restore national pride and expand Russian influence, particularly on his Western boundaries. The UK has deployed an 800-strong battlegroup in Estonia as part of NATO’s Enhanced Forward Presence (EFP). It can’t stop a Russian invasion, but it might make Putin think twice. Of course, it might be that he notes the complete inability of NATO to honour its treaty obligations to the Baltic states, figures further sanctions won’t bite that much harder and finds a way to invade which avoids shedding British or American blood. Possession is at least nine tenths of the law in matters military (cf Crimea and Eastern Ukraine).

So what should the UK do? Palmerston would have sent a gunboat, but sadly the Royal Navy doesn’t have any and both the Baltic and the Black Sea are very high-risk places for a warship. We have no credible or substantial armoured capability. What is left of the RAF could interdict, but by its nature can’t take or recapture ground.

So, in the absence of credible armed forces, our ultimate response to what is arguably an act of war on British soil would be to prevent an overpaid, under-achieving, barely literate group of losers with an unmatched ability to choke in penalty shoot-outs heading to a World Cup.

Palmerston must be spinning in his grave.

Share
Facebook
Twitter
WhatsApp
Email
Previous articlePity poor Emily, cursed with lovely legs and no trousers
Next articleOfsted has enough powers – it just needs to use them properly