NewsPaperthe art of publishing
HomeNewsPunished, head who told the truth about lazy teachers
0

Punished, head who told the truth about lazy teachers 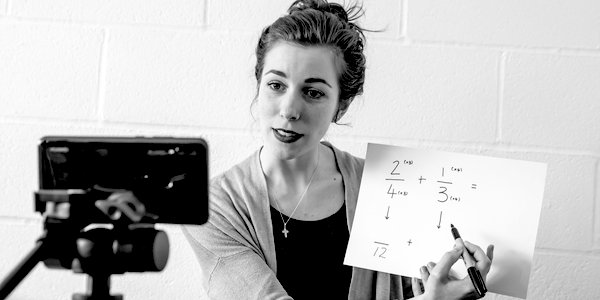 SOME lazy teachers are ‘sitting at home doing nothing during lockdown.’ They are spending ‘more time watching Netflix’ than working to help their pupils. True, they are now on school premises for two days a week, but with few children around, this is ‘R and R’ time for many in the profession.

Headteacher Pauline Wood, who is due to stand down at the end of this academic year, has lifted the lid. She told her local radio station, BBC Newcastle, the truth about what is going on during the school lockdown. She has dared to break ranks and described some of her teachers as behaving like ‘petulant kids’.

She is, though, balanced in her judgement, telling the Daily Telegraph: ‘You can’t lump everyone together as if they are all one type . . . some teachers are coming up with the most imaginative, amazing things . . . and others sit at home doing nothing.’

Unlike teacher union leaders, she said: ‘I won’t defend those people . . . I think it’s time we talked about the elephant in the room in some of this.’

She points out that heads wishing to get their schools up and running again are confronted by ‘lots of HR rules, regulations, unions and people can say all reasons why they can and can’t work’. She believes that many head teachers feel that they have to ‘kowtow’ to the unions and local councils in order to remain in employment: ‘I have broad shoulders. I am not going to lie but the barriers for most heads are too great. There is a lot of pressure to toe the party line and there are lots of heads who think it’s not worth raising their head above the parapet.’

Pauline Wood is clearly an outstanding headteacher. Ofsted has praised the ‘relentless’ way she and her leadership team ‘pursue excellence and improvement’ at Grange Park Primary School in Sunderland. More than a hundred heads from other schools have visited her school in recent years to learn how to improve their own schools and, especially, the performance of disadvantaged pupils.

‘I have always promoted a hard work ethic,’ explained Mrs Wood, ‘a no excuses and no quitting culture. I always want to lead by example.’

The response of those who hold power over the school, the governing body, has been typically knee-jerk and authoritarian. Its chairman of governors, Mary Hodgson, has suspended Mrs Wood. The supposed reason for suspension is that Mrs Wood has brought the school into disrepute.

The chairman of governors is mistaken. It is not the school that this courageous headteacher has brought into disrepute, but the teacher unions, the local council and the governing body.

For the sake of the nation’s children, our schools need leadership and direction from the Secretary of State for Education, and they need it now.