NewsPaperthe art of publishing
HomeLaura PerrinsPut away the Jubilee bunting
615

Put away the Jubilee bunting 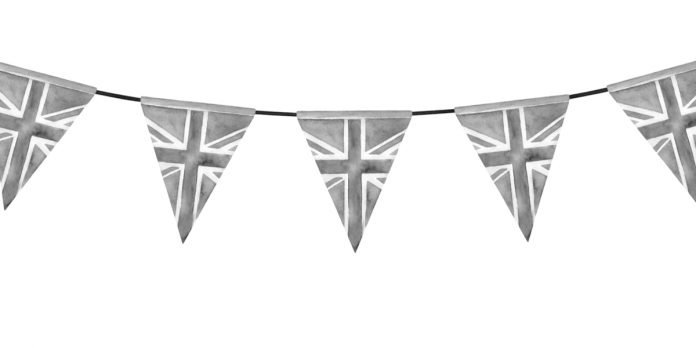 I understand that tomorrow marks the 70 years that Elizabeth II has reigned as Queen of the UK and Commonwealth. The technical part I understand. However, given the current state of the country, I am not sure there is much to celebrate.

Does this make me a killjoy? Perhaps the cheerleaders are correct and we should all party like a Downing Street clubber during lockdown 2020. Sure, we may as well enjoy the good weather and daylight hours while we can, as we might be all plunged into darkness come winter. The media are already preparing us for the ‘inevitable’ blackouts and energy rationing because of big bad Putin, as if nothing whatsoever can be done by Western leaders to bring an end to the conflict. As if all our energy woes are Putin’s fault and nothing at all to do with Net Zero and Big Green.

Don’t get me wrong, I will attend my local Jubilee street party because I don’t want to be a party-pooper, I have children and I believe in family and community. But deep down, deep down you have to admit it is all a bit bonkers. I’m not just talking about the pomp and circumstance, which is patently absurd, I am talking about the simple street party celebrations which are not just bonkers but reckless. It is reckless to be throwing massive street parties when we are staring down the barrel of Economic Armageddon.

Who thinks this is a good idea?

I guess the same sheep who donned their masks, rolled up their sleeves for the non-vaccine ‘vaccine’, and stayed at home while the Bank of England went about like busy little bees printing millions in funny money, will have no problem rolling out the bunting and slicing up the Victoria sponge cake.

The truth is, we all know that Queen Elizabeth II has presided over a period of managed decline. It’s not her fault of course, but these, the twilight years of her reign, see us staring into a very bleak future of open borders, ruinous Net Zero policies, an energy crisis and a cost-of-lockdown crisis.

In fact, like furlough during lockdown, this four-day weekend (didn’t you have enough time off during lockdown?) is just another part of the population pacification campaign. The bunting helps us ignore the fact that our Conservative Party is redder than the scarlet tunics on Horse Guards Parade. As Robert Colvile explained in the Sunday Times, ‘Rishi Sunak spent an enormous amount of money. Once you add together the £400 subtracted from every consumer energy bill, the extra support for pensioners and those on benefits, and the welfare increases promised next year, you end up with a larger amount than was pledged in the entire 2019 Conservative manifesto. In other words, the Chancellor spent more on the cost of living in a single afternoon than his party once promised to spend over five years on everything.’ The government has no mandate for this kind of spending.

This comes on top of the ruinous lockdown policy – a policy that has triggered, in part, the Economic Armageddon that has necessitated the Sunak bailout in the first place. ‘Lockdown has been enormously expensive; £370billion and counting. Indeed, one can almost certainly add at least £40billion to cover the last quarter of 2021.’

Then there is the problem of open borders. The sky-high level of immigration is even being highlighted in the Times. Clare Foges points out, ‘Just over a million people is also the number of foreign citizens offered visas to live in the UK last year. Home Office statistics released last week show significant rises from pre-pandemic times. Work visas are up 50 per cent from 2019-20, study visas up 58 per cent, visas granted for family reasons up 63 per cent.’

In fact, since the Brexit vote, immigration rules have become much more liberal. ‘The definition of a “skilled worker” has been loosened. The salary threshold for such workers can now start at £20,400. The rule that employers had to first seek workers from the UK population before recruiting overseas has been scrapped. Most significantly, foreign students now have the right to stay in Britain for at least two years at the end of their course to look for work, with no restrictions on the kind of work they may seek.’ Our population is forecast to grow by another six million by 2041, overtaking Germany as the most populous nation in Europe by the middle of the century.

This is after 12 years of Tory-led government, and a vote to leave the EU just to make it clear that there was no mandate for this level of immigration. And this is the legal stuff. The flow of illegal immigration across the Channel continues.

The disastrous consequences of Net Zero have been highlighted time and again on this website.

But Boris Johnson ploughs on regardless.

All in all, I am not really feeling it for this weekend. Perhaps I will cheer up as the weather gets better and not be such a sourpuss. Happy Platinum Jubilee.