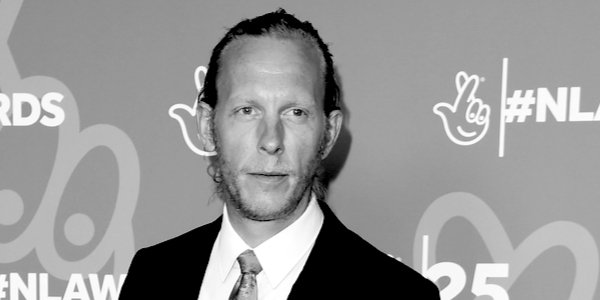 BROWSING reactions to last week’s explosive appearance by actor Laurence Fox on Question Time, my eye was caught by the following tweets.

Patrick Ottley-O’Connor is executive principal of North Liverpool Academy. Awarding himself the title of #WhiteAlly, Ottley-O’Connor’s tweets were in support of Rachel C Boyle – the, ahem, random audience member (in fact, a lecturer on race and ethnicity previously used by the BBC as a newspaper reviewer) who presumed she could cry ‘Racism!’ and use the accusation of ‘white privilege’ to muzzle Fox.

It is not clear how or why Patrick Ottley-O’Connor came to be backstage at the filming of Question Time. Whatever the reason, from his revelation that Laurence Fox had no support behind the scenes, evidently Mr Ottley-O’Connor was not the only occupant of the Green Room who cravenly accepts the label of ‘privileged white male’ and self-abases because of his genitalia and skin colour.

Laurence Fox, thankfully, has a stronger backbone and displays no such self-loathing. Those who already had heard the bracingly frank interviews he gave to Triggernometry, Peter Whittle (So What You’re Saying Is . . .) and James Delingpole – all available on YouTube and highly recommended – would not have been surprised when on Question Time Fox fought Leftist fire with a few well-aimed verbal grenades.

Although Patrick Ottley-O’Connor claims Laurence Fox had no support backstage, the positive reaction of both the audience and viewing public to Fox’s fusillade was enormously encouraging. Some retaliation has been long overdue against the pernicious identity politics of the Left – particularly the handful of harridans, omnipresent in the media, who believe their race-based beefs should be uncritically heard and left unchallenged.

One prominent cry-bully of colour is Afua Hirsch, whom Douglas Murray drily describes thus: ‘Afua now hawks herself around the op-ed pages of the West opining about her upbringing in the wilds of Wimbledon and the infamous lack of opportunity for people of colour that led her to have to attend Oxford University.’

Although she ‘hawks herself around the op-ed pages of the West’, in 2018 Afua Hirsch wrote: ‘None of us want to have basic arguments about race. Speaking for myself, there are a million things I would rather do.’

She could have fooled me. Earlier this month Ms Hirsch told readers of the New York Times that ‘the racist treatment of Meghan [Markle] has been impossible to ignore’. Naturally the racism was no surprise to Afua, because ‘the legacy of Britain’s history of empire – a global construct based on a doctrine of white supremacy – its pioneering role in the slave trade and ideologies of racism that enabled it . . . is with us today’.

Because of a ‘Brexit project linked to native nationalism’ and ‘an ever thickening loom of imperial nostalgia’, Afua Hirsch claims to be just one of many amongst ‘Britain’s communities of colour’ who apparently is ‘thinking about moving’.  It would, however, be premature to organise her leaving party, and Afua was still in bigoted Britain the following week when she clashed with Piers Morgan over the content of her New York Times article.

When Hirsch says she is ‘telling you as someone who’s lived the experience of being a person of African heritage in this country’, this is intended to silence the opposing view. Instead, Morgan had the audacity repeatedly to request hard evidence that Meghan had been driven out of Britain by racism, eventually forcing Hirsch into the non sequitur: ‘What do you think about the British Empire, Piers?’

The interview prompted something called the Black British Group (me neither) to issue an open letter (‘Dear Broadcast Media . . .’) which, among other things, complained: ‘Throughout the “discussion”, Mr Morgan proceeded to besiege Ms Hirsch with questions, accusations, hostility and badgering.’ Certainly an accurate description of Piers Morgan’s modus operandi on Good Morning Britain; but an interview style which the Black British Group seems to think should not be equally applied to a guest of colour.

On ITV’s This Morning, Dr Shola Mos-Shogbamimu received a much gentler ride from Phillip and Holly when she asserted that the treatment of Meghan was ‘criticism steeped in racism’. Schofield did briefly ask for examples, but then silently sat through her prepared lecture:  ‘White privilege whitewashes racist and inflammatory language as unconscious bias . . . perpetuates the bigotry of intolerant white people as ignorant . . . protects private views as misspeak . . . camouflages racist behaviour as error of judgment.’

Prior to her sententious sermon, the Doctor maintained: ‘It is not the job of black people and ethnic minorities to educate white people on racism.’ The open letter from the Black British Group similarly stated: ‘Having to engage, articulate, and explain racism again and again to predominantly white hosts, white men, and white guests is draining and exhausting.’

In other words: recognise your white privilege, genuflect to our ‘lived experience’ and do not dare to question our sweeping generalisations.

Similarly, this was the gist of the contribution from Ayesha Hazarika – formerly joke-writer for Ed Miliband – who also had a televised run-in with Piers Morgan, the clip below ending with her complaining of ‘structural racism’.

‘Structural racism’ is of course conveniently intangible: just as a ‘hate crime’ is one ‘perceived by the victim, or any other person, to be motivated by a hostility or prejudice’, https://www.askthe.police.uk/content/Q643.htm victims of ‘structural racism’ are entirely self-proclaimed. The self-selecting sufferers include those whom Ayesha Hazarika hails as her ‘sisters of colour’.

Ayesha’s oppressed sisters are of course an exclusive group which does not admit conservative women of colour who fail to revel in victimhood, such as the Telegraph’s Sherelle Jacobs. Sherelle provided a much more level-headed assessment of why the hypocritical, sanctimonious and egotistical actress has departed for Canada.

Equanimity and sound judgment have no place in Ayesha Hazarika’s coterie of colour.