NewsPaperthe art of publishing
HomeCOVID-19Racked by lockdown loneliness, I didn’t want to live
29

Racked by lockdown loneliness, I didn’t want to live 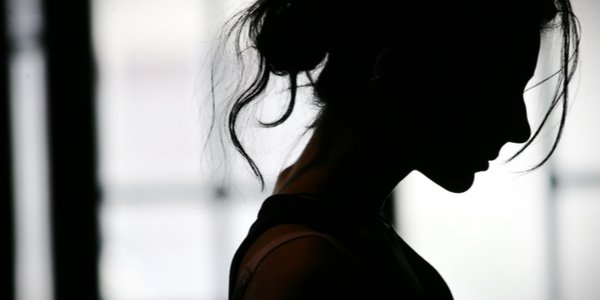 An agonising but half-forgotten side-effect of the coronavirus lockdowns is loneliness, especially for those already enduring personal problems. Here, in a moving dispatch from New Mexico in the US, one woman tells of her struggle to stave off despair …

MY first lockdown and its twin companion, loneliness, took place from 2015 through 2020. I found myself stuck in a hospital bed at home 20 hours a day, due to an old spinal cord injury which had morphed into chronic inflammation.

The pain of adhesive arachnoiditis has rightfully been compared to that of bone cancer, yet I still yearned to make the best of my circumstances. But my sickly life and that of my healthy friends diverged sharply and over the years I lost a dozen or more friendships.

I fought extreme loneliness through comedy, open mics and writing, and even moved downtown so I could do occupational and physical therapy exercises at a nearby gym.

It took my power wheelchair only five minutes to get to the sanctuary of a heated pool, hot tub and friendly staff. I had access to a private shower with accessible seat and plenty of fresh towels.

Three, sometimes four times a week, I would venture out to keep my body and mind as sane and as healthy as possible. I found a new life and routine; after a strenuous workout treating myself to a weekly burrito in a friendly cafe, or a grocery shopping on my way home. Life was hard, but I didn’t know how good I had it. I even made new friends.

In March 2020, when the media first started reporting on a two-week lockdown, I was alarmed, mainly because as a physician assistant and graduate of New Mexico Tech university, I knew there’d be dire consequences of halting the global and local economy.

That same month, my father passed away from Alzheimer’s Disease. My family is based in the Netherlands and my mother, his primary caregiver, was not allowed to fly to the US to see me.

I tried to keep up my spirits and eagerly awaited her postponed arrival in September. My ex-boyfriend and I started dating again, seemingly for good this time, and I occasionally was able to swim in a friend’s indoor pool. I even incorporated a few minutes of stairwalking, with the help of my leg braces.

On Sunday July 12, I talked with my Mom, and I gave her the happy news that that morning I had woken up for the first time in five years without overwhelming nerve pain from my chest to my toes.

Two days later, she was found unresponsive due to a brain aneurysm. She’d never regain consciousness. Still having a Dutch passport, I managed to fly to the Netherlands.

My sister, a nurse, and I took care of our mother while she was on hospice in the small apartment she last shared with my dad. She passed away on July 26, as my sister and I held her hands.

Then came more bad news. Financial issues greatly impeded a speedy wrapping up of my parents’ affairs. I was left emotionally wrecked, and sustained an acute back injury from clearing up their belongings.

Soon after my return in October, the New Mexico lockdown became even stricter. I had three more hospitalisations and suffered a hard fall from my power wheelchair.  Christmas and New Year came.

Without the solace of my gym and support, I sank into a deep depression. Gyms are open, but showers are not allowed. My old sanctuary never re-opened, and it was much harder to get to the new gym. Cold greatly aggravates the pain, and without a hot shower it takes days to recover.

Life had become so incredibly hard, without home health care and anything to look forward to. I missed my loving Mom, I missed my old life – which wasn’t much, but at least I had a little independence – and I sank deeper and deeper into despair.

Two weeks ago, I confided to my health insurer that I didn’t want to live any more, and before I realised what would happen, police officers were in my home forcing me to go to Psychiatric Urgent Care, a locked unit.

The irony, from lockdown to a locked mental health hospital! A psychiatric nurse and psychiatrist offered two hours of one-on-one counselling and I was discharged that same evening. Afterwards, I felt relief for still being here, but also for finally acknowledging the major depression I apparently was suffering.

I had lost so much – in 2015 my rewarding, well-paid job, friendships, and now, my parents and the little bit of societal freedom I had so painstakingly built up. Was life still worth living?

Besides, I knew that most politicians were wrong, and that focused protection would have saved many more lives, without a lockdown. It was also lonesome to meet lockdown zealots, who could not put numbers in perspective (although I could not blame them, with the fearmongering campaign unleashed against even the most rational of minds).

Equally disturbing was the realisation that, just as with the anti-opioid campaign, which hurts bona fide patients most, medical providers no longer had the autonomy to make medical decisions.

This was top-down governing, and it predominantly hurt the lower class and impoverished populations. Even if some acquaintances confided they made more with the unemployment benefits than their jobs, the fact remains that millions may die from hunger and poverty, or missed medical treatments.

I’m appalled at the heartlessness with which politicians have condemned us common people to suffer. For example, my Navajo boyfriend’s Covid-19 negative grandmother died alone from colon cancer in April 2020, no visitors allowed.

By contrast, Covid-19 positive celebrities donned hazmat suits and hugged their kids, while politicians had holidays in Cabo and $800 lunches in restaurants that were closed to the plebs. That is not an enlightened, or just, society. It definitely is not a society I want to live in, but it is the reality for now.

So it is with a heavy heart that I must go on living, despite my circumstances. Mom wouldn’t have wanted it any other way. 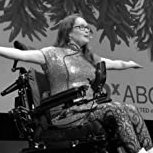 Kaatje Gotcha
Kaatje Gotcha has a Psychology Bachelors in Science and a Masters in Physician Assistant Studies. She’s the author of The Queen of Ketamine: How Comedy and Ketamine Saved My Chronic Pain Life.