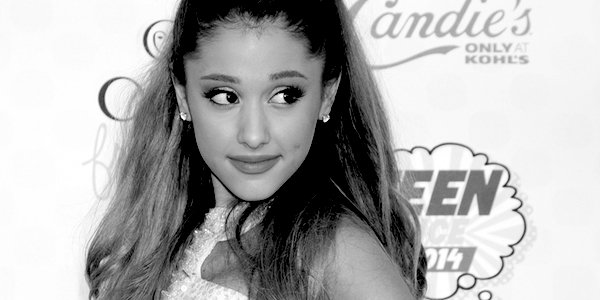 Though the British population has grown by a cool seven million since 2000 largely down to to immigration and births to mothers born outside the country, this is just a sideshow when it comes to discussing community cohesion.

Neither, bizarrely, does it focus on Islamist radicalisation or the nationwide scandal of child sexual exploitation mainly by men of Pakistani origin. Nor does it appear to recognise the anxiety and distrust in government both have bred.

By contrast the extent of community integration and classroom diversity requirements set out shows little trust by government in our good nature and even less respect for our right of choice and belief.

This re-education and re-organisation programme just happened to be published the week that saw an Iraqi teenager who came here as a child asylum seeker convicted of bombing a tube train (to which the House of Commons replied by backing a Bill which would allow refugee ‘children’ to bring in their families, to reintroduce legal aid to help refugees navigate the complex family reunion process, and to expand the criteria of who qualifies as a family member for the purposes of family reunion) and Lucy Allan MP demand an inquiry into the latest Telford revelation.

The irony seems to have passed the political elite by.

How did we get to this, a Conservative government suggesting such authoritarian measures? The original Casey Review on which the recommendations are based is a start.

‘Worrying levels’ of segregation and radicalisation, as for example revealed by the ‘Trojan Horse’ affair, when it was alleged that Islamists were taking control of several state schools in Birmingham, prompted the brief given to Louise Casey, the State’s intervention supremo. Her unexpected condemnation of illiberal and repressive Muslim communities marked an end to the era of multiculturalism and she was lauded as the new saviour of Western values and reason

It proved a false dawn. Her recommendations, analysed here, simply replaced one form of intolerance with another. They reflected a secular, feminist and anti-faith agenda, equally critical of all religions, that placed conservative Christian and Jewish groups on a par with radical and fundamental Islam.

There is no question as to the detail of her report, either of the history, changing nature or scale of immigration or of its geographic pattern across the country. Yet her recommendations simply by-pass the increase in ‘public demands for a reduction in overall immigration’ noted, and the fact that ‘views about the economic and cultural impact of immigration’ had grown more ‘negative’.

But why press the urgency of immigration reform as essential to restore public confidence and trust in government, when the god of equality – gender and economic – can be called on to deal with such retrogressive concerns, to tell us how to share, mix and respect all gender identities?

Given her former incarnation as Cameron’s ‘Troubled Families Tsar’, you might also have expected a consideration of the permissive culture and the homegrown problem of family breakdown it has led to.

But did the impact of decades of social liberalism feature anywhere in her analysis, though the most broken communities can be found side by side the most traditional of immigrants?

It is unfair to point the finger of blame at Casey alone, but the prejudices she underlined again last week confirm her as representative of the problem, not the solution:

‘If I went into the cathedral I would show respect to it [she generously conceded] but I don’t want that to be used to try and put a genie back in the box around women’s rights or the fact that girls can wear a bra on stage and sing their hearts out . . . I look at the terrorism attacks that we had last year and I think going for Ariana Grande in Manchester with an arena full of young women was a deliberate attack on western values and saying that we were wrong.’

The idea that Ariana Grande, a pop singer who looks under 16, whose explicit lyrics and videos without doubt promote early sexualisation, comes to be a symbol of the Western values that need defending, is alarming. Isn’t she rather a symbol of the inglorious sexual revolution of which the girls of Rochdale, Rotherham and Telford are the collateral damage?

In the same breath, Casey targeted Orthodox Jewish girls as the only ones going up the motorway the wrong way.

You have to wonder if she ever reflected on the reasons for the official denials and police defence against negligence – that sex appeared to be consensual – which her own investigation into Rotherham Council revealed.

This is the socially liberal culture that’s turned its back on widespread sexual intercourse between underage girls and much older men; that has had no problem with handing out morning-after pills to underage girls, or indeed performing abortions on them.

It is indeed tragic when a victim of child sex abuse says she was taking the morning-after pill at least twice a week for a year, yet no one asked any questions.

But no one is allowed to ask questions about sexual behaviour any more, even of minors. It would be ‘judgmental’: the only mortal sin in our great ‘liberal, open, modern Britain’.

If Casey thinks asking such questions would turn the clock back on women’s rights, then we are just re-arranging the deckchairs on the Titanic.

Let’s face it. The elite she represents want their open borders and ruthless social libertarianism no matter what the cost to other more vulnerable communities down the line. And they’ve got it. Now they are following this up with an all-out war on our Judeo-Christian foundations, with a Conservative Government at the helm.

It really would be better if they stopped and apologised, admitting they’ve caused the problem.

Instead, it’s full steam ahead towards the iceberg. They still have their lifeboats, private schools and personal psychotherapists for their kids. The working class, on the other hand, are condemned to go down with the good ship Britannia. We will be pulling bodies out of the waters for years to come. Tragic Lucy Lowe will not be the last.

This is a rot at the heart of our own culture, without the abominable grooming gangs. Perhaps this is all OK on Planet Casey, where going to church is something to be wary of.

But it is not OK. It is what happens when you trash tradition and culture as Melanie Phillips describes so well here.

It is what happens when you dismiss the Judeo-Christian moral code that puts others before yourself, when you deem marriage, motherhood and duty to be old-fashioned, when you espouse selfish feminism above all else; when all women need is not gender diktats but what they already have – the marketplace and the rule of law.

Because, no, being Muslim does not cause rape. But allowing an adult man (of whatever his religion or culture) into your underage daughter’s bedroom definitely does.

It comes down to this, and Jordan Petersen says it here: We need to put our own house in order.

This is the spiritual hole at the heart of the West, the destruction the West is wreaking on itself that radical Islam is so able to exploit.