Rape case that broke the heart of Middle Ireland 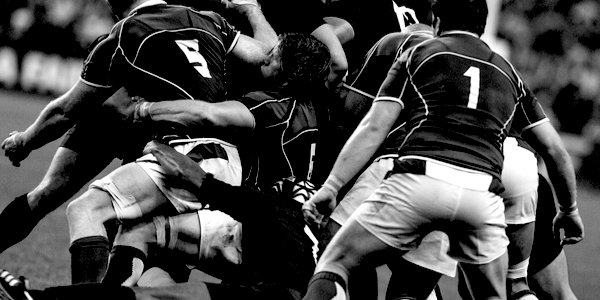 I spent the Easter holidays in Ireland, where the day I arrived unanimous not guilty verdicts were returned in the case known as the ‘Belfast Rugby rape trial’.

Paddy Jackson, 26, and Stuart Olding, 25, were acquitted of raping a student then aged 19 during a party at Jackson’s house in June 2016. Jackson was also cleared of sexually assaulting the woman. The men had always maintained the sexual activity was consensual.

I followed the trial closely. It took place in Northern Ireland but was widely covered in the Republic as Jackson and Olding had played rugby for Ulster and Ireland.

It prompted some comments in the UK press, including this thoughtful piece by Helen Lewis, but to be in the Republic that week was to witness a collective nervous breakdown of Middle Ireland. Truly, I believe a part of them died that day.

There was a significant divide in opinion between the sexes, with many men siding with the defendants, and as you’d expect many women with the complainant, who was not named. There were marches after the verdict in support of her under the banner and hashtag #IBelieveHer. It remains to be seen if Paddy Jackson and Stuart Olding will play for Ireland again.

It was the messages sent between the men that really broke the hearts of Middle Ireland. They included: ‘What the f**k was going on? Last night was hilarious . . . Really f**k sake. Did U calm her and where did she live?’

The friend replied: ‘Mate no jokes she was in hysterics.’

Soon after, another bloke weighed in to a WhatsApp group to catch up on the gossip: ‘Any sluts get f**ked?’ The same day, the first man had this to say: ‘Pumped a girl with Jackson on Monday. Roasted her.’ He asked: ‘Why are we all such legends?’

Further, it has since emerged that the trial judge excluded evidence of the fact that a pornographic video was shared between two of the accused the day after the incident.

The Independent.ie reported: ‘The judge made a ruling on an application made on behalf of Rory Harrison and Stuart Olding to exclude the contents of a video clip sent by Mr Harrison the day after the events at Mr Jackson’s house. The short video or “gif” showed a woman having penetrative sex while giving oral sex to another man.’

So, all in all things are not in a great state if this behaviour is par for the course for twenty-something men. Now, I’m not saying it is. I couldn’t say and I don’t like the phrase ‘toxic masculinity’, as it seeks to condemn all men by virtue of them being men. However, I am hearing that there is a ‘rape culture’ out there, a culture that sees objectifying women and out-and-out misogyny as normal.

There are many pieces like this for instance, where Tim Winton believes ‘toxic masculinity is shackling men to misogyny’.

It wasn’t really toxic masculinity that did this though, was it, Tim? It was the great sexual revolution of the 60s. That revolution set masculinity free of all boundaries other than ‘free love’ and it turns out that it wasn’t such a great idea. It turns out that without any rules other than ‘get consent’ people, and men, can become pretty ruthless, pretty selfish, and maybe pretty misogynistic. Not all of them but a fair few.

Winton kind of admits this in the piece. ‘We’ve scraped our culture bare of ritual pathways to adulthood. There are lots of reasons for having clear-felled and burnt our own traditions since the 1960s, and some of them are very good reasons. But I’m not sure what we’ve replaced them with. We’ve left our young people to fend for themselves.’ Yes, you have. And plenty of ruthless people, the Leftists, the peddlers of pornography, were more than willing to step in and exploit the vacuum.

The 60s revolutionaries (those that had the benefit of the nuclear family and clear rules) did burn down traditions and they did this instead of slow, sensible reform.

And I’ll tell you what it was replaced with: a rape culture. A culture that positively marinates boys in pornography from a very early age, and then tops it off with a very heavy drinking culture. Anyone who objected to this was shouted down as a puritan and a prude, mocked as a Mary Whitehouse figure. Did the likes of Winton really think the revolution would be bloodless? Well, it wasn’t.

Winton again: ‘Too often, in my experience, the ways of men to boys lack all conviction, they lack a sense of responsibility and gravity. And I think they lack the solidity and coherence of tradition. Sadly, modernity has failed to replace traditional codes with anything explicit, or coherent or benign. We’re left with values that are residual, fuzzy, accidental or sniggeringly conspiratorial.’

It’s all true. Traditions do offer solidity and coherence – that’s why conservatives defend them to the death. It was the revolutionaries who mocked the traditions of chivalry which made it very clear to men that as they were superior to women in terms of strength and height ‘you should not take advantage of them’. The tradition that the very best men protected women and children was derided. That was patriarchal oppression of women, plain and simple. So you burnt it all down and we have a rape culture instead. You didn’t see that one coming, did you? Why should men protect women when you can have a three-way instead? Under the current rules, if it’s consensual then it’s fine.

Now Winton wants a ‘do over’. Good luck. I’ll be sticking to some of the ‘old-fashioned’ traditions when it comes to my kids. Wish me luck too.

Footnote: The contracts of Olding and Jackson have been revoked by both the Irish Rugby Football Union and Ulster Rugby with immediate effect.