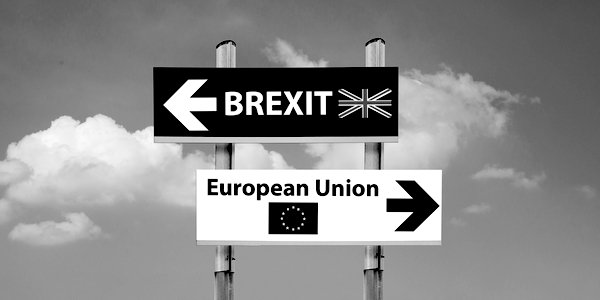 TO THE surprise of no one, the House of Commons voted down Mrs May’s Brexit Plan A with an unprecedented margin. Predictability continued when it transpired that there is no Plan B. The EU, right on cue, states that the deal on offer is the best available and now Labour wants either to stay in the customs union (which is not Brexit) or a second referendum (which is a poke in the eye for the electorate). And the prats in Parliament, 80 per cent of whom were elected on manifestos that undertook to honour the referendum result, still can’t agree anything.

Which of course is why we had the referendum in the first place. If there had been clear support in Parliament, or even within any major party, for sticking with Europe or baling out we would not be where we are. But there wasn’t, so the question was (rightly, albeit ignorantly) passed to the electorate. Since which time the establishment has been in shock and trying to suppress the reality.

No parliamentary leader has managed to achieve unity in Parliament behind any single policy towards what has become the EU. It is exceptionally unlikely that the hapless Mrs May, the opportunist Mr Corbyn or any of the other ‘big beasts’ (so far distinguished only by their moral cowardice in not standing publicly in opposition to Mrs May) is capable of doing that in the next sixty days.

Having persuaded itself and the BBC that ‘no deal’ is a disaster (there is, of course, no evidence for this, if anything the reverse) and failing to plan for it, the government now seems to be on the verge of tinkering with the Good Friday Agreement. Now, no one could remember what the Irish Question was (least of all the various armed terrorist organisations) but somehow the Good Friday Agreement answered it. It is possibly the one thing that is more complicated and divisive than Europe and possibly one of the few things that John Major (it was he, not Tony Blair, who got it under way), and indeed Parliament got right. Given her brilliant handling of the EU, I suspect I am not alone in fearing quite what Mrs May and her coterie of fools masquerading as advisers might set in train to get Plan A+ through Parliament.

And of course the ‘meaningful vote’ is in fact pointless in terms of the EU withdrawal. Changing the proposal in Westminster is not binding on Brussels. So why bother?

Many deals might have been done; the one that was agreed was awful. So there is no deal when we leave on WTO terms. Which of course does not preclude a deal at some stage in the future, if we want one.

Meanwhile real businesses (i.e. not the CBI and not the City) just want a decision. In my day job I see quite a lot of these firms, many with high-skilled EU citizens in their teams. Brexit really wasn’t a problem for them until the proposal arrived. The thinking was that come what May, they would cope. But what May came with, and its associated political crisis, is hurting because no one knows what Westminster will do. Corbyn’s self-interest is not attractive and if they fail to deliver Brexit the Tories are dead meat.

I know this as I could see the companies I work with investing and expanding. Since December’s fiasco and January’s inevitability it is clear that the UK is heading for a political crisis. It’s easy to bring this country to its knees: ask the tanker drivers. If Parliament, which put itself into a process that it had started only because it had no answer, fails to deliver on the referendum result (which means get us out of the EU in March) it will lose its legitimacy.

There is perhaps one faint hope. If we had a decent Speaker instead of the poltroon Bercow, he or she might be able to point out to the honourable members that they’d had their vote. Their choice now is to honour the referendum or face the consequences, which may well be worse than a yellow vest or two.