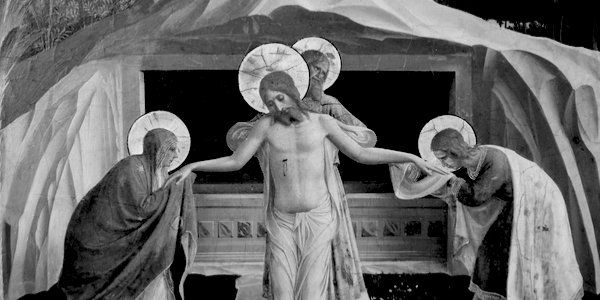 What happens when an atheist detective takes the skills he uses to solve cold-case murders and applies them to the resurrection of Jesus of Nazareth?

J Warner Wallace is a police and media sensation known for solving homicides when the trail has gone cold. It may have been decades since the crime was committed. There is little or no forensic evidence. There might be no surviving witnesses.

A cold-case investigator seeks out secondary witnesses who ‘can be evaluated in a number of ways to confirm their reliability,’ says Wallace. ‘In the end, a strong “circumstantial” case can usually be made by collecting witness statements and verifying these observations with what little forensic evidence is available. By taking this approach, I have arrested and successfully prosecuted a number of cold-case suspects who thought they had gotten away with murder.’

Wallace’s investigative work has received national recognition. He has featured as a cold-case detective on NBC’s Dateline, Fox 11 Los Angeles, CourtTV and truTV. He’s been awarded the Sustained Superiority Award – the Police and Fire Medal of Valour. In 2015, he won the California Peace Officer Association Award (COPSWEST) for the best-solved cold cases.

In his bestselling Cold-Case Christianity: A Homicide Detective Investigates the Claims of the Gospels, Wallace writes: ‘My friends knew me as an angry atheist, a sceptic who thoughtfully dissected Christians and the Christian worldview.’ He was 35 when the gospels caught his attention as an investigator who had interviewed thousands of witnesses and suspects. ‘The most important questions I could ask about Christianity just so happened to fall within my area of expertise,’ he notes.

As an atheist, Wallace recognised that the most significant claim of the alleged apostolic witnesses was about the resurrection. He had always assumed that the resurrection was a lie, believing that the twelve apostles ‘concocted, executed, and maintained the most elaborate and influential conspiracy of all time’.

Wallace looked at the evidence provided by scholars ranging from sceptics to conservative Christians, and as an ‘unbeliever’ found four minimal facts to be substantiated ‘by both friends and foes’ of Christianity.

1. Jesus died on the cross and was buried.

2. Jesus’s tomb was empty and no one ever produced His body.

3. Jesus’s disciples believed that they saw Jesus resurrected from the dead.

Of course, none of these ‘minimal evidences’ convinced him that Jesus rose from the dead. Wallace narrates how he then used the kind of abductive reasoning he would use at a crime scene ‘inferring the most reasonable explanation’. First, he would identify facts and pieces of evidence at the crime scene. Second, he would acknowledge a number of potential explanations that might account for what he and others observed.

Wallace used abductive reasoning to examine the events around the cross and tomb as an ancient death-scene investigation and came up with several hypotheses.

One: The disciples were mistaken about Jesus’s death. Jesus survived his crucifixion and appeared to disciples after he recovered. This theory fails to explain what the disciples saw when they brought Jesus down from the cross. Didn’t they check if he was breathing, if his body was cold or if rigor mortis had set in? Is it reasonable to believe that those who removed Jesus from the cross would have not noticed any of these conditions common to dead bodies?

Two: The disciples stole the body and fabricated the story of the resurrection. While this explanation accounts for the empty tomb and the resurrection stories, it fails to account for the transformed lives of the apostles. The apostles, who had been cowards, running ran away at every point of danger, were now suddenly as bold as a battleship because of the lies they themselves had concocted, even though they received no gain or benefit from the elaborate hoax.

Three: The disciples were delusional. The appearances they reported were hallucinations based on wishful thinking. This fails to account for the empty tomb. More importantly, Wallace argues that he has never encountered loved ones who have collectively imagined an identical set of fictional events involving the victim. While individuals may hallucinate, we do not have examples of large groups having identical hallucinations.

Four: An imposter tricked the disciples, convincing them that Jesus was alive. This would require an additional set of con artists. While failing to account for the empty tomb, this theory requires a group of individuals who would be highly motivated to impersonate Jesus and fool the disciples. What would they gain? The disciples were highly sceptical and the impersonator would have had to be familiar with Jesus’s mannerisms and adept at copying them. Above all, he would have needed to possess miraculous powers since the disciples report Jesus working miracles after the resurrection.

Five: A couple of the disciples had a vision of Jesus and convinced others that Jesus had risen. ‘It’s not unusual to have a persuasive witness influence the beliefs of other eyewitnesses,’ concedes Wallace. ‘But the persuaded witnesses were easily distinguished from the one who persuaded them once I began to ask for their account of what happened.’ This theory does not account for the numerous, divergent and separate group sightings of the post-crucifixion Jesus in the gospels.

Six: The resurrection is a wildly exaggerated legend that grew exponentially over time. This theory clashes with the record of witnesses making claims about the resurrection from the earliest days of the Christian movement.

Wallace concludes: ‘The resurrection is reasonable. The answers are available; you don’t have to turn off your brain to be a believer. Yes, it is possible to become a Christian because of the evidence rather than in spite of the evidence. Many of us have done just that.’

Wallace joins a long line of intellectuals who are part of the ‘resurrection genre’ of writers – sceptics who started out to disprove the resurrection and ended up believing that it is true.

You can watch him here.

Konrad Adenauer, the post-war German Chancellor, once asked Billy Graham: ‘Mr Graham, what is the most important thing in the world?’ Graham recounts, ‘Before I could answer, he had answered his own question. He said, “The resurrection of Jesus Christ. If Jesus Christ is alive, then there is hope for the world. If Jesus Christ is in the grave, then I don’t see the slightest glimmer of hope on the horizon.” Then he amazed me by saying that he believed that the resurrection of Christ was one of the best-attested facts of history.’

Share
Facebook
Twitter
WhatsApp
Email
Previous articleWe’re setting a new path forward – please help us along the way
Next articleThe Ten Commandments: 1. I am the Lord Your God