NewsPaperthe art of publishing
HomeNews‘Rebel Priest’ Rev Jules Gomes: Farron is the latest victim of the...
341 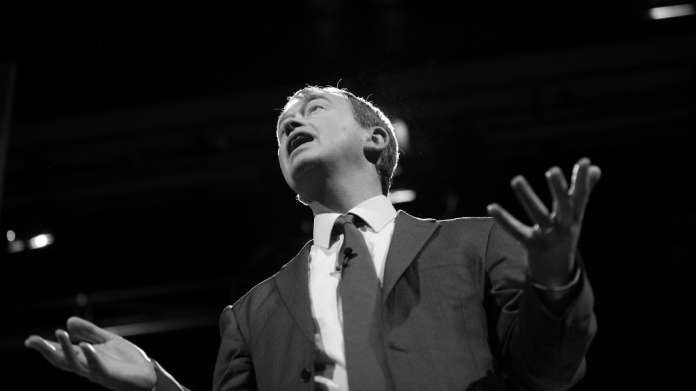 Friends, liberals, countrymen, lend me your ears. I come to praise Tim Farron, not to bury him. The evil that has been done to him will live after him; the good he has done will be interred with his bones. So let it be with Farron. The principles he stood for have died with his political career. Liberalism is dead. Leftism killed it. Tim Farron is finished. Leftism killed him.

I come to praise liberalism, tolerance, diversity and inclusion. With a heavy heart, I come, also, to bury these noble virtues. Leftism kidnapped them, mutilated them, and murdered them. They will need a lengthy obituary. Farron needs a brief epitaph:

The three couldn’t agree to agree or agree to disagree.

It is a day of mourning for British politics when Liberal Democrat leader Tim Farron, who faced gruelling interrogation and had his nails pulled out by the media inquisition, resigned his post saying he was ‘torn between living as a faithful Christian and serving as a political leader.’ Farron expired on the infamous rack of the New Inquisition. His British Bolshevik Corporation inquisitors fastened his ankles to the roller of the leftist LGBTI and pro-choice agenda and chained his wrists to conservative Christian ethics. Then they cranked the lever and asked him to recant his orthodoxy on whether gay sex was a sin or not. We heard his bones snapping and felt his spirit sapping and we knew that Farron was finished.

On Wednesday afternoon, Farron uttered his famous last words. ‘From the very first day of my leadership, I have faced questions about my Christian faith. I’ve tried to answer with grace and patience…. I have found myself torn between living as a faithful Christian and serving as a political leader. A better, wiser person than me may have been able to deal with this more successfully, to have remained faithful to Christ while leading a political party in the current environment…. I’m a liberal to my fingertips, and that liberalism means that I am passionate about defending the rights and liberties of people who believe different things to me. We are kidding ourselves if we think we yet live in a tolerant, liberal society. That’s why I have chosen to step down as leader of the Liberal Democrats.’

The most glowing tribute came from columnist Islam Issa who wrote, ‘As a Muslim and a liberal, I was sad to hear Tim Farron say his religion and his Lib Dem leadership didn’t mix. That Tim Farron has a personal Christian faith is something I admire, because liberalism, at its core, means that you should have the choice to believe in as much or as little as you want.

No, it doesn’t. Not anymore. That is what Liberalism used to mean. Until the evil spirit of Leftism, masquerading as an angel of light, entered it and possessed it like the demonic spirit taking over the body of 12-year-old Regan, after she experimented with an Ouija board in The Exorcist.

Liberalism, especially its Gladstonian version, held tolerance as a supreme virtue. The delicious irony is that tolerance has its roots in the Judeo-Christian culture of the West, which Farron’s detractors are now defaming and maligning as intolerant.The narrative of the Hebrew Bible has free will and choice at its very heart. The God of Israel cannot force his will on his own people and has to negotiate a covenant-treat relationship with them.

The principle of credere non potest nisi volens holds that only faith based on inner conviction is pleasing to God, and that such faith has to develop from within, without external compulsion. Luther defended the Protestant idea of the individual conscience bound only to the word of God, which marks the limits of the authority of the church as well as of the secular powers of the State. Tolerance was one of the pivotal concepts following the Reformation in Europe. John Locke insisted that ‘nobody ought to persecute or molest another because he dissents from him in religion.’ For Locke, churches are voluntary associations who have no right to use force. Religion must operate within a legitimate political order. This order must be based on the consent of the governed.

The virtue-signalling Left has now hijacked the virtue of tolerance. Whereas tolerance used to mean tolerating views one disagree with (why would anyone need to tolerate views they agreed with?), tolerance has now been redefined to require people to publicly assent to the beliefs of Leftism and the politically correct causes and victim groups it supports.

What Farron failed to recognise was that although he is a liberal, his party and mainstream culture is no longer tolerantly liberal, but tyrannically leftist. There is a yawning chasm between liberals and leftists. Liberals love Western culture. Leftists hate the West. Liberals hail the Enlightenment as the Age of Reason. Leftists dismiss reason as a tool of power and oppression. Liberals believe in argument. Leftists resort to shouting, sloganeering and name-calling. Liberals believe in liberal education. Leftists believe in cultural Marxist indoctrination. Liberals are wary of all forms of religious extremism. Leftists stand shoulder-to-shoulder with Islamic extremists. Liberals fought for the emancipation of women. Leftists welcome the hijab, niqab and purdah in the name of multiculturalism. Liberals opposed Marxist totalitarianism. Leftism aims at creating a totalitarian society. Liberals fight for justice. Leftists fight for social justice that aims at cementing a hierarchy of victimhood.

Liberalism as a pluralistic philosophy respects Christianity (and other religions provided they see themselves as separate from the State). Leftism is a monotheistic religion that brooks no alternatives. It is especially hostile to the monotheism of orthodox Christianity. This is because leftism claims to have a monopoly on ideology, which it must impose on the rest of society to achieve its exclusive vision of utopia. It has articles of faith, a creed, which it insists is infallible, inerrant, exclusive and non-negotiable. It sees itself as the only way to salvation; the rest be damned to hell.

That is why the Left assassinated Tim Farron. Because the powerful elite who control Britain are the exclusive who claim to be inclusive, the intolerant who claim to be tolerant, and the liberal who are the most illiberal human beings we have seen since John Locke wrote A Letter Concerning Toleration.

Despite his flip-flopping on the question of homosexual practice as sinful, Farron came across as a faithful Christian. In a 2015 interview, he declared his belief in the literal existence of Heaven and Hell because ‘it’s what the Bible tells me.’ His most moving words and the deepest insight into his Christian faith comes at the end of his resignation statement where he talks of the one thing that is more precious to him than leading the Liberal Democrat Party and the one thing that would lead him to ‘relinquish that honour.’ Farron quotes the words of Isaac Watts’s greatest hymn, When I survey the wondrous cross, and ends by saying the sacrifice he has made is for something ‘so amazing, (it) demands my heart, my life, my all.’