NewsPaperthe art of publishing
HomeNews‘Rebel Priest’ Rev Jules Gomes: We were happiest in 1957 – and...
81

‘Rebel Priest’ Rev Jules Gomes: We were happiest in 1957 – and highly religious 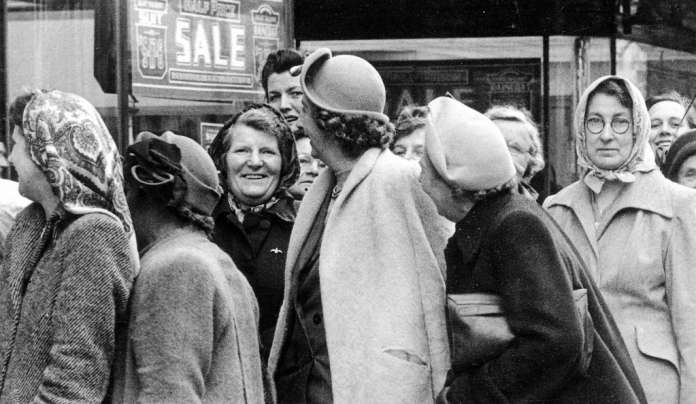 Happiness is a serious problem. Happiness in Britain peaked in 1957. It has never returned to that level in the last 70 years, says the Understanding Happiness study conducted by the University of Warwick and the Social Market Foundation. How do we solve the problem of happiness? Will roping in Nanny State Governess Mary Poppins make us happier?

The state cannot legislate for happiness. PM Theresa May cannot pass an Executive Order forcing us to smile. But Madame May’s government can try yet another experiment in social engineering by making happiness a policy objective and programming kids to be happier.

The experiment begins from May 2017. Never mind our pathetic performance in reading, writing and arithmetic—pupils as young as eight are to receive lessons in mindfulness, relaxation and deep breathing in a government trial to promote wellbeing and happiness. Never mind fighting ISIS, teenagers in secondary school will take hour-long classes in fighting anxiety, stress, depression, crisis and suicidal thoughts.

When the government touches gold, it turns to coal. You can be sure that no one in the Department for Education (DfE) is even asking the question of causation. Why were we happier in 1957, even though one in five homes had a washing machine, one in ten a telephone, one in 20 a fridge, few homes had central heating, many had freezing outdoor toilets and more than half did not own a television? Why are kids in England—with I-Phones and I-Pads—among the unhappiest in the world today, behind countries such as Ethiopia, Algeria and Romania, according to a Children’s Society Report, which ranked Britain fourteenth on the scale in a study of fifteen countries?

Two observations from Dr Daniel Sgroi, co-author of Understanding Happiness and associate professor at Warwick University, are significant. First, people in the 1950s had a greater sense of realism about happiness. Second, people are more likely to be happy when their expectations are lower.

Given that the State wishes to poke its intrusive Pinocchio-like proboscis into every area of our lives, the DfE should be teaching pupils to have a greater sense of realism and lowering their expectations, rather than offering New Age Mindfulness mumbo jumbo in schools. In typical Mindfulness lessons, children are taught to think of disturbing thoughts as “buses” that will move away. This may make children feel good, but where is the evidence that ‘breathing in for seven seconds and exhaling for 11 seconds’ will make them happier?

Sir Anthony Seldon, who introduced mindfulness lessons as Master of Wellington College, defends the programme against previous governments responses to it being ‘la-la land and psychobabble.’

Worse still, why are we not being told that Mindfulness can be dangerous? Dr Miguel Farias and Catherine Wikholm sound the alarm in The Buddha Pill: Can Meditation Change You? ‘We need to ask ourselves if meditation has a dark side,’ they write. The book cites the case of “Louise” who spent 15 years treated for psychotic depression after a meditation retreat. A teacher confirmed that 10 per cent of young adolescents could be adversely affected by the technique.

In 1992, a study by David Shapiro, Professor of Psychiatry at the University of California, Irvine, found that 63 per cent of people suffered at least one negative effect and 7 per cent suffered profoundly adverse affects including anxiety, panic, depression, negativity, pain, confusion and disorientation, after meditation.

Even earlier in 1976, Arnold Lazarus and Albert Ellis, co-founders of Cognitive Behavioural Therapy (CBT), reported serious disturbances including depression, ongoing tension and a serious suicide attempt after meditation. Lazarus strongly criticised the idea that ‘meditation is for everyone.’ Instead, he warned that ‘one man’s meat is another man’s poison’ and that practitioners need to know the benefits and risks of meditation for different kinds of people.

Willoughby Britton, assistant professor of psychiatry at Brown University Medical School, receives phone calls, emails, and letters from people around the globe who have practised Mindfulness. They are now in various states of impairment. Her investigation of this phenomenon “The Dark Night Project,” is an effort to document, analyse, and publicise such adverse effects of meditation.

The fatal flaw in all this is that both DfE and the study Understanding Happiness are staggeringly silent about the contribution of religion—specifically, the Judeo-Christian faith—still practised by a large segment of our population in 1957.

They don’t drink alcohol as much, they don’t use drugs as much, they don’t smoke cigarettes as much, and they have healthier lifestyles. They have stronger immune systems, lower blood pressure, probably better cardiovascular functioning, and probably a healthier hormonal environment physiologically—particularly with respect to cortisol and adrenaline. And they live longer,’writes Dr Harold Koenig of Duke University. And all this makes them happier!

Happiness is a serious problem. There is a solution to the problem of happiness. But it is a solution that is far too serious for our touchy-feely secular government steeped in quick fixes, psychobabble and mumbo jumbo to take seriously.