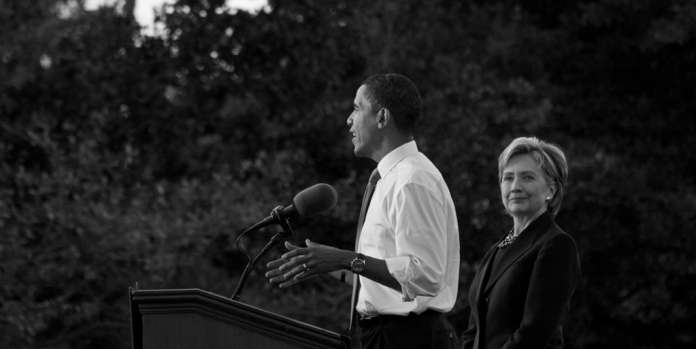 The American dream doesn’t get any better! President Obama jails an Indian immigrant. In prison, the immigrant conceives of a book exposing Hillary Clinton and the Democrats. The book becomes a movie. The movie becomes the top-grossing documentary of 2016. It ensures a victory for Trump.

Dinesh D’Souza, the brown-skinned immigrant named after a Hindu god, not only embraces the American dream but also shreds the nightmare of American leftism with its pulp fiction narrative of victimhood, relativism, racism, xenophobia, and other phantom phobias that constitute the collective neurosis of the Democrats.

I can relate to Mr D’Souza. We both come from the former Portuguese colony of Goa; we both grew up Catholic in the megalopolis of Mumbai; in our teens we both stumbled upon the Bible as our transformative text; we sailed Westward-ho to redbrick universities—Dinesh went to Dartmouth, I came to Cambridge. I am unworthy to untie the shoelaces of his trainers—for Dinesh became a policy maker for Ronald Reagan and I ended up a lecturer at redneck (not redbrick) universities and a ten-a-penny vicar in the Church of England.

We both fell foul of the establishment. In the run-up to President Obama’s 2012 re-election bid, D’Souza released his film 2016: Obama’s America. D’Souza was a moral millipede crawling up Obama’s trousers and stinging where it hurt most. A president, who wants to look good, cannot extricate a millipede doing the cha-cha-cha, from his underwear in full view of the West Wing.

D’Souza was busted for contributing $20,000 to a friend running for Senate. He was sentenced to five years’ probation, imprisoned for eight months, with a $30,000 fine, and 260 days of community service. Many legal eagles agreed that the case against D’Souza was a political stitch-up. Professor Alan Dershowitz of Harvard Law School, called it an ‘outrageous prosecution’ and ‘certainly a misuse of resources.’ ‘It raises the question of why he is being selected for prosecution among the many, many people who commit similar crimes,’ he said. Obama himself had violated campaign finance laws on three different occasions.

Prison was D’Souza’s eureka moment. ‘The biggest thing I learned from being in the lockup, so to speak, is simply the idea that the guys who are in prison, most of them, are small fry. They are the stupid criminals who got caught. The big fry, the big criminals, are often never caught.’

This led D’Souza to write Stealing America: What My Experience with Criminal Gangs Taught Me about Obama, Hillary, and the Democratic Party. D’Souza’s book exposed leftist America as a scam aimed at stealing the wealth of the nation. Just before the 2016 election, the book was made into the movie Hillary’s America: The Secret History of the Democratic Party. It played to packed cinemas and demolished the carefully cultivated pro-black voter mythology of the Democrats.

Hillary’s America traces the scumbag racist history of the Democratic Party from the first Democratic President Andrew Jackson—a slave-owner advocating cruel punishments for runaway slaves, through the antebellum years to post Civil War legislation where Democrats fervently fought the passage of the Civil Rights Acts—vetoed by President Andrew Johnson, a Democrat. It shows how it was Republicans who overturned Johnson’s veto and how every Republican voted for the Civil Rights Amendments. The movie delves into the dark side of the Ku Klux Klan—“the military arm of the Democratic Party.” It highlights the policies of Democratic presidents like Woodrow Wilson who reintroduced segregation and the racist policies of Franklin D Roosevelt and Lyndon B Johnson.

Hillary’s America decimates the façade of falsehood that the Democratic Left has carefully built up over the years. It convinced many blacks and racial minorities watching it before the elections that Hillary Clinton and her party were liars and thieves and could no longer be trusted to protect their interests. A month before the election the movie was released on DVD—giving Hillary a bloody nose.

One might ask if it is legitimate to equate the history of the Democrats with the performance of Hillary Clinton as the movie does. D’Souza replies: ‘If you really think about the Democratic Party’s arguments for Hillary this year, it would go something like this: “Yes, Hillary Clinton has made mistakes. But nevertheless she is the leader of a good party. A party that has stood up for blacks and for immigrants and outsiders. A party that has helped to secure civil rights and women’s rights.” My point is that this underlying morality tale is in fact false. The Democratic Party has been the party of slavery, segregation, lynching, forced sterilisation, and I could go on. People do not know this. The point is not just history for its own sake. It is to disrupt the illegitimate claim of the Democrats, who claim to have been always fighting for the right side of history.’

D’Souza taught me to turn tragedy into triumph. For more than a couple of years I had experienced the vengeance of a purple-cassocked Captain Ahab in hot pursuit of Moby Dick. The spectators in the gallery had been frothing at the mouth expecting to hear that their vicar had been found guilty of a sizzling scandal. A sexcapade with the organist’s wife? Heresy? Embezzlement? Good heavens, no! I had actually contributed £4,000 from my own savings to resurface the tarmac of my church’s car park.

Captain Ahab’s harpoon hunt fizzled out like a wet Anglican sermon. I got busted for a minor spat with a church cleaner! The Journal of Clinical Psychology assures me that I can blame the spat on my cat. Really! They say 22 per cent of adults suffer from Intermittent Explosive Disorder (IED) because they are infected with Toxoplasma gondii from their cat. But what about bishops who preach heresy, clergy who marry their same-sex partners in defiance of biblical and church law, and almost every Christian—lay or ordained—who has lost their shirt at some point in their lives? Will they be put in the naughty corner? ‘They’re never caught because the system doesn’t go after them, and the reason for that is they are too well connected within the system, they run the system,’ says D’Souza.

But all is not lost. Dinesh and I share an old joke that does the rounds in Mumbai. ‘Who is more powerful: the ant or the elephant?’ ‘The elephant, stupid! But wait until the ant has crawled up the elephant’s ear. Then you’ll see who is more powerful.’ An Indian immigrant’s books and movies have done to Obama, Clinton and leftist Democrats what the ant does to the elephant. Surely, we too, can do some damage to “criminals” who run the establishment of church and country?

Keep it up, yaar Dinesh! Let’s meet up for a chai soon. And thanks for teaching me to wear my conviction as a badge of honour like a real ‘rebel priest’!