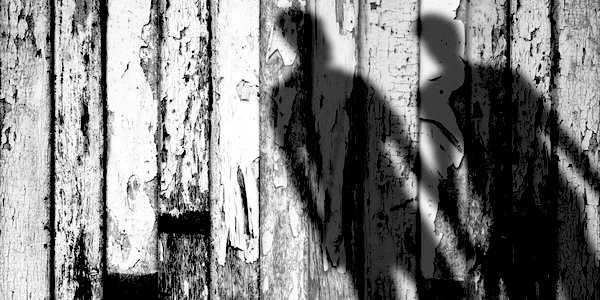 Ten white Anglicans out to save the world

Ten white Anglicans out to save the world

And if one white Anglican should accidentally come unfurled

There’ll be nine white Anglicans out to save the world.

– Sung to the tune of Ten Green Bottles

Since the first caveman hunted for his first cavewoman, Homo sapiens has trodden the pedestrian path of traditional sexuality. How boring! Now we have a new gospel for the primitive barbarians of the Third World. Ten white Anglican knights in shining sexual armour will soon be marching across dark continents to save us all from the vestiges of the primordial forms of our binary and bigoted sexuality. The Jayne Ozanne Foundation (JOF) is on a global mission to civilise the sexual savages of this world.

I don’t blame them. If you are a virtuous cloister of ten white, monochrome, middle-class, middle-aged, well-educated, mostly Oxbridge (never Uxbridge!), mostly Church of England clerics, swearing by the same Left-wing ideology, and astoundingly non-diverse in your composition, wouldn’t it be exciting to add some paint and pizzazz to your insipid middle-England existence and form a charitable foundation to preach the gospel of sexual diversity to the nations?

Our ten white Anglican ‘sex missionaries’ are the trustees of JOF, announced at the beginning of the New Year. Their chairman is Bishop Paul Bayes, patron of Gay Pride in Liverpool. When I was a member of Justin Welby’s Task Group for Evangelism, Bayes was second-in-command. Clearly, he now has the gospel of sexual diversity to preach to the nations.

Other ‘influential’ trustees include David Ison, Dean of St Paul’s Cathedral; Colin Blakeley, editor of the evangelical Church of England Newspaper (his inclusion in this group has led to the Rev Julian Mann stating he will no longer write for the paper); and Dr Stephen Barclay, Senior Lecturer in General Practice and Palliative Care, University of Cambridge.

Snow White was far more diverse and inclusive. At least she had seven dwarfs. I put the list of JOF trustees under the microscope, searching for the token one-eyed, vertically challenged, black, transgender, lesbian, of part-Chinese descent, who is obese, dandruff-ridden, dyslexic, lives off benefits and failed high school, but my search for diversity among the trustees was in vain. The old boy (and girl) C of E network clings to uniformity like iron filings to a magnet.

What, then, are the noble goals of this august body that bears the postmodern white man’s burden? ‘The new foundation has been set up to help educate and advocate on LGBTI and gender rights around the world, particularly within religious organisations that are opposed to non-heterosexual relationships. In addition, it will look to foster good relations inside religious organisations that hold conflicting views on sexuality and gender issues,’ explains the JOF website. ‘We believe in just love for all!’ its motto trumpets, and you can almost hear the Beatles belting out ‘All you need is love’ from the Bose hi-fi in Ozanne’s bedroom.

When ten white Anglicans start speaking in the tongues of Marx and Marcuse and tell us they have a vocation to take the gospel of LGBTI-gender rights to the uttermost parts of the earth, one looks for substance behind the slogans. No doubt, Christians should stand up for persecuted homosexuals, as Andy Hunter, Scotland Director of FIEC (Fellowship of Independent Evangelical Churches) persuasively argues. As a journalist in India, I would walk up to cops who were harassing gays and ask them to stop. The cops made a sadistic sport of targeting gays hanging out in Mumbai’s ‘hotspots’ to meet similarly inclined folk. I still get upset when Indians I know make fun of gays who were our mates in school.

But I am also outraged when militant homosexuals trap Christian bakers or florists or photographers and deprive them of their freedom of religion and their right to conscientiously object to participating in a ‘gay marriage’. I am incensed by LGBTI activism that seeks to brainwash children into accepting what the cultural Marxist academic Herbert Marcuse sought to promote as ‘polymorphous perversity’.

So how is JOF going to campaign for LGBTI-gender rights ‘particularly within religious organisations that are opposed to non-heterosexual relationships’? Surely they would have to begin with Islamic countries where homosexuality is punishable by death: Yemen, Iran, Mauritania, Nigeria (in states that have adopted Shariah law), Qatar, Saudi Arabia, Afghanistan, Somalia, Sudan and the United Arab Emirates. How are our ten magnificent white crusaders going to challenge the most virulent form of gay discrimination endemic in Islam?

When I enquired about the composition of JOF’s trustees, Ms Ozanne kindly wrote to me that ‘good governance should never be about “representation” of groups, but a collection of skill sets that ensures the charity can be effective in its legal duties, and is able to recognise when it needs to draw on external expertise when needed’. She also clarified that JOF has ‘specifically ensured broader representation across the denominations with our Council of Reference’. That shifts the goalposts of the diversity agenda quite conveniently, doesn’t it?

So what experience do the trustees have in challenging discrimination against real victim groups? We don’t see any of the trustees remotely resembling Ayaan Hirsi Ali and campaigning against Female Genital Mutilation, or ISIS throwing gay men off rooftops, or Pakistani men raping white underclass girls on an industrial scale in the Muslim-dominated Shariah zones of Britain.

All we smell is the stink of neo-colonial assumptions underlying the performative contradictions of JOF’s objectives.

Assumption 1: Traditional indigenous religions in their current orthodox forms are flawed when it comes to sexual morality and need ten white Anglicans to correct them.

Assumption 2: LGBTI-gender rights have universal legitimacy because they are based on a set of universal moral truths. Sadly, for centuries savage aborigines like us have not discovered these truths, but Enlightenment has finally dawned from the bowels of Oxford.

Assumption 3: LGBTI-gender injustices are at the top of the hierarchy of evil. The genocide of Christians in parts of the Muslim world does not even feature on this ladder of injustices.

Assumption 4: Liberal, Western, gay rights activists hold the golden interpretative key to the scriptures of all religions. Christians who oppose homosexual acts have ‘a simplistic and ill-informed view of the Bible’, Ozanne condescendingly claims. Many of these Christians come from Africa’s ‘heart of darkness’, which actually poses the biggest threat to the pansexual liberation movement within Western Anglicanism.

Assumption 5: Virtue is cultivated by gratifying the desires of the flesh. This contradicts every religion, which calls for self-denial as a vehicle for virtue. There is an imperative to be who I am, and that means embracing my gay desires, says Ozanne in a debate with the New Testament scholar Robert Gagnon. There is an imperative to deny who you are; Jesus did not come to gratify people’s innate desires, he called people to repent of sin, replies Gagnon.

Here’s my challenge to the trustees of JOF. I’ll contribute towards Bishop Bayes’s air fare when he leads a Gay Pride march in Riyadh. I’ll send a cheque to JOF when Jayne Ozanne delivers her lecture on conversion therapy at Al-Azhar University. Until then, I’ll sing ‘Ten white Anglicans . . . nine white Anglicans . . . eight . . . seven . . . six . . . five . . .’