‘Rebel Priest’ Rev Jules Gomes: Trump may opt for a one-state solution to the Palestinian question 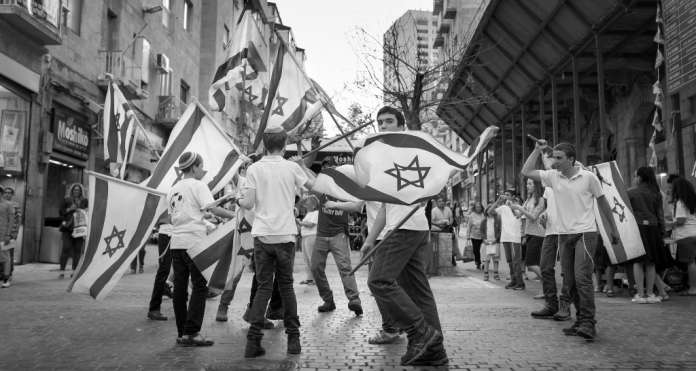 Can Mike Pence or David Friedman be the new Arthur Balfour? If the Balfour Declaration of 1917 sowed the seed for the Jewish nation, can a Trump-Pence-Friedman Declaration of 2017 give birth to a one-state solution for both Jewish and Palestinian peoples? Is this why President Obama attempted a late-term abortion at the UN, hoping to destroy the baby in the womb of the twenty-first century Balfourians about to occupy the White House?

Donald Trump activated a ticking time bomb when he chose David Friedman as the US ambassador to Israel. Four months before his nomination, Friedman had written an op-ed for Arutz Sheva, debunking the two-state solution with a Dickensian-like introduction: ‘There has never been a“two-state solution”—only a “two-state narrative.”’ Friedman is an Orthodox Jewish attorney, who speaks fluent Hebrew and refers to the West Bank by its biblical name of Judea and Samaria.

When Trump nominated Friedman, Friedman’s first response was that he would relocate the US Embassy to Jerusalem. A week later on the eve of Hanukkah, President Obama played the role of the Seleucid tyrant Antiochus Epiphanes by abstaining from a historic UN vote on Resolution 2334 ‘expressing grave concern that continuing Israeli settlement activities are dangerously imperilling the viability of the two-state solution.’

What nobody seems to have spotted thus far is Vice President-elect Mike Pence’s support for the one-state solution. Pence, an evangelical Christian and Governor of Indiana, penned adust jacket blurb endorsing a book by the Israeli-American conservative Caroline Glick. The book The Israeli Solution: A One-State Plan for Peace in the Middle East (2014) outlines the roadmap for a radical shift from what Glick terms the “Middle East’s beloved chimera” of a two-state solution.

While Trump’s personal position on Israel is unclear, there are strong hints that the Pence-Friedman duo could steer him in the direction of a one-state solution.  The Trump household is positively Jew-friendly. His daughter Ivanka converted to Orthodox Judaism before marrying Jared Kushner. His son Eric is married to Jewish TV producer Lara Yunaska. His younger daughter Tiffany is dating Ross Mechanic, a Jew. Donald Jr. is married to Vanessa Haydon who is Jewish.

Trump may or may not be conservative, but the paradox is that you don’t have to be right wing to adopt the one-state solution! A decade before Glick, leftist academic Virginia Tilley declared the demise of the two-state solution. Tilley argued that Jewish settlements in the West Bank had ‘carved Palestinian territory into a vestige too small to sustain a viable national society’ and hence ‘only one state can viably exist in the land of historic Palestine between the Mediterranean and the Jordan River.’ ‘The one-state solution, would resolve the entire conflict in one magisterial gesture and is already an impending reality,’ she wrote in The One State Solution: A Breakthrough for Peace in the Israeli-Palestinian Deadlock, published by the University of Michigan Press (2005).

Tilley argued that the one-state solution would scare conservatives committed to a Jewish state because Israel would be demographically doomed by the growth of the Arab population. Over a quarter of the Palestinians favoured a one-state solution, her research revealed. Moreover, the two economies are already fused together by trade, labour, and natural resources.

In 2013, a consortium of left-wing academics and activists again loudly argued for a ‘single democratic, secular and multicultural state in all of historic Palestine’ since Israel had ‘checkmated itself’ through the growth of settlements. Again, according to the authors of The Failure of the Two-State Solution: The Prospects of One State in the Israel-Palestine Conflict conservatives would oppose the one-state solution because the number of Palestinians would equal and even exceed the number of Jews by 2017.

In 2015, Padraig O’Malley wrote The Two-State Delusion: Israel and Palestine — A Tale of Two Narratives, which includes interviews with 115 Israeli, Palestinian and American officials and academics. O’Malley argues that while Jews view the issue through the prism of the Holocaust, Palestinians view it through the prism of permanent humiliation rendering their two narratives at variance. Again, the demographic problem raises its head, estimating that by 2030, Palestinians will constitute about 56 per cent of the population.

But if Pence and Friedman are convinced that Glick is right, they will tackle the demographic bogeyman head on and press ahead with a one-state solution. Glick examines the demographic data afresh and debunks the 1997 census conducted by the Palestinian Authority as fraudulent.

While the census was carried out, Hasan Abu Libdeh, director of the Palestinian Central Bureau of Statistics (PCBS) had publicly called the poll a ‘civil intifada.’ The PCBS claimed that there were 2.86 million Palestinians in the West Bank in 1997 and that by 2015 the number would grow to 5.81 million.

Glick shows how the PA inflated the number of Palestinians by 50 per cent and lied about demographic trends in birth rates and immigration to grossly exaggerate the assessments of futuregrowth. Her research proves that the ‘demographic time bomb is a dud.’ Even if Israel grants citizenship to all Palestinians living in the West Bank, Jews will retain a two-thirds majority. (Gaza would remain a self-governing Palestinian territory under the one-state solution).

There is already a model in the making. From 1997 to 2003, 105,000 Palestinian Arabs were granted Israeli citizenship and live in Israel. They enjoy the same civil rights and legal protections as Israel’s Jewish citizens, while Palestinians, especially Palestinian Christians living under PA, rule lack freedom of religion, property and speech.