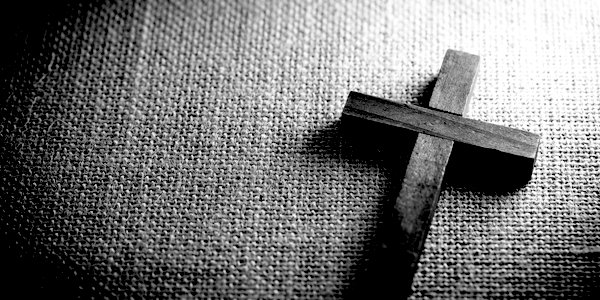 Rodney Stark is not a Christian. He is an agnostic. He holds the position of Distinguished Professor of the Social Sciences at Baylor University, Texas. He has undertaken extensive sociological research to explain the phenomenal growth of early Christianity.

‘How did a tiny and obscure messianic movement from the edge of the Roman Empire dislodge classical paganism and become the dominant faith of Western civilization?’ is his key question in his book The Rise of Christianity: How the Obscure Marginal Jesus Movement Became the Dominant Religious Force in the Western World in a Few Centuries.

Stark estimates that there were no more than a thousand Christians in 40 AD. However, by the third century, Christianity was growing at the rate of 40 per cent per decade. There were 33million Christians in the Roman Empire out of a total population of 60million by 350 AD. Christians were so numerous at the dawn of the fourth century that Emperor Constantine found it politically expedient to embrace Christianity.

Stark claims that the Jesus movement grew exponentially in the Roman Empire because Christians were so audaciously counter-cultural and utterly unashamed of their distinctiveness that pagans were drawn to the new faith.

During epidemics, Roman priests and doctors fled but Christians heroically cared for the dying knowing they too could die. Roman society regarded mercy and pity as pathological emotions but Christians behaved mercifully because they had received mercy from God. Christian nobles treated slaves like brothers.

Romans commonly left their newborn daughters outdoors to die. Abortion was a major cause of death among women. But because Christians rejected infanticide and abortion, women flocked to become Christians. Christians frowned on divorce, incest, marital infidelity and polygamy so women who had fallen foul of these problems joined the church. Christians also cared for many widows.

When Christians were thrown to the lions, they demonstrated exemplary courage and by their deaths saved others. Stark confirms that it was this display of character and virtue that led to this sectarian group winning over the world’s mightiest empire.

Biblical scholars have also begun to read the New Testament as a subversive resistance narrative against the myth, might and monopoly of the Roman Empire. Government sucks. Caesar stinks. Bigger government, smaller Christians. Christians were persecuted because they refused to burn incense to Caesar and worship the state as deity. This would be idolatry – the cardinal sin.

Idolatry and emperor worship is not a problem for David Ison, Dean of St Paul’s Cathedral, and Paul Bayes, Bishop of Liverpool. They are tugging the apron strings of the nanny state and pleading with her to strip the Church of England of its ‘exemption’ under the Equalities Act which allows it to discriminate on the basis of sexuality, marital history and gender.

‘We have got to come to terms with the reality of the world we’re in and we’re not doing that. That is why we’re becoming disconnected from society,’ says Ison,  defending Canon Jeremy Pemberton, a gay priest who was blocked from being a hospital chaplain after marrying his partner and who lost his Court of Appeal case under the Equalities Act.

Ison is wrong. Stark and others have shown that the church becomes irrelevant precisely when it marries the zeitgeist – the spirit of the age.

Ison and Bayes are also wide of the mark from a constitutional and legal perspective. First, what they call ‘exemptions’ are actually ‘balancing clauses’ that balance one right, such as ‘freedom of religion’, against another right, such as ‘the right not to be unfairly discriminated against’. What is important to note is that it is the rights and not the agenda of different groups that are balanced by these clauses.

Secondly, the redefinition of marriage has created two parallel definitions of marriage. A) The Christian definition of marriage between one man and one woman. B) A new category of civil marriage based on a union of two people of any mix of genders. If Bayes and Ison are asking for a change in the law, they are actually asking the government to abolish the first category, which has existed since the very beginning of English, Irish and Scottish law.

Thirdly, from a theological point of view – the church is called upon to discriminate! St Paul categorically states that the church should have nothing to do with anyone who is an idle sponger and won’t earn their bread, greedy, a slanderer, a drunkard, a swindler or sexually immoral.

From a human rights perspective, some form of discrimination is necessary to protect people’s human rights. For example, as a man I definitely should be discriminated against so that I cannot use the ladies’ showers at the swimming pool. Anyone who argues otherwise is putting women’s rights to safety at risk.

From a political perspective, discrimination is necessary for a free society to function. The right to freedom of association depends on some measure of appropriate discrimination. The Labour Party should discriminate against me and refuse me membership because I am a Conservative!

‘You are the salt of the earth,’ Jesus said to his disciples. Martin Luther reminded us that ‘Christ has commanded the salt to be sharp and continually caustic. If you want to preach the Gospel and help people, you must be sharp and rub salt into their wounds, showing the reverse side and denouncing what is not right’. The tragedy is that some Christians would like to be ‘the honey pot of the world’, remarked the great reformer.

Christianity grew exponentially in the Roman Empire because Christians were ‘salt’ who flavoured, not favoured, their culture. Two thousand years later, the Church of England’s hierarchy is hell-bent on reversing this subversive trend and prostrating itself on the idolatrous altar of state and society.