NewsPaperthe art of publishing
HomeNews'Rebel Priest’ Rev Jules Gomes: In Wonderland, Conservative means whatever the May...
30 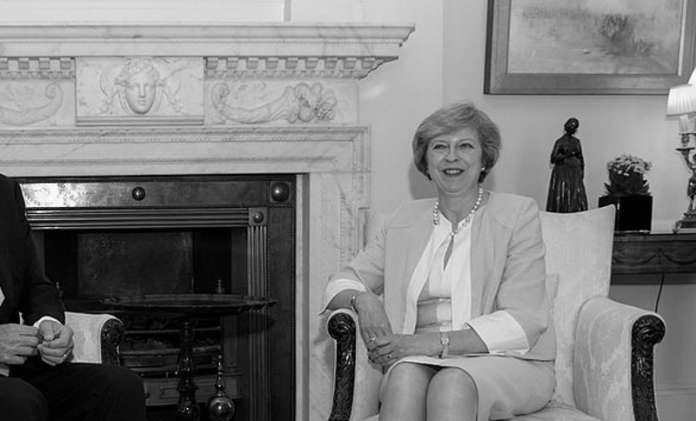 ‘When I use a word,’ Theresa May said, in rather a scornful tone, ‘it means just what I choose it to mean—neither more nor less.’ ‘The question is,’ said Alice, ‘whether you can make words mean so many different things.’

‘Yes,’ said Theresa May, ‘I can.’ ‘Really?’ asked Alice, with a puzzled frown. ‘Please Ma’am, can you give me an example?’ ‘Oh dear! Don’t they have broadband down that rabbit-hole of yours? Haven’t you downloaded a copy of my election manifesto? Alice paused. Once or twice she had peeped into the book her sister was reading. It was called Forward, Together: Our Plan for a Stronger Britain and a Prosperous Future, but it had no pictures or conversations in it, and ‘what is the use of a book,’ thought Alice, ‘without pictures or conversations?’

There was only one picture of Theresa May, looking rather like the May Queen—a mock relative of the Mad Hatter and the March Hare, and she looked nothing like Mrs Margaret Thatcher, the Iron Lady who could get Alice out of the rabbit-hole. Alice’s disappointment showed in her downcast demeanour.

‘I know what you’re thinking, child!’ said the May Queen, patting Alice’s head patronisingly. ‘Now. You want me to give you an example of how I can make a word mean so many different things, don’t you?’ ‘Yes, Ma’am,’ said Alice, for she had plenty of time as she went down into the rabbit-hole to look about her, and to wonder what was going to happen next.

‘Conservative!’ said the May Queen suddenly and very loudly. Startled, Alice jumped up like the White Rabbit. Theresa May, the May Queen, was standing with a magician’s hat in her hand. ‘See what I can do with this word as I pull it out of my hat,’ said Mrs Magic May. ‘Conservatism is not and never has been the philosophy described by caricaturists. We do not believe in untrammelled free markets. We reject the cult of selfish individualism. We abhor social division, injustice, unfairness and inequality. We see rigid dogma and ideology not just as needless but dangerous.’

Like a wisp of smoke from the Hobbit’s pipe in The Lord of the Rings, the words were rising from Magic May’s hat as she spoke them out and smoked them out. ‘But, Ma’am, Abraham Lincoln defined conservatism as a “preference for the old and tried, over the new and untried.” Have you defined “conservatism” in your manifesto? Most people I talk to don’t even know what it means. Instead of reacting to caricatures shouldn’t you have defined the term in your manifesto? Isn’t it best if the Conservative Party went back to first principles and made policy on the basis of those principles? Can you not start by simply defining “conservatism” as the attempt to conserve the best of the wisdom of the past?’

(For, you see, Alice had learned several things of this sort in her lessons in the schoolroom, and though this was not a very good opportunity for showing off her knowledge, as there was no one else to listen to her, still it was good practice to say it over to the Prime Minister and the Leader of the Conservative Party.)

‘Hush, child, listen!’ said the May Queen, an unexpected hoarseness in her voice, like a ventriloquist’s dummy struck down with laryngitis. ‘Did you or did you not ask me how I could make a word mean so many different things? Is that not what I’m doing with the word “conservative”? Let me quote from my Manifesto: “We believe these things not despite the fact that we are Conservatives but because we are Conservatives.”

‘“We must reject the ideological templates provided by the socialist Left and the libertarian Right and instead embrace the mainstream view that recognises the good that government can do,”’ the May Queen was reading from the Manifesto she had pulled out of her magician’s hat and was waving around like a wand.

‘But don’t we, as conservatives, need to clearly define our ideology? Like you, I don’t like the word “ideology”, but can’t we call it our philosophy or principles? I remember reading Edmund Burke, the father of conservatism, in school. “Whatever each man can separately do, without trespassing upon others he has a right to do for himself, and he has right to a fair portion of all which society, with all its combinations of skill and force, can do in his favour. In this partnership, all men have equal rights but not to equal things….” Couldn’t we simplify that and tell people that the essence of conservatism is freedom?’ replied Alice, emboldened by her ability to remember what she had learned by rote.

‘Fff—rrr—eee—dom? Ha!’ shot back the May Queen contemptuously stressing every syllable of the word and elongating with determined elasticity smaller parts of the word which were not syllables. ‘Care to explain that, Miss Alice?’ she said with a sneer.

Poor Alice was stuttering. ‘Well…f…f…freedom from government, for one…don’t conservatives believe that government is part of the problem, rather than part of the solution? Freedom from state socialism and paternalism… freedom from the tyrannical utopian dreams of the Left that end in gulags and dystopias and nightmares… freedom from the idolatry of change for the sake of change… and the belief that new is always better… Freedom from the nanny state and the thought police who want to control even our thoughts and emotions…’ As she spoke, Alice grew taller and taller until she was towering over the May Queen.

‘Curiouser and curiouser! cried Alice (she was so much surprised, that for the moment she quite forgot how to speak good English); ‘now I’m opening out like the largest telescope that ever was!’ ‘Your manifesto is a fraud! It is certainly not conservative. It’s not even good pragmatism and populism. From what my sister tells me, it’s been put together by a magpie picking up shiny trinkets from every political party and ideology and I hate it.’ Alice spoke animatedly, but she was on the verge of tears.

‘I’ll tell you what conservative means! It means holding to your Judeo-Christian values. It means taking responsibility for your actions. It means creating wealth rather than stupidly redistributing it. It means the individual is more important than the State. It means conserving the traditional family headed by married father and mother. It means conserving traditional institutions like the church. It means believing in the sanctity of all life and not killing babies in their mother’s womb. It means allowing business and entrepreneurship to flourish and more deregulation. It means the bigger the government, the smaller the citizen. It means real community not fake collectivism. It means human beings are not perfectible and neither are political institutions. It means rejecting the identity politics of race, gender and sexuality that you have inserted into your manifesto!’

The dam broke and Alice burst into a torrent of tears. ‘I know I’m going to get none of this if you win the election,’ she sobbed helplessly.

‘There, there, you need to read the entire manifesto. It’s only 88 pages long,’ said the May Queen. How was she to comfort a distraught Alice? She picked up her manifesto and went back to reading it. ‘Conservatives believe that if you value something, you must be prepared to reform it in order to conserve it….’

‘Isn’t this a bit upside down and back to front?’ Alice wondered. Shouldn’t it read “conservatives believe that if you value something, you must be prepared to conserve it in order to reform it,” she pondered. And here Alice began to get rather sleepy, and went on saying to herself, in a dreamy sort of way, ‘Do cats eat bats? Do cats eat bats?’ and sometimes, ‘Do bats eat cats?’

(Image: US Dept of State)