NewsPaperthe art of publishing
HomeNewsA referendum should settle an argument not start one, Mr Blair
174

A referendum should settle an argument not start one, Mr Blair 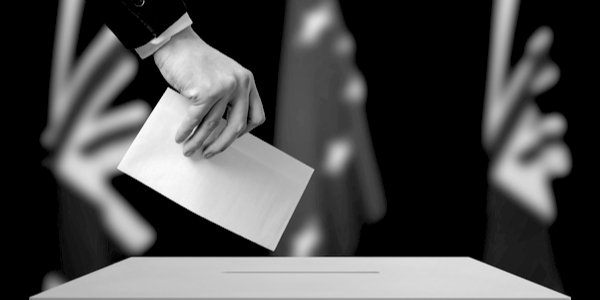 We’ve all seen this. You’re sitting on a committee, you have successfully and efficiently dealt with all the business needing a decision and the chairman is mumbling a perfunctory ‘Any other business?’ At this point the member from hell, who has been biding his time, looks up. ‘Excuse me. Looking back on item 3 I now realise we missed some points. I strongly think we need to reopen the discussion.’ Hearing an angry shuffling of papers, he adds: ‘I’m sorry, but I must insist. I know you all have work to do, but nothing in the rule book says we can’t change our mind, and it’s important that we take a properly informed decision.’ This is a technique nearly always practised in bad faith, by someone who lost the previous argument, hoping to turn to his advantage not the judgment of those present, but his own political brinkmanship and their impatience to get the matter out of the way.

Essentially this is Tony Blair’s tactic on the second Brexit referendum. For all his honeyed words on the Today programme last week about popular sovereignty and the right of the people to have the final say, his faith is as bad as anybody’s. He made no secret of his views on June 23, 2016. He has no time for the judgment of any group he and his friends can’t control; he openly desires to stop Brexit at any cost; his attitude is ‘Let’s have another vote and hope the voters are feeling so heartily sick of Brexit that they’ll just to put an end to the whole process.’ And, of course, if you then ask whether he would regard a Remain vote in a second referendum as equally provisional and open to revision you know what answer you’d get.

But this attitude of contempt for one of the largest popular votes ever garnered in the UK isn’t simply a matter of committee gamesmanship. It’s worse, in two ways.

First, it undermines a fundamental premise of any democracy worth the name. Elected governments receive a mandate from the people who choose them. They govern on their behalf and on trust for them, and it remains up to the electors to determine what kind of authority they wish to live under. The problem with those who are now asking for a repeat EU referendum is that, although they dress up their position as one of giving the people the final say, their demand is not actually for popular sovereignty at all. Rather, it is a demand that public opinion be taken not as something to be respected and loyally given effect to, but as a means to an end: as just another factor to be manipulated in the same way as any other political circumstances to get the result the second referendum advocates want because they know it is good for us.

As such, there is nothing to choose between Tony Blair’s attitude to democracy and that of the EU itself. Ireland in 2001 and 2008 voted against Nice and Lisbon respectively; Denmark in 2005 against the European constitution. TCW readers will remember that all three votes were cynically overturned within a year or so following EU machinations. The 2008 Irish poll was typical. It was condemned by the great and the good, including Will Hutton, as infected by populism; its reversal took place as if the Irish voters (to use Brendan O’Neill’s words in a hard-hitting article in the Guardian) ‘had been taking part in a multiple-choice maths exam and had failed to work out that 2+2=4′. As one matter-of-fact academic blogger put it, apparently without a shred of perceived irony, ‘the Yes campaigners learned from past experience and built a toolkit for overturning the negative result’.

The second point is that those insisting on repeated referendums lose sight of the reasons for having them at all. In a Parliamentary democracy like ours, referendums are exceptional. Since 1973 eleven have been held in the UK or a substantial part of it, three of these taking place when Tony Blair was prime minister. All have concerned questions of high principle concerning how, or by whom, the electorate was to be governed. They have involved devolution (6), the status of Northern Ireland (2), the electoral system itself (1), and of course EU membership (2). This matters. The very point of submitting such questions to a referendum, rather than leaving them as we normally do to the changes and chances of fleeting parliamentary sentiment, is that they go to the principles under which we are governed, and who is to do the governing. This is why we regard them as questions to be decided by the people as a whole, as a matter of principle, and with a degree of finality. The finality is important: referendums on constitutional questions are there to put paid to arguments about forms of government, not to start them. Therefore they should settle the matter for a substantial time, perhaps not as much as a generation, but at least for a good period of years. Sometimes indeed this is laid down in law. Under legislation of 1998, passed on Tony Blair’s watch, the people of Northern Ireland can decide whether they wish Northern Ireland to be British or Irish, but subject to a minimum gap of seven years between polls. But even if it is not expressly stated, the requirement is constitutionally implicit.

Those who argue that referendums are no big deal and that people ought to be encouraged to change their mind as often as they fancy do nothing more than devalue the idea of popular sovereignty which justifies holding referendums in the first place.