NewsPaperthe art of publishing
HomeNewsRemember Edith Cavell, you Women in Black, and hang your heads in...
37

Remember Edith Cavell, you Women in Black, and hang your heads in shame 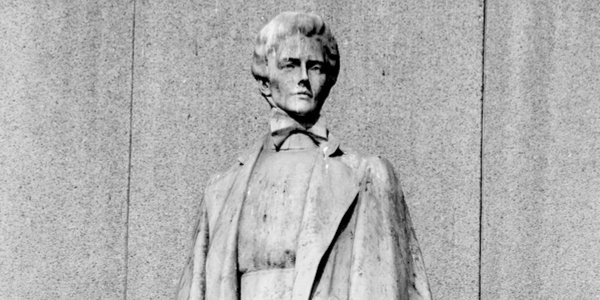 Edith Cavell was an English nurse in German-occupied Belgium during the First World War. She tended both Allied and German casualties (as all medical staff would). She also helped a number of Allied soldiers escape and may have spied for the British. She was arrested and, following a trial in which she admitted all charges, was shot at dawn by the Kaiser’s men in 1915. Her last words included: ‘Patriotism is not enough. I must have no hatred or bitterness towards anyone.’ There are a number of memorials to her, including one in St Martin’s Lane in central London.

I passed it yesterday, and was sad to see that it had been taken over by Women in Black Against Militarism and War (a ‘worldwide network of women committed to peace with justice and actively opposed to injustice, war, militarism and other forms of violence’), displaying placards stating that ‘NATO is a costly and aggressive military pact’ and that ‘every pound spent on the military is one less pound to spend on things we need, health services, social care, pensions and benefits.’

They are also clearly against history, thinking of freedom. From the top:

Edith Cavell was a patriot, who actively supported war by returning British soldiers to Britain to enable them to continue fighting. WIB could hardly have picked a less appropriate place for their demonstration – and could not have read the inscription beneath her statue.

NATO is a defence treaty, based on the principle that an attack on one is an attack on all (Article 4). There are no obligations on any NATO country to join any military operation that is not the defence of the territorial integrity of a member. Which is hardly ‘aggressive’. (NATO has been to war twice, in 1995 and 1999, both on humanitarian grounds in what was then Yugoslavia).

Is it expensive? Hard to say, but it’s certainly a bargain for European nations – including the UK – to be allied to the world’s largest and most powerful armed forces. The US contribution to the strength of NATO is enormous and costs the UK taxpayer nothing.

Much of the spending on the military is on equipment, and this creates both technological advances and jobs. It also generates exports. Cutting that spending would reduce that accumulation of technology, jobs and export revenue (and indeed has done so). So that is wrong too. Cutting the spending might well actually reduce the funds available for other government services.

All in all, the WIB are promoting a flawed agenda, based on multiple false premises, at a memorial to someone who would almost certainly not have agreed with them. And of course, these WIB also espouse feminism and their website claims that ‘We know what justice (sic) and oppression mean, because we experience them as women.’ What utter claptrap; justice is (famously) blind. And I’m pretty sure that oppression is not solely restricted to women.

The website statement goes on: ‘Most women have a different experience of war from that of most men. All women in war fear rape.’ Well, look at any war memorial in the UK, or the Commonwealth war cemeteries around the world, and see what war does to men. And let’s not forget that in 1914 it was predominantly women who were handing out white feathers and urging men to enlist.

Lenin referred to ‘useful idiots’, meaning communists overseas who undermined their countries, and the phrase was never more apt than when applied to the anti-nuclear ‘peace camps’ at Greenham Common and elsewhere in the 1980s and 1990s. But WIB are way beyond that; they have their facts wrong, their conclusions are flawed and have confused banal drivel for a compelling argument.

Do they work for the BBC?