Remember the poor downtrodden MEN who didn’t have the vote 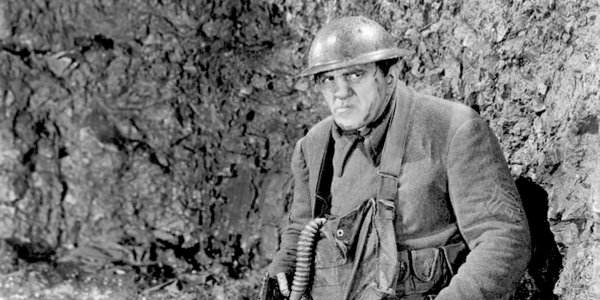 Too often, British men get a raw deal from history teachers. Slave traders, colonial oppressors, witch-hunters, warmongers, bloodthirsty tyrants, oppressors of women and so on are just part of the bad press aimed at persuading children that ‘male’ and ‘malevolent’ are often not so far apart. It comes as no surprise that Jack the Ripper is amongst the most popular online model lessons for teaching the nineteenth century to Key Stage 3 pupils (age 11-14).

Men are now losing out in the commemorations surrounding the centenary of the 1918 Representation of the People Act. In yesterday’s ConWom Belinda Brown demonstrated the extent to which votes for women was tied to the attainment of full male enfranchisement by that same Act https://www.conservativewoman.co.uk/men-won-votes-women-not-suffragettes/. She added that it was the non-violence and non-feminist good sense of Millicent Garrett Fawcett’s National Union of Women’s Suffrage Societies (NUWSS) that won the day for women, not the Suffragettes. The latter were little more than a fringe group of largely self-serving, feminist fanatics.

As Belinda explained, however, this is a narrative not supported by today’s feminists. They prefer the suffragette myth and, sadly, it is this ‘approved’ narrative that is taught in schools. It was set out in the star-studded 2015 film, Suffragette, the first to be shot in the Palace of Westminster. A host of teaching resources backed up the movie, including a Guardian feature on ‘How to teach . . . the suffragettes’.

As the teaching materials make clear, the 1918 Act should be presented as the victory of oppressed females, represented by the suffragettes, over dominating males, of justice over injustice, of liberty over subjugation. In some ways this is, indeed, part of the story although, ironically, the first woman elected to Parliament in 1918 declined to take up her seat. It is, however, far from being the whole story. If anything, suffragette violence set back rather than enhanced their campaign.

Even where Millicent Fawcett and the suffragists are included in the story, pupils are unlikely to be taught much about the central importance of male suffrage in the 1918 Act. That does not fit the feminist version of history.

Alongside 8.4million women, 5.6million working-class men were enfranchised by the Act. It would have been more had so many not perished in the Great War. These unenfranchised men had been at the core of the British army fighting on the Western Front and elsewhere against Germany and its allies. They are the forgotten cannon fodder who fought and died for King and Country even though they did not have the vote.

When we teach children about the 1918 Representation of the People Act, partial truths are not enough. They have a right to be taught about the poor bloody infantry who deserved suffrage as much as any so-called suffragettes.