Remember the heroes who freed the world from Nazi slavery 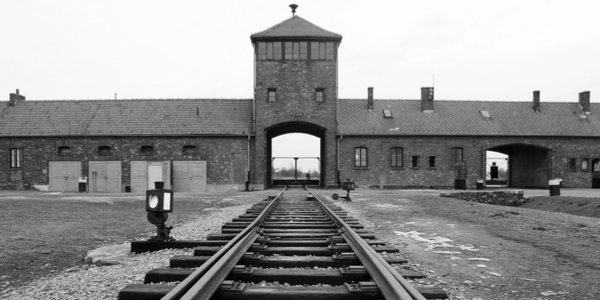 SEVENTY-five years ago today, on May 8, 1945, the Second World War in Europe came to an end. An evil that is difficult to comprehend had finally been beaten. It is not hyperbole to say that the Allied victory saved humanity from catastrophe.

An Axis victory would have meant a world of slavery and medieval cruelty. The Nazis planned a vast empire of conquered lands to their east and south. The native populations would have been deliberately starved, killing scores of millions, leaving just enough bodies to meet labour requirements. Life for the survivors would have been beyond wretched. Japan’s plans for Asia were little different. The conduct of Italy, Hitler’s junior partner, as it tried to build a new Roman Empire, was barbaric and murderous.

Our enemy was responsible for a global war which left perhaps 70million dead. Some countries suffered terribly. Belarus lost a quarter of its population; Poland a fifth. More than 20million Russians were killed; China’s figure is disputed but probably far higher.

Our relatively low casualty figure does not mean that we should underestimate Britain’s contribution to the war, or the significance of its bloody-minded refusal to give in. And of course, unlike many of our allies, Britain was there from the start. In September 1939, while we were already at war with the Nazis, the Soviets were in a direct military alliance with them in a joint venture to destroy Poland. They happily supplied essential raw materials to Germany, doubtless helping make armaments used against us, until the very day Hitler betrayed their agreement and launched his invasion of Russia.

In 1940, after Dunkirk, our position looked hopeless while Germany seemed unassailable. Parts of our political establishment concluded we had no choice but to accept a humiliating peace. Churchill thought differently. His accession to the premiership and declarations of no compromise with Nazism rallied the country.

And the people wanted to fight. The new Home Guard was almost overwhelmed with volunteers, a quarter of a million in the first twenty-four hours of its existence.

When invasion seemed a real threat, government surveys discovered belligerence and determination in the population. Investigators reported Nottingham women demanding ‘rifles and hand grenades’ and ‘working-class Edinburgh women’ vowing to fight the Germans themselves ‘if the men can’t stop them’.

Despite setbacks, privations and the Luftwaffe’s best efforts, serious anti-war sentiment never took hold. When the Blitz ended, Hitler knew he had failed to break British spirits, failed to force Churchill to negotiate and was shocked by British resilience.

Only a few opposed the war. Idiotic pacifists; some home-grown Fascists, even a sprinkling of Scottish nationalists who hoped for a German alliance against England.

Then there was the shabby collection of Leftists, from official Stalinists to Trotskyists, who opposed the war as ‘imperialist’. Until, that is, Hitler attacked the Soviet Union and the war suddenly morphed into a noble fight against fascism.

Although our situation in 1940 was bleak, we weren’t quite as alone as we sometimes tell ourselves. We had the immense population and resources of our empire.  Volunteers came from every corner, and Australia, New Zealand and Canada were with us from the start, as was British India. Although it was its imperial government, not Indians, which made its declaration of war, the country still provided the British Indian Army (the largest ever all-volunteer army) and vast quantities of labour, raw materials and manufactured goods.

Key aspects of the war barely feature in this country’s popular awareness, especially the terrible battles in which the Russians smashed the bulk of the German Army.

For every German soldier killed in the West, the Russians killed nine in battle.

But our soldiers fought as citizens of a democracy; unlike Russia, we were not a militarised totalitarian society which often forced its men to fight at gunpoint and subjected them to savage discipline. Many Russian commanders cared little about human costs, almost heedless of casualties as long as their objectives were achieved. Our generals understood the value of their men’s lives.

Though our battles were smaller than Russia’s great clashes, we still fought arduous, bloody campaigns: in Africa, the Middle East, Italy, France and the Low Countries. That’s without mentioning the war against Japan. At sea, the fight to keep Atlantic supply lines open against German submarines lasted throughout the entire war; it involved great sacrifice and heroism. Thirty thousand merchant seamen lost their lives to U-Boats.

The RAF’s efforts were even greater. The iconic Battle of Britain, although crucial in our defence, was only a tiny part of its war, costing fewer than 600 aircrew deaths. Each a tragedy, but dwarfed by Bomber Command’s losses: 55,000 dead and more than 20,000 seriously wounded or taken prisoner.

Bomber Command’s campaign has attracted much opprobrium. The huge number of German civilians it killed has led to some describing it as a war crime that was militarily worthless. Its critics point out that it failed in its task of reducing German industry’s output of war material. It’s true that this output increased significantly between 1942 and late 1944. But still, the RAF destroyed a great deal of industrial capacity. The production of steel, tanks, aircraft and all sorts of essential equipment was seriously disrupted at different times. German military requirements for supplies and equipment were never anywhere near being fulfilled throughout the war. The Allies always managed significantly to out-produce the Germans and the RAF certainly played their part in hampering German efforts.

The bombing campaign over Germany, a joint effort by the RAF and the Americans, was responsible for diverting the bulk of the Luftwaffe’s fighter strength away from the Eastern Front. This deprived the German Army of essential cover from never-ending aerial attacks by the Russians. Thousands of anti-aircraft guns and the army of men crewing them to defend against the bombing were also an asset the Germans would far rather have deployed in Russia. The famous German ‘88’ gun had a dual use as the most devastating anti-tank weapon of the war. If this had been used to stop Soviet armoured attacks, or for that matter against our own forces in Normandy in 1944, the consequences would have been horrific.  There should be no doubt that our war from the air made its own valuable contribution.

Of course we were only one of many allied nations. It certainly wasn’t just our victory. But we can look back on Britain’s participation with pride. Not just the achievements of the men who fought and sacrificed, though they should come first, but the efforts and resolution of virtually the whole country. It’s not atavistic jingoism or bloodthirstiness to recognise that not that long ago, in fact well within the span of a human lifetime, this country stood up to a force that was wicked and monstrous. Though the generations that came afterwards, my own included, can’t claim any credit for that record, we should still celebrate it as a part of our national story. Above all we should remember and honour all of those who fought to give us our freedom.