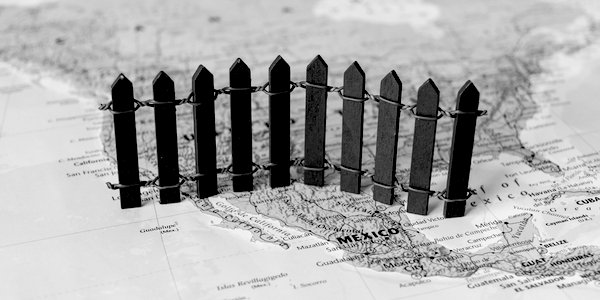 They kick people out of restaurants because of who they work for, they print fake news stories to elicit emotional reactions (this used to be called propaganda), they call everyone who disagrees with them a Nazi, and they make threats of rape against the children and the grandchildren of the President. Some of them want open borders and to destroy their own country. This is the ‘Resistance’ to the Trump administration.

Once upon a time way back when, before the internet, before Obama, people on the Left and Right used to have what were once called, in the old-fashioned language, policy disagreements. These disagreements although important were often dull, which is why the vast majority of people were not into politics – they were too busy working and raising their families, going to church and participating in their communities. Then something happened when all hell broke loose and the rape threats and shouts of Nazi become standing operating procedure by the Leftists.

I didn’t think things could get worse in the US, then the border crisis hit. No one wants to see families separated, but the Democrats were in the White House for eight years and never put together a sensible immigration policy.

Today, Trump’s choices as to what to do on the border are limited because of the case from the Ninth Circuit that said children can be detained for only 20 days, even if the family entered illegally.

The truth is that attempting to illegally break into a country was once seen as a serious matter until the Leftists thought it was time for open borders. When the American electorate made it clear by electing Trump that they were not on board for all of South America to enter the United States, he implemented a policy that all democratic governments implement against their own citizens when they break the law – he prosecuted them. This is called the rule of law and it is pretty important.

If an adult enters the criminal justice system they are separated from their children. Trump has now said that families will be kept together while the adults are prosecuted but this is limited to 20 days by the decision of the Ninth Circuit. You see the impasse here – keeping families together is unconstitutional and separating them is inhumane. It is not clear what will now happen after the 20-day limit. You see what a mess the Americans are in?

If the Democrats wanted to solve this crisis by supporting a bill that funded the wall (also known as a border), and provided for proper funding for families to be detained together while the adults are prosecuted for attempting to illegally enter another country, they could. But they won’t, because photos of screaming kids at the border make for good politics.

The Leftists want you to ignore all of this and just shout Nazi, Nazi, Nazi instead, to shut down the debate. This is a disgrace, not to mention authoritarian.

The Observer said this in an editorial: ‘There are no easy answers [to the migration crisis in the US and Europe]. But it is plain what governments should not be doing. They should not be locking up children. They should not be treating asylum seekers as criminals. They should stop denying the role their policies have played in creating this crisis. And they must make clear that it is unacceptable for any politician, anywhere, to exploit the migrant issue to advance extreme xenophobic, nationalist agendas.’

Indeed, there are no easy answers and ramping up the Nazi rhetoric does not help. If only they had started with this paragraph and left out the hyperbole and referees to ‘concentration camps’ and genocide elsewhere in the paper then we could have a civilised policy debate.

Media outlets using fake news to demonise law-abiding citizens who believe parents taking their children on dangerous journeys to illegally enter America (when they can claim asylum at a legal point of entry) is disgusting and anti-democratic.

And the extreme Leftists who want open-border anarchy, who literally want no laws to apply to those entering countries illegally, are playing a dangerous game. They are encouraging people-trafficking, child traffic and child rape, destroying their own country, betraying their fellow citizens and feeding nationalist extremism.

But most importantly: I may disagree with you on a policy but I’m pretty sure you are not a Nazi.

Print it on a T-shirt.