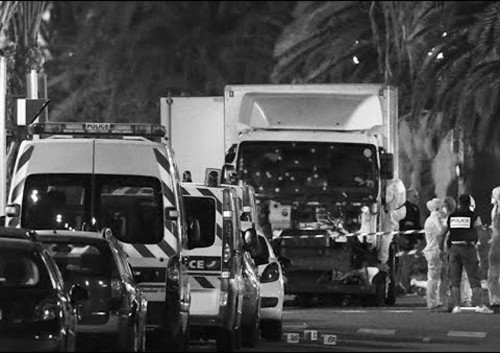 Multiculturalism as a fad is going the way of bellbottoms, broad belts with shiny buckles, and the dodo bird. Multiculturalism is going out of fashion. Last week, Poland’s Interior Minister Mariusz Blaszczak laid the blame for the Nice attack on the altar of multiculturalism. Declaring the basis of European values and culture as Christianity, Mr Blaszczak argued it cannot coexist with the culture and values of newcomers to the continent. Multiculturalism is ‘wrong’ as a concept, he said.

I should be the first to protest. My first name ‘Jules’ is French, my middle name ‘Paulinus’ is Latin, and my surname ‘Gomes’ is Portuguese. I hail from an Indian Brahmin background, but the Portuguese intruded into my genetic makeup when Vasco da Gama’s Sat Nav set him off for India. My flesh and blood spoke Portuguese in the living room to the guests and Konkani in the kitchen to the servants. At home, my wife and I eat everything from rump steak to flaming hot curry. With my credentials I could be a mascot for multiculturalism.

But multiculturalism must not be confused with culinary cosmopolitanism. For decades, integration was celebrated as America showed the world how to become a ‘melting pot’. This was the title of a play written by Israel Zangwill. Zangwill grew up in London’s East End, the son of Eastern European immigrants. “America is God’s Crucible, the great Melting Pot where all the races of Europe are melting and re-forming!” says the protagonist David Quixano in the play.

In October 1976, Jimmy Carter turned the pot into a salad bowl when he declared in his presidential address: “We become not a melting pot but a beautiful mosaic. Different people, different beliefs, different yearnings, different hopes, different dreams.”

The melting pot and salad bowl are limited analogies because the success of both depends on the culinary compatibility of the ingredients. You don’t add pork liver to a salad. Both analogies do not allow for an already existing indigenous cultural base—either in the pot or in the bowl, as well as a binding element—the curry or the salad dressing.

Of course, Britain has never been a ‘monocultural’ society. “A Scotsman, for instance, does not thank you if you call him an Englishman,” wrote George Orwell. But despite all its differences, he adds: “Still, it (Britain) is a family. It has its private language and its common memories, and at the approach of an enemy it closes its ranks.” The same could be said for the nations of Europe.

Until very recently what held Europe together was a metanarrative that had its taproot in the Judeo-Christian tradition, its secondary roots in the Greco-Roman civilisation and its prop roots in the Christian Reformation and the secular Enlightenment. Such is no longer the case. Because British culture is so inextricably woven with Christianity, atheistic secular humanists waging a war against Christianity can no longer tolerate traditional British culture as the dominant culture of this country. Multiculturalism is their answer to a Christian culture they seek to subvert.

The consequences are clear. When we no longer own our culture and are no longer proud of our country what are we going to invite outsiders to participate in? Lord Jonathan Sacks writes, “But what are immigrants supposed to integrate into? A culture of moral relativism and disrespect for traditions of all kinds? How are they to admire Britain’s institutions—politicians, Parliament, the Royal Family, the established Church—when they see them treated with disdain by the British media? How can you love a society that has fallen out of love with itself?”

Prescriptive multiculturalism is as old as the Bible. It was imposed by rulers to keep colonised subjects apart. In the biblical book of Kings, we read how the Assyrians conquered the northern kingdom of Israel in 721 BC and depopulated the capital Samaria by sending the Israelites into exile and then resettled other conquered peoples in Samaria (2 Kings 17). There was no way such a diverse multicultural group would unite and fight back. Instead, they would fight among themselves. Babylon would adopt the same foreign policy and the prophet Jeremiah warned the people of Judah about the dangers of a simmering cauldron.

Prescriptive multiculturalists suffer from historical amnesia. They forget that significant numbers of foreigners are Anglophone and Anglophile rather than Anglophobe. They should visit Mumbai and wait at the British Council Library on a Saturday to see people queuing to get hold of a P. G. Wodehouse book.

Multiculturalism perpetuates the oppression of women when cultures that practice forced marriage, honour killing, dowry, etc. are allowed to live in Britain as they lived in their countries of origin. Multiculturalism does not ensure the protection of minorities. It is the vocal and visible majorities among the minorities who benefit from multiculturalism by shouting the loudest.

Multiculturalism is the great get-out clause for some immigrants who do not want to integrate and for some elements of the host culture who cannot be bothered to work hard at welcoming outsiders. Ironically, it is racist! This happened when the Church of England failed to welcome Anglican immigrants from the Caribbean who wanted to be part of their local Church of England. They were directed to the Pentecostal Church down the road. With all its blah on inclusion the hierarchy of the Church of England is still male, pale, stale and now female.

The best advice on citizenship and integration was given by the prophet Jeremiah exiled from his Israel his home country and sent to live in Babylon.

This is the message from Israel’s God, to all the exiles I’ve taken from Jerusalem to Babylon: “Build houses and make yourselves at home. Put in gardens and eat what grows in that country. Marry and have children. Encourage your children to marry and have children so that you’ll thrive in that country and not waste away. Make yourselves at home there and work for the country’s welfare. Pray for Babylon’s well being. If things go well for Babylon, things will go well for you.”

God bless the British Isles! God save the Queen!