NewsPaperthe art of publishing
HomeNewsRev Jules Gomes: Welcome to the crazy Machiavellian world of the General...
5

Rev Jules Gomes: Welcome to the crazy Machiavellian world of the General Synod 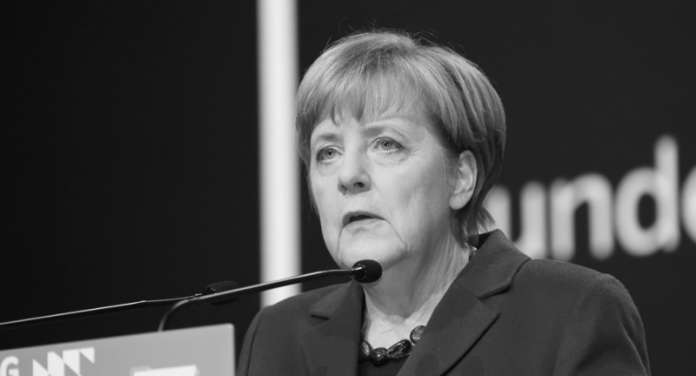 Frau Angela Merkel has ein kleines Problem on her hands. The liberal German Chancellor has upset the liberal German nudists of Saxony. They are being asked to cover up and not reveal all while swimming. The German Association for Bathing Matters has blighted their Edenic idyll with laminated billboards stating: ‘The usage of the swimming bath is only permitted in swimwear.’ This holy writ is featured in German, Albanian, Arabic and Persian.

In her liberal large-heartedness Frau Merkel has parachuted Muslim refugees and built a shelter for them right next to the nudist colony. The veiled and bearded followers of the ‘religion of peace’ have entered the Garden of Eden and are playing peek-a-boo while naturists Adam, Eva, Heinrich and Hildegard hurriedly head for the bushes. It is a problem worthy of the mind of Wittgenstein. Merkel is hoping for a Hegelian synthesis. She knows just the person who can put a patch on this torn fabric of her new world order. She picks up the phone and dials Lambeth Palace.

Erzbischof und Führer der Kirche von England Justin Portal Welby has ein großes Problem on his hands. The liberals are up in arms. The conservatives have upset their gay brethren and blighted their happy Isle of Lesbos by parading offensive Bible verses highlighted with fluorescent markers. A deluge of biblical theology is flooding their extra-large liberal hearts and like Noah they are preparing to board the ark of General Synod in pairs—male and male, female and female— praying that the rainbow colours of the new Anglican definition of marriage will soon be flying from the steeple of York Minster.

Merkel knows that her problem is worthy of the mind of Machiavelli in a mitre. So like the Queen of Sheba she makes a pilgrimage to York to observe the wisdom and wizardry of King Justin “Solomon” Welby at the July 2016 session of General Synod. If the lion can lie down with the lamb and gay-activists can dwell peacefully with Bible-bashing conservative evangelicals, surely nudists can live and bathe together in the same pool as the fully textiled.

Synod begins with prayer led by Erzbischof Welby: “In the name of the Father and of the Son and of the Hegelian Spirit. Amen.” This is followed by a reading from the New Revisionist Standard Version of the Bible co-edited by Michel Foucault, Giles Fraser and Jayne Ozanne. The reading is from John’s gospel. Jesus said to Pilate, “What is truth?” Jesus did not answer his question. Then Jesus said to the Jews, “If you abide in my word contextualised for the times, you are my disciples, and you will know relative truth, and relative truth will set you free.”

The synod mothers and fathers break-up into groups of 20 for a blessed time of shared conversations and good disagreement. They are asked to imagine one of three scenarios: a) Augustine having a facilitated conversation with Pelagius in the fourth century over the issue of salvation by grace vs. salvation by works. ‘Consider if the problem may have been cultural,’ suggest the facilitator from the United Nations. ‘Augustine was a hot-headed African.  Pelagius was a tea-sipping Englishman. The Council of Carthage was held in the heat of Africa. Do you think that is why they declared Pelagius a heretic? Do you think this is why most African bishops are opposition to homosexuality?’ The groups are then asked to visualise Augustine and Pelagius telling each other their personal stories and listening to the other with a non-judgemental attitude.

b) Arius having shared conversations with Athanasius in the third century over the divinity of Christ. The groups are asked to avoid the use of judgemental terms like ‘heresy’ or ‘heretic’. Such theology is based on a meta-narrative and there is no such thing in the postmodern world, the groups are told. They are then asked to imagine how Arianism would enrich the church if they slept ‘in different bedrooms’ and Arius was not hounded out of the church as a ‘heretic.’ A woman bishop suggests that the word ‘heretic’ should be banned because it border on ‘hate speech.’ The facilitator makes a note in his I-Pad to appoint a sub-committee and put the item on the agenda for the next Synod to debate.

c) Martin Luther having good disagreement in the fifteenth century with Pope Leo X at the Council of Worms over the sale of indulgences. The groups are asked to discuss how Luther’s insistence on the truth of the Holy Scriptures may have been because of his Teutonic Germanic cultural mindset and the invention of Gutenberg’s printing press which led to truth being viewed as permanently and authoritatively etched in printer’s ink for the whole community rather than as fluid, personal and perspectival. The groups are asked to act out a shared conversation as the Pope and Luther shared their personal faith journeys over large and frothy pints of Bavarian beer.

At this point Frau Merkel bursts into applause from the observer’s gallery. Like the Queen of Sheba she is amazed at the Machiavellian wisdom of Welby. He has rescued the Church of England from a cataclysmic split. General Synod ends with a resounding rendition of Beethoven’s Ode to Joy and Frau Merkel bids Bruder Welby a tearful auf Wiedersehen. She now knows how she can get liberal nudists and militant Muslims coveristas to swim together in the same pool. Three phrases are dancing Strauss waltzes in her head. Good disagreement! Facilitated conversations! Shared conversations! Who knows what she can now achieve? Muslim women in fig-leaf bikinis. German women in ornate hijabs. Muslim men in Dolce & Gabbana swim shorts. German men in flowing Arabic thawb. A Hegelian dream come true. Thesis. Antithesis. A new synthesis. Turkey joining the EU. World peace.

Before Merkel boards her EU-regulation approved Messerschmitt for Berlin she has one more person to meet. That evening at the Synod dinner she heads for Britain’s first female nudist bishop Karen Gorham. After a firm handshake Frau Merkel asks if Bishop Karen will accompany her to Saxony as head of the team of facilitators Frau Merkel is putting together to solve her ein kleines Problem. Bishop Karen immediately agrees. She has only one request. Would Frau Merkel be willing to stop over at Cambridge University and pick up economics lecturer Dr Victoria Bateman from Gonville and Caius College? Bishop Karen would like the anti-Brexit nudist protester to be her associate facilitator at the ‘facilitated conversations’ around the nudist-Muslim swimming pool in Saxony.