NewsPaperthe art of publishing
HomeNewsRev Julian Mann: After Paris we need the Prince of Peace more...
49

Rev Julian Mann: After Paris we need the Prince of Peace more than ever 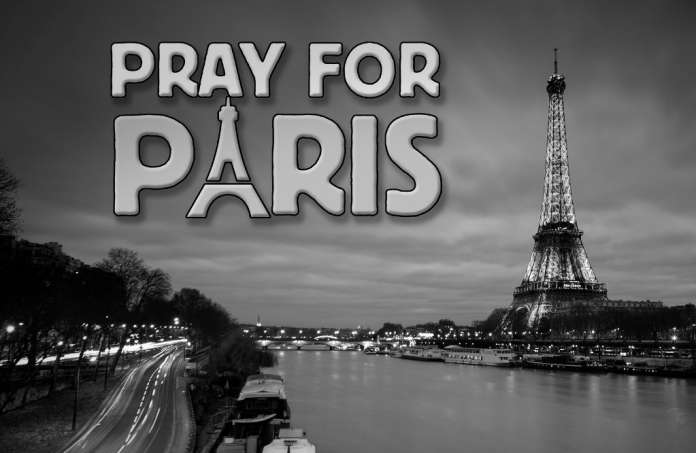 The BBC World Service in its early Saturday morning news bulletins on Friday night’s terrorist atrocities in Paris did not report that Islamists were responsible. It was necessary to go to The Daily Mail website for the truth.  In its early reports, it called them ‘jihadist’.

Certainly, when it reported IRA terrorist attacks in London from the 1970s to the 1990s, the BBC would indicate that an atrocity was a ‘suspected IRA attack’ or ‘bore all the hallmarks of the IRA’ before the perpetrator(s) had been officially named.

It is right that all British news services, including the BBC, should avoid the term ‘Muslim’ in describing these attacks because many Muslims both in France, in this country and around the world deplore this evil. But surely the British state broadcaster is doing the public a disservice by refusing to use the term ‘jihadist’ or ‘Islamist’ in its early reporting of such terrible events, when it is already clear that these descriptions are accurate?

As for preventing such atrocities in Britain, it is surely highly unlikely that greater state surveillance powers over the general public’s internet use and telephone conversations would be especially effective. Surely, those determined to commit these evils are determined enough to avoid the electronic spaces that most of us use? Surely, the intelligence services, who have such a very important job to do should be, in the right sense of the word, discriminating and concentrate on potential jihadists?

What would have made a difference in Paris is if one of the Islamists involved in planning the attacks had became a follower of the Prince of Peace, the Lord Jesus Christ, in the run-up to the atrocities. If he or she had come to realise that what was being planned was absolutely wrong, according to their new transcendent values, and realised that they had a moral duty to inform the authorities, then many lives could have been saved.

In these terrible times, the Book of Common Prayer’s Collect For Aid against all Perils is so very necessary:

‘Lighten our darkness, we beseech thee, O Lord; and by thy great mercy defend us from all perils and dangers of this night; for the love of thy only Son, our Saviour Jesus Christ.’

Share
Facebook
Twitter
WhatsApp
Email
Previous articleAndrew Symes: Christians should speak openly about their faith. How else will the young learn of Jesus?
Next articleKathy Gyngell: France combats jihadists worldwide. It deserves gratitude not blame