NewsPaperthe art of publishing
HomeNewsRev Julian Mann: The Apostle Paul – a magnificent counter-weight to our...
2

Rev Julian Mann: The Apostle Paul – a magnificent counter-weight to our own decadent times 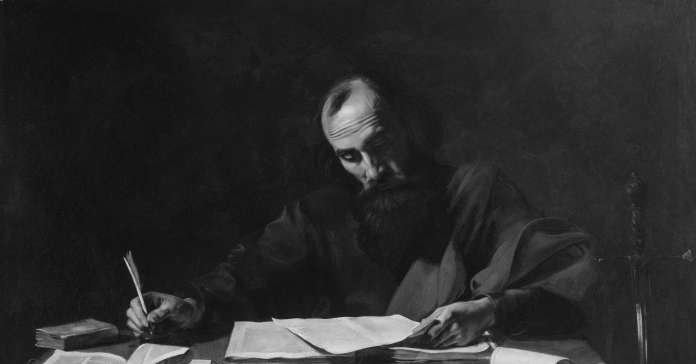 The Apostle Paul, whose conversion to Jesus Christ the Church of England commemorates today (Sunday January 25th), was a counter-cultural, transformative force for good in the pagan Roman Empire of the First Century AD. The legacy of his New Testament writings is just as counter-cultural and potentially transformative in Western society today.

The problem is that the older Protestant churches of the Western world by and large are not listening to Paul. If they did, then their churches would have a spiritual future and would not be on the brink of numerical and financial meltdown.

Here are three ways in which Paul’s teaching is wonderfully counter-cultural:

1). He taught transcendent divine truth, God’s Word for the world from outside the world. He insisted that the gospel he preached ‘came through a revelation of Jesus Christ’ (Galatians 1v12). He was not a popularity junkie or a poll maniac. He wanted to do good as God defined it.  He was thus the antithesis of the morally relativistic, spinning, managerial ‘leader’ of our time.

But he was not inflexible in his methods or culturally rigid. He was prepared to adapt his outward cultural mores for the sake of the people he wanted to come to eternal salvation. That is the context for his famous saying in 1 Corinthians 9v22- ‘I have become all things to all men’. He was thus also the antithesis of the sharia-driven fanatic.

2). He insisted that the only right context for the expression of sexual love was the God-created institution of heterosexual marriage. That is the spiritual and moral framework for his famous statement in 1 Corinthians 7v9 – ‘it is better to marry than to burn’. He was not anti-sex. He was strongly in favour of married couples enjoying an active sex life: ‘The husband should give to his wife her conjugal rights, and likewise the wife to her husband’ (1 Corinthians 7v3 – RSV).

3). He celebrated the complementarity of the sexes. The charge of misogyny against him is absurd. He affirmed the ministry of women, describing two named women in his letter to the Philippians as his fellow workers in the cause of the gospel (see Philippians 4v2-3). But he taught that the teaching office in God’s church was a man’s job (see 1 Timothy 2v8-15 and 1 Corinthians 14v26-40).

For the transcendent truth he proclaimed, Paul was prepared to suffer, demonstrating his authenticity as a divinely-appointed Apostle. The Acts of the Apostles describes his sufferings for the Lord Jesus Christ, which included beatings, imprisonment and shipwreck. Whilst the conditions of his imprisonment under house arrest in Rome, as described in Acts 28, appear to have been relatively benign, his last imprisonment in Rome under the emperor Nero was harsh and brutal. Paul, a man then in his 60s of high intellectual calibre who was guilty of no crime against good order and civic decency, would have been confined in an underground dungeon – to all intents and purposes a cold, damp, vermin-infested hole in the ground.

But by God’s grace his conversion had worked. He was prepared to die for Christ, not as a suicide-murderer but as an unarmed victim of State persecution. He wrote in his last letter, 2 Timothy: ‘For I am already on the point of being sacrificed; the time of my departure has come. I have fought the good fight, I have finished the race, I have kept the faith. Henceforth there is laid up for me the crown of righteousness, which the Lord, the righteous judge, will award to me on that Day (the second coming of Christ), and not only to me but also to all who have loved  his appearing’ (2 Timothy 4v6-8 – RSV).

Here is the Church of England’s Book of Common Prayer Collect concerning the conversion of Paul, which surely serves as an urgent prayer for the Christian churches of the rapidly degenerating West:

‘O God, who through the preaching of the blessed Apostle Saint Paul, hast caused the light of the Gospel to shine throughout the world: Grant, we beseech thee, that we, having his wonderful conversion in remembrance, may shew forth our thankfulness unto thee for the same, by following the holy doctrine which he taught; through Jesus Christ our Lord. ‘

Share
Facebook
Twitter
WhatsApp
Email
Previous articleLaura Perrins: The Big Brother State encroaches yet further on family life
Next articleReader’s Comment of the Day: The serfs are the poor mothers corralled into a mind-numbing job