NewsPaperthe art of publishing
HomeNewsRev Julian Mann: An appeal to York to consecrate a second reformed...
18 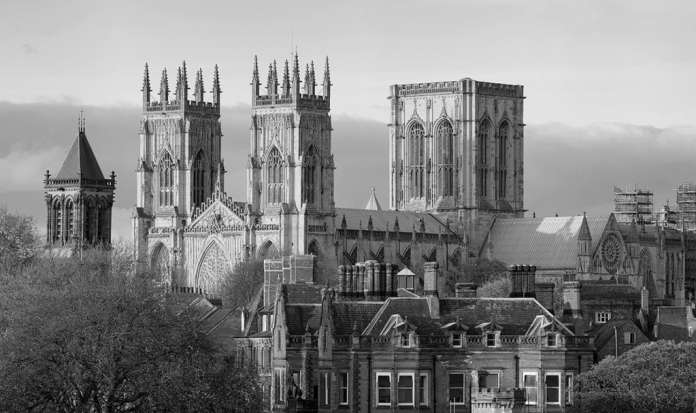 It would be quite understandable for you to be less than enthusiastic about receiving a missive from a ‘conservative evangelical’ in the light of the recent consecration of the episcopally licensed Curate of Jesmond Parish Church as a missionary bishop by the Reformed Evangelical Anglican Church of South Africa. But I am writing if I may to set forth the case for a second conservative evangelical bishop, in addition to the southern-based Bishop of Maidstone to serve as senior pastor to churches and ministers in the north of England who desire his episcopal care.

‘Reformed Anglican’ will also appear in this letter to you as an equivalent term for classic evangelical, connoting as it does in the Church of England context a theological stance on the complementarity of the sexes and male servant leadership in the family and the church.

‘Yes, a very small number (of classic evangelicals) are in AMiE (the Anglican Mission in England)…and one perplexingly idiosyncratic church (Jesmond Parish Church) has gone a bit rogue by making its curate into a bishop. They get all the headlines, while the Church Society approach continues to be the main game, supported by the Bishop of Maidstone, Rod Thomas…and by many others in churches up and down the country who are thinking every week not about the latest political game or ecclesiastical Twitterstorm, but about using the still vast opportunities given to us within the Church of England for reaching out, building up, and sending people into the harvest field.’

Dr Gatiss then went on to quote the 19th Century Bishop of Liverpool JC Ryle’s exhortation to his fellow evangelicals in the Church of England: “We have no cause for discouragement, despondency, or despair… Then let us stand firm and fight on.”

‘When Dr Gatiss offers us advice from J.C Ryle, “Then let us stand firm and fight on”, he may recollect that although Ryle’s personal ministry was and remains an inspiration, his strategy for influencing the Church of England ended in sorry misjudged failure. He watched his own son sell out to establishment liberalism. We owe our spiritual children better judgement and better prospects than Ryle was able to provide. His advice was no more helpful then than it is today. More radical measures are called for.’

Whilst Dr Ashenden’s personal ministerial situation does not of itself validate or invalidate his case, it is surely significant that he is not currently a frontline parochial incumbent. Indeed, he is in the unusual position – for an English clergyman at any rate – of being able to broadcast regularly on Anglican Unscripted from a café in Normandy.

Whilst it is true that Dr Gatiss is also not a parochial incumbent, as one myself serving three villages in the north of England I would like to ask what would have happened in the 20th and 21st Centuries if classic evangelicals/Reformed Anglicans had defied JC Ryle’s call and had left the Church of England.

In the parish I am privileged to serve, by God’s grace individuals who are now active Christians have come to faith in our Lord Jesus Christ though the Christianity Explored course devised by the Revd Rico Tice. Mr Tice is himself a licensed Church of England minister in London and his DVD presentations based on Mark’s Gospel are now widely used in Church of England parishes.

As a result of my being appointed in 2000 as a Reformed Anglican to an incumbency in a Church of England parish, I have been able to show Mr Tice’s course in people’s homes and some people have been wonderfully converted – in one lovely case specifically by the session on salvation by God’s unmerited grace in Christ, as opposed to the human tendency to try to earn God’s favour through the performance of good works.

Surely conversions like these would not have happened if historically evangelicals had chosen to forsake the Church of England?

Sir, in order to shore up what might be called the positive ‘Gatiss’ stance, may I respectfully ask you to consult with your colleague the Archbishop of Canterbury about consecrating an additional classic evangelical/Reformed Anglican bishop to serve the north of England?

Please be reassured that I am not pitching for the role since I do not have the necessary gifts for episcopal responsibility. I would be on the Morris Minor end of the ministerial spectrum. But may I suggest that the consecration of the right man would be good for the morale of classic evangelicals enthusiastically serving our Lord in diverse communities across our Church of England?

With all Christian good wishes,
Julian Mann
The Parish Church of the Ascension
Oughtibridge