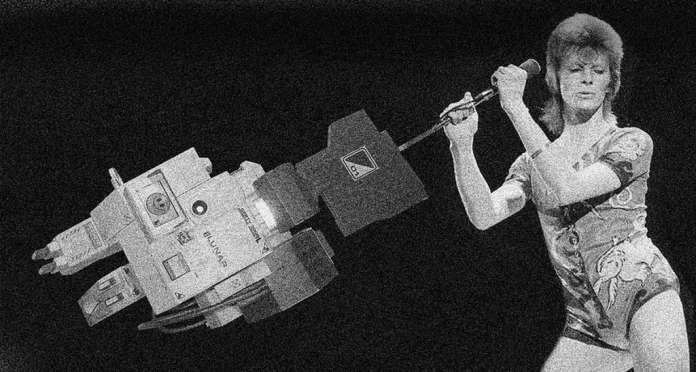 The tribute to David Bowie at last week’s Brit Awards was to all intents and purposes a pagan ceremony. He was effectively deified in a sacrifice of hyperbole.

“For me, it is almost impossible to mention David Bowie’s name in the past tense. Everything he represented as an artist was and always will be vital and incredibly present,” declared the singer Annie Lennox, perorating: “The legacy of his extraordinary sound and vision will be loved and revered for as long as the earth still spins.”

The late Mr Bowie has received praise from a high level Vatican cultural official for referring to ‘God’s love’ in his 1969 song Space Oddity. But no Christian should be deceived into thinking that because Mr Bowie named one of the songs on his last album after Lazarus, the dead man whom Jesus Christ resurrected in John chapter 11, that he was somehow reverencing Christianity or Christian teaching about the afterlife.

The song is suffused with the postmodern irony that was Mr Bowie’s trademark:

“Look up here, I’m in heaven

I’ve got scars that can’t be seen

I’ve got drama, can’t be stolen

Everybody knows me now.”

If the ironic tone here goes undetected, then the mock-horror-film crucifixion scene in the video to the song Blackstar should dispel any notion that Mr Bowie was wanting to reverence our Lord.

It is worth considering what he could have done on his last recording had he wanted to reverence Christianity or display a lately-found Christian faith. With his fine singing voice, he could have produced a wonderful version of the hymn by Isaac Watts (1674-1748):

“When I survey the wondrous cross

on which the Prince of glory died,

my richest gain I count but loss,

and pour contempt on all pride.”

no story so divine;

He did nothing like that, so should not that be reason enough for some Christians to stop entertaining the idea that David Bowie has somehow earned a place in heaven by naming a song after a biblical character?

Certainly, no Anglican Christian should believe this because the 39 Articles of Religion are clear that “we are accounted righteous before God, only for the merit of our Lord and Saviour Jesus Christ by Faith, and not for our own works or deservings” (Article XI – Of the Justification of Man).