NewsPaperthe art of publishing
HomeNewsRev Julian Mann: So is Dave going to slap an EDO on...
5

Rev Julian Mann: So is Dave going to slap an EDO on St Paul? 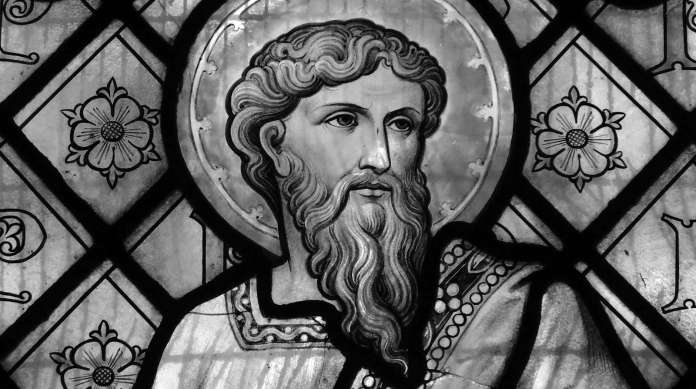 The Government’s proposed Extremism Disruption Orders (EDOs) are so blatantly born of ‘one of the smelly little orthodoxies now contending for our souls’, in George Orwell’s phrase, that they are likely to prove ineffective in countering terrorism. They are little incarnations of socially Marxist political correctness and that is why they are so morally confused.

EDOs betray the ugly reflection of their PC creators’ dogmatic belief that the State should play god in more and more areas of life. They so clearly reflect that state interventionist mentality, looking like the blunt regulatory instrument of Marxist student activists against their ideological opponents in the junior common room.

Is the moral definition of extremism underlying EDOs deliberately imprecise or is its vagueness just an accident? It is difficult to tell. What is certain is that they are likely to catch a whole range of harmless politically incorrect heretics and not just Muslims.  EDOs are thus bound to lead to resentment in local communities and not just among grandstanding teenagers in the Twittersphere.

But there is another aspect to the moral confusion at the heart of EDOs. Social Marxism, as practised in the UK since the 1960s, has deliberately favoured Islam against Christianity. Without knowing very much about its tenets, PC activists promoted the victimised minority religion of Islam and sought to sideline Christianity, hence the PC creation of the new cardinal sin of ‘Islamophobia’.

The problem now is that the PC high command in Westminster has decided to try to counteract the ‘passive British tolerance’ that it thinks has allowed extremism to thrive. That means going after radical Muslim preachers, student activists and even Twitterers, but in order to do that without sinning against its own dogma, it is going to have to target harmless Christians as well.

Objective comparative examination of the two faiths shows clearly that Islam, while not always leading to violence, is more prone to it than Christianity.  It is true that in the past professing Christians, in defiance of the New Testament, have used violent means to promote their warped version of Christianity. But such crazed medieval crusaders are now scarcely seen in world Christianity and have no biblical support. But the Koran can lend itself to a violent interpretation, especially the texts from Mohammed’s Medina period about the religious duty to pursue holy war.

Renouncing military means of promoting its faith, New Testament Christianity enjoins its followers to spiritual warfare as exemplified by the reading at the late Lady Thatcher’s funeral in St Paul’s Cathedral:

The Apostle Paul, the writer of those words, experienced imprisonment and eventually execution not for terrorism but for saying things like the above. As a faithful servant of Jesus Christ in the 1st century Roman Empire, he faced far worse than an EDO.

But it is surely not difficult to imagine a PC counter-extremism enforcer slapping him with one in 21st century Britain, or even, posthumously, Lady Thatcher herself for allowing his words to be read at her funeral service.

Share
Facebook
Twitter
WhatsApp
Email
Previous articleChris McGovern: Too many lousy state schools blight the Oxbridge hopes of poor, bright kids
Next articleReader’s Comment of the Day: I had to borrow a biro for my Oxbridge exam