NewsPaperthe art of publishing
HomeNewsRev Julian Mann: St Polycarp’s martyrdom is a sign of things to...
3

Rev Julian Mann: St Polycarp’s martyrdom is a sign of things to come in our Godless age 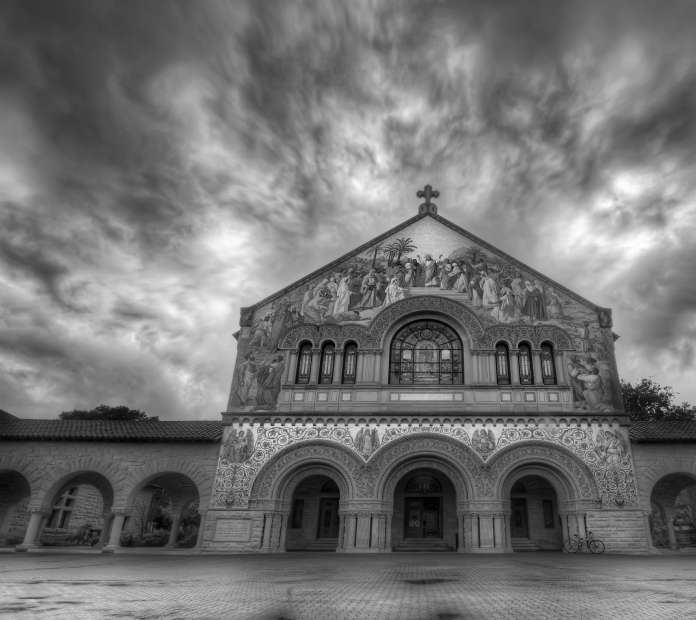 The martyrdom of St Polycarp in around AD 155, which the Church of England commemorates tomorrow, resonates powerfully in our rapidly paganising, post-modern culture.

As a very old man, probably in his 90s, he was burnt to death in front of a frenzied crowd in a sports’ stadium in the city of Smyrna, then in the Roman proconsular province of Asia, now Izmir in western Turkey. He had been Bishop of the Christian church in Smyrna.

Whilst it is conceivable that he dated his Christian service of 86 years from his infant baptism, it is more likely that he was converted to Jesus Christ in his boyhood under the ministry of the Apostle John in the latter part of the 1st Century. The Smyrnan church was one of the seven Christ addressed in His New Testament Revelation to John: ‘Be faithful unto death, and I will give you the crown of life’ (Revelation 2v10b – RSV).

‘As Polycarp was entering the stadium, there came a voice to him from heaven, “Be strong, Polycarp, and play the man.” The speaker indeed no one saw, but the voice was heard by those of our friends present. Then he was brought forward, and great was the din as they heard that Polycarp was arrested. So he was brought before the Proconsul, who…tried to persuade him to deny his faith, urging, “Have respect to your old age…Swear by the genius of Caesar; change your mind and say, ‘Away with the Atheists!’ ”

‘Then Polycarp looked with a stern countenance on the multitude of lawless heathen gathered in the stadium, and waved his hands at them, and looked up to heaven with a groan and said, “Away with the Atheists.” The Proconsul continued insisting and saying, “Swear, and I release you; curse Christ.” And Polycarp said, “Eighty-six years have I served Him, and He has done me no wrong; how then can I blaspheme my King who has saved me?” ’ (New Eusebius, ed. J Stevenson, SPCK, 1957, p21).

What a man! Any of us Anglican clergy inclined to moan about our pension prospects should be ashamed of ourselves.

Apart from his God-given physical courage, the razor-sharp wit with which he poked fun at the real atheists in the crowd by turning the Proconsul’s admonition on its head is astonishing. It is beyond invention, which reinforces the veracity of the account.

The malleable, amoral mob is unfortunately all too recognisable today. But how long before the politically correct authorities in the 21st Century West start behaving like the Proconsul?

Share
Facebook
Twitter
WhatsApp
Email
Previous articleMark Ellse: The Left strives to be nice. But its effects are nasty
Next articleHolly’s Letter from America:  Secular liberals threaten our right to bring up children in the faith