NewsPaperthe art of publishing
HomeNewsRev Julian Mann: The Lord Jesus has more to give than Father...
5

Rev Julian Mann: The Lord Jesus has more to give than Father Christmas 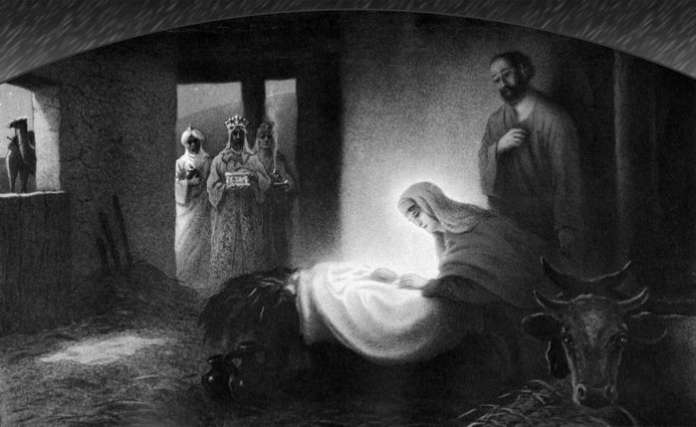 I saw a rather dishevelled looking Father Christmas scurrying out of his grotto in a shopping centre the other day, looking rather desperate for a cigarette. In his job I think I would be stressed. It can’t be easy being Father Christmas these days.

Father Christmas’s message, if I may sum it up, is basically this: ‘I have come that you may have toys.’

Toys are lovely, of course, for a while but unfortunately we soon grow out of them and they do have a habit of breaking. At least mine did, which I’m sure says more about me than about that Action Man I parachuted out of the window.

In contrast to Father Christmas, the Lord Jesus says: ‘I have come that you may have life, life being friends with God, life that lasts for ever.’ Which is better? – toys that break or life that last for ever? May I invite us to think carefully about it.

I remember as a boy one Christmas I’d been a bit naughty and I was told that Father Christmas wouldn’t come. I’d been crossed off his address list – ‘Oh no, he’s been naughty, I’m not giving him any toys.’ And I believed it.

But Jesus says: ‘I have good news for you if you’ve been bad.’ Isn’t that amazing? Good news for people who’ve been bad, because Jesus came to bring God’s forgiveness to people who’ve done wrong, who’ve turned their backs on God and who haven’t lived as God has told us to live. That’s you and me.

The third difference between Father Christmas and Jesus – Father Christmas says: ‘See you next year.’ He only comes once a year, doesn’t he? Once he’s climbed back up the chimney, he gets back into his sledge and heads off back to Lapland.

Who are you going to choose to believe in this Christmas – Father Christmas with his toys that don’t last, his good news only for good people, and his ‘see you next year’ or the Lord Jesus with his life for ever, his forgiveness for all our wrongdoing and his ‘I’m with you always’?