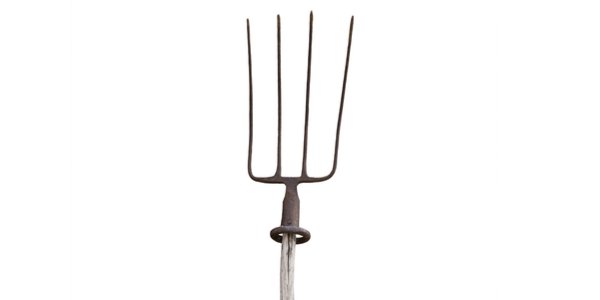 ANGRY and frustrated, thousands rallied in London to demand freedom from the oppressive grip of government in the aftermath of the pandemic.

The country’s leader assured them their lives would be built back better if only they would stay calm and be patient. Instead, he reneged on his promise and the misery of the people was redoubled.

Sound familiar? Actually, it happened not the other day, with Boris Johnson’s extension of lockdown restrictions, but almost exactly 640 years ago – in June 1381 – when the Peasants’ Revolt reached its climax.

Following the labour shortage caused by the Black Death in the 1340s, the wages of the working classes were held down by law and serfdom still practised. By 1381, anger and resentment had become an explosive mix. Then came the spark for the uprising – a poll tax of fourpence on everyone over 14 to raise money for the war with France.

From Essex and Kent, huge throngs of armed rebels marched on London, killing government officials, clergymen and lawyers, looting and burning their properties and capturing the Tower of London.

Finally, on June 15, the 14-year-old King Richard II met the peasants at Smithfield and agreed to their demands for freedom, equality, fair rents, abolition of feudal services and an end to draconian laws.

But as the rebel leader Wat Tyler approached the monarch, he became involved in a scuffle with the royal retinue. He was mortally wounded when the Lord Mayor of London, William Walworth, slashed him with a sword and another of the king’s servants joined the attack.

The furious peasants looked set to take revenge. But, reiterating his pledges of liberalisation, the King persuaded them to go home, telling them: ‘You shall have from me that which you seek.’ As for Tyler, his head was cut off and displayed on a spike on London Bridge.

In the wake of the uprising, many more of its leaders were executed and the King revoked his concessions, telling the peasants: ‘Villeins you are and villeins you will remain.’

More than six centuries later, it’s perhaps not too fanciful to extrapolate a parallel with the Peasants’ Revolt and the ongoing coronavirus shambles.

The people are being held down by drastic, arbitrary laws and many are rising up against the loss of their rights and liberties, staging anti-vaccine and anti-lockdown demonstrations. Tomorrow there is due to be a rally outside Parliament on what should have been the day all Covid restrictions were lifted.

Once again, the people have been promised that the government’s oppression will end – on July 19 to be precise. If it doesn’t, we can be sure that many more protesters will be on the march, hopefully wielding only placards, not pitchforks and billhooks.

One day, of course, the Covid nightmare will finally be over. We peasants will be allowed to remove our masks and to gather together once again.  Except perhaps, those who have refused to be vaccinated.

And one day, the inevitable public inquiry will be held. At that time, one question will remain to be answered – whose heads will metaphorically end up on a spike?