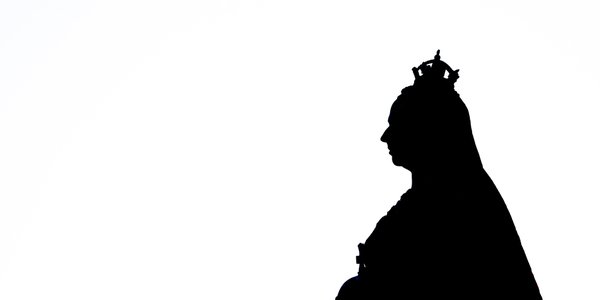 GERTRUDE Himmelfarb, one of the West’s great historians of ideas, died on December 30, aged 97. A scholar of Victorian England, she argued forcefully for social conservativism in the modern culture wars. Scorning the ever-changing ‘values’ of the liberal West, she championed the timeless ‘virtues’ upon which our civilisation has been built.

Social problems, in Himmelfarb’s view, cannot be reduced to mere economic calculation. She was an eloquent advocate for the reintroduction of traditional virtues such as responsibility, chastity and self-reliance, and the concomitant of shame, into political life and policy-making.

A trenchant supporter of the traditions which created the West, in The Roads to Modernity she wrote: ‘A people could exist, Burke said, without trade and manufactures but with its ancient institutions and sentiments. The reverse, however, trade and manufactures in the absence of those civilising conditions, could only lead to barbarity and ferocity.’

In her youth she was a Trotskyist who attended meetings of the Young People’s Socialist League, if only because she enjoyed the company of the ‘smartest people around’. Like many intelligent young Trots, she grew up to discard her juvenile beliefs.

She rejected outright the Marxist view that people’s beliefs and ideals are mere reflections of their economic condition. She scorned Marxist social-policy theories which ignore what goes on in people’s minds and hearts in favour of the material reality Marxists claim should be the sole focus of our attention. To her, this was just another way of saying that individuals are mere ciphers responding automatically to the environment.

She focused her studies on the life and culture of Britain before, during and after the reign of Queen Victoria, from the philosophies of Jeremy Bentham and Edmund Burke to the novels of Charles Dickens and George Eliot. She disagreed with the image of Victorian Britain as dull and unimaginative, a place of repressed individuals in a repressive society. Instead she found it a time and place of surprising dynamism with a commendable readiness to confront moral and ethical issues.

How was it, she asks, that over the course of the nineteenth century, all Britain’s key indicators of social pathology improved significantly? The illegitimacy rate, 7 per cent in 1845, nearly halved to below 4 per cent by the century’s end. Between 1857 and 1901, the crime rate fell by half. During a period when the population rose from 19million to 33million, the absolute number of serious crimes decreased.

These social improvements occurred during a period of intense urbanisation and industrialisation which according to Marxist principles should have produced social disintegration, not social progress. According to Himmelfarb, that it didn’t was because a much stronger force was at play. This was the dynamism of Victorian culture in general, and Victorian morality in particular, with its emphasis on virtue, respectability, work, self-help, sobriety, cleanliness and family.

The great Victorian achievement, as she saw it, was a ‘moral reformation’ that allowed Britain ‘to attain a degree of civility and humaneness that was the envy of the rest of the world.’

In opposition to Marxist’s teaching, it was Himmelfarb’s view that it is beliefs which shape behaviour and the environment, not the other way round. The ideals that a culture transmits to its citizens affect whether they will be victims or masters of circumstance. In her view the reformation of society within Victorian Britain was due to value-promoting institutions such as Sunday schools and the temperance movement, and by the ‘cult of respectability’ and allegiance to duty.

Key to social reformation was the family. According to Himmelfarb, family and home together ‘constituted something like a civic religion’. Making up the foundation of social order, families were recognised as the nurseries of citizenship and civilisation. Victorian family values are condemned today for embodying a smug middle-class ethic, yet they were democratised to include working-class families. Far from feeling themselves victims of class and patriarchal oppression, working-class wives overwhelmingly reported themselves satisfied and fulfilled in their lives.

Himmelfarb argues that the Victorian social reformation succeeded in part because it extended to the poorest of the poor. Victorian welfare policy, embodied in the 1834 Poor Law, rested on a single moral proposition: that the conditions of life on relief for the able-bodied poor should be ‘less eligible’ (less attractive) than those of the lowest wage earner’s life. The goal was to make welfare less appealing than work and to incentivise work by making sure its rewards always exceeded the wages of idleness.

To Himmelfarb, poverty is as much a matter of the mind and spirit as of the pocket. She did not believe in mollycoddling those who deliberately choose welfare: ‘Stigmas are the corollaries of values. If work, independence, responsibility, respectability are valued, then their converse must be devalued, seen as disreputable.’

Perhaps today’s increasingly chaotic world of rising illegitimacy, welfare dependency, crime, educational failure and drug use is in part a result of our culture’s push to remove the stigma from these things. Alongside which we have seen a devaluation of middle-class Victorian virtues and traditional family life, not just for the poor but for us all.

Social policymakers should listen to Himmelfarb and take a larger view of individual freedom and responsibility than the emaciated one which has left society so demoralised, in both senses of the term.