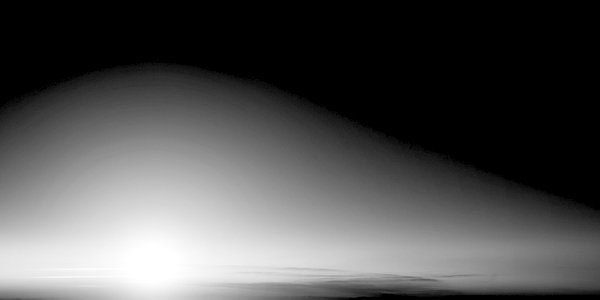 AS some of our readers know, our stalwart commenter ‘Rapscallion’ died last week in his home town of Portsmouth. Leslie Frederick Stagpool was 61, and had been in poor health.

We asked two of his friends to remember him. The first account is by Alex Wood, a close friend and fellow Royal Naval veteran:

Les was born in Wimbledon, London, in June 1958. His early life would be considered difficult and disrupted as his father was in the Foreign service and his mother was of Belgian extraction, and this may well have been the beginning of Les’s dislike of most European hierarchical structures. His schooling was mostly boarding school and he often joked that it held more joy for him than his home life as both his parents were distracted by work and were self-indulgent.

Having flown the nest as early as practicable he literally ran away to sea, joining the ‘Pusser’ at the tender age of 17, and there commenced a real love, one of honour, pride, comradeship and service, which he relished. Les now had a ‘family’ he loved and it loved him.

Selection for the Submarine service was not voluntary in those days but Les took to the life like a duck to water and what followed was a number of Her Majesty’s finest sleek black messengers of death, interspersed with appointments at HMS Mercury and HMS Dolphin, home of the Submariner ashore. Following this he was drafted to his favourite Boat, HMS Oberon, which he thoroughly enjoyed and the ‘Dits’ (Naval yarns/stories) were often shared in later life with his new ‘Shipmates’ as we enjoyed a few ‘Wets’ (Naval slang for alcoholic beverages) during our frequent gatherings.

Due to his fine intellect, swift mental capacity, coupled with his hugely likeable character and natural leadership qualities, Command recognised his potential for promotion and he gained promotion to Petty Officer quickly. At this time he met and married his wife, and like all relationships the marriage was severely tested by his career and the professionalism he linked to it; the strains were there early along with two children.

Les’s professionalism and management skills led to his selection for Officer, but because of the sheer nature of his work load at sea and home life, which was now fraught, he withdrew his candidacy. However he was recognised by promotion to Chief Petty Officer. By now his career had spanned two decades and having served in many cloak-and-dagger operations during the Cold War, the relationship with the then USSR was changing and so was the Royal Navy. Les often identified that the beginning of the end for him was when the RN tried to turn itself into a Corporate Identity, which he found distasteful and laughable.

The final setback came during a Naval medical examination which showed that his hearing had deteriorated. This spelled the end of his Naval career and in 1997 he departed the service on a full medical pension.

In true Les fashion, he had prepared for his new life in Civvy Street by training in IT, which had become a key part of his later career. He worked for a number of civilian companies in different roles, but nothing filled the void of his Service life and coupled with a divorce and estrangement from his family, he became increasingly depressed.

I entered Les’s life five years ago, when he was experiencing, as Winston Churchill (one of Les’s heroes) put it, his ‘black dog’ days. Together with his new work colleagues, my wife Hayley and I recognised his situation and stepped in to fill the void. We shared some highs and lows with Les, but shining through all the while was the great man he really was, a great friend, a staunch political ally, bon viveur and a great man of his time.

He had a phenomenal understanding of European history and its politics, which was a product of his schooling but also a voracious thirst for more knowledge, which is one of the major reasons Les and I realised we were kindred spirits alongside the fact of our Naval Service lives.

He has now ‘Crossed the Bar’, as we of the Naval fraternity term it, and we are deeply saddened to have lost such a great friend, the Submarine Service has lost a Shipmate and a chapter of Naval history closes.

We now have the memories and I am sure you will all join me in raising a glass of his favourite tipple, Pusser’s Rum, or any beverage of your choice to Leslie Frederick Stagpool, ‘The Legend’.

Our second contribution comes from our friend in Florida, Audre Myers:

When I first came to The Conservative Woman, I was impressed by the quality of the authors but even more impressed by a number of the commenters. When I finally worked up the nerve to make my own comments, one of the first responses came from Rapscallion. Over the course of a few weeks, ‘Raps’ had decided two things: 1. As an American, I was ok. 2. As a woman, I was ok. But maybe I’ve got that backwards. In any event, in no time at all we were email friends and then Skype friends as well.

Our emails were filled with politics; Les not only schooled me on UK politics, but on my own country’s politics as well. He had a fine mind for history – not only name and date but causes and aftermaths as well. I was already a Brexit supporter but Les schooled me in the finer points of Brexit and all that is at stake. His love for his country was unparalleled – an Englishman through and through. In many of his emails, he explained how the country got to where it was on that fateful Referendum day and what the hopes and fears were. He believed in a clean Brexit – no deals, no pay-out; he used some good old English expressions I won’t repeat here. His heart and soul yearned for a sovereign United Kingdom, a return to her rightful place as the seat and the mother of democracy. He loved the traditions of his country and lamented, as only Les could, the trajectory now facing your nation. You could say he ticked all the right boxes. He would often write, just on the spur of the moment, of his pride in his country – glowing words, heartfelt words. There was nothing ‘soft’ about Les but you could feel the love he had for the United Kingdom when he’d let his hair down a little and truly share his heart.

I would be greatly remiss if I didn’t mention that Les could be ‘naughty’ (I can hear him laughing; he’d love that!) He loved to share stories of the devastating effect of the British accent on American women. He loved sharing stories of his times on Diego Garcia with his sub mates and drinking with American sailors who, according to Les, were lightweights when it came to keeping up with Her Majesty’s submariners. He hated American beer and thought our alcohol too tame. I’d get emails from him, just home from work on a Thursday (his last work day of the week), two large G&Ts down and moving on to his beloved Pusser’s.

Les was a man’s man and made no apology for it. He was a great patriot – his country always foremost in his mind. He was a proud submariner and cherished his time in the military. And he was an Englishman.

I have been lucky enough to engage with Rapscallion on numerous occasions. I’m devastated at the loss of someone many of us were close to on this site. My heart can’t truly put into words what I feel at this moment.

Despite this site being online and we don’t know one another (for the most part) aside from words on a page, it feels like a family here. It is utterly unique for an online forum and feels like a place where friends, of a conservative persuasion, can meet and talk about the issues of the day. The only thing we’re missing here is a strong pint by a fire and a crafty fag in the beer garden!

I hope Raps knew that he was a strong part of this family. We’ll be drinking to his memory and continuing to fight the good fight.

The funeral will be at Chichester Crematorium at 11am on November 29. Alex Wood suggests that if anyone would like to make a donation to charity in his memory, The Submariners Association would be a good choice.