Risk is good (it’s the virus doomsayers who are paranoid)

‘STAY safe’ became the email or phone call sign-off of choice during 2020. And businesses, forced to bend over backwards to make their premises ‘Covid-secure’, sought to make clear just how ‘safe’ those premises were for customers and staff.

They had little choice, given the torrent of pseudo-scientific guff from the Government about the threats from new-variant Covid: Wear a mask; wash your hands; don’t question authority. Safe zones, safe places, safe this, safe that – all the defining characteristics of 2020, and now 2021.

Extreme risk aversion is a mental disorder. People who suffer from obsessive compulsive disorder often exaggerate what most of us would regard as tiny potential risks into near certain outcomes. OCD often centres around being contaminated by germs.

The Government’s continued fearmongering about an invisible virus that spreads rapidly as a result of human contact has apparently made a relatively large percentage of the population paranoid about leaving the house.

This severe OCD-like risk aversion in a large percentage of the general population has also had another consequence. It’s made risk seem uniformly bad. The defining characteristic of our society has become risk aversion – even when the risks associated with Covid-19, or any other airborne pathogen, are minuscule.

But risk is good. Risk is what makes (or rather, made) Western, capitalist societies great places to live in. Without risk-takers we would have no entrepreneurs, no business, no wealth creators, no public service.

At the heart of trade is risk. I engaged in risky behaviour when I bought some crypto currency a week ago, only to see its value plummet a few days later.

Risk is the counterbalance to opportunity. Taking a chance is about foregoing the comfort of secure employment and setting out on the road to running a business, or building expertise, or doing things differently.

Risk-taking is what challenged male-dominated governments to give women the vote. Risk-taking resulted in the Enlightenment, the extension of the franchise and property ownership to minority groups, and the creation of rich, capitalist-based societies that elevated people out of poverty.

Without trade and its risks, we’d still be operating in feudal societies, or societies where others make collectivist decisions for us. No agency, no freedom – nothing to look forward to.

When risk aversion becomes a central tenet of government policy, it becomes coercive. Command societies rarely like their citizens to engage in activity that is outside the norm.

Free thought is deemed to be risky because it has the potential to challenge the state-defined narrative. That’s why China has stifled free thought, and dissent, in Hong Kong.  And it is probably why Keir Starmer, and Left-wing fanatics like Paul Mason, are so supportive of the Government’s Covid policy. In short, the Conservative government has become full-blown collectivist. Some might even say communist.

Covid-19 does not present a major public health risk. Even the Government’s own advisors made this clear prior to nationwide lockdowns in March.

Viruses that result in very high death rates tend to run their courses very quickly – largely because they kill their hosts, thereby limiting spread and infection.

Coronaviruses that result in seasonal sickness spikes stick around a bit longer – largely because so many are immune to them, or suffer mild to moderate symptoms if affected by them. In the case of Covid-19, the relatively high death rate in April may have been as a result of highly invasive ventilation (a treatment approach that was advised by the Chinese).

The extent to which the Chinese have manipulated the Covid situation, and the UK government (and other Western governments) is well articulated in this impressive piece of research undertaken by Michael Senger, Clare Craig, and others.

It details the extent to which the people have been played, policy has been defined, and outcomes have been mandated, by the Chinese government – the Chinese Communist Party.

And it does beg the question as to why the policy response to Covid is such an outlier, why dissent is being stifled and why normal democratic processes are being suspended given the relatively low risk associated with a coronavirus.

Because the net result is something that is killing everything that we stand for as a nation – commitment to freedom of speech, commitment to liberal values and free markets, and ease of doing business.

If these things are taken away and have the potential to be taken away again in the future, there is frankly little left of our nation or our way of life. The Government’s chosen alternative feels very like tyranny. 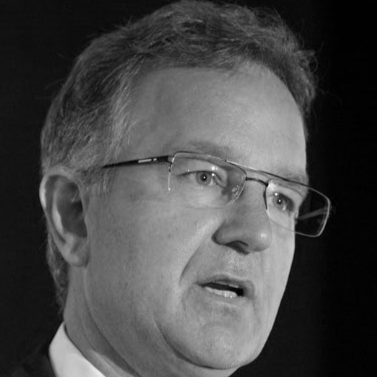 Jeffrey Peel
Jeffrey Peel has been an independent consultant for nearly 20 years working with early and growth stage technology companies. For the last three years he was seconded to the Department for International Trade, but left that role just before Christmas. He is @jeffreypeel on Twitter.