NewsPaperthe art of publishing
HomeNewsRob Slane: A lecture from a Hater and a Transletterphobe
5

Rob Slane: A lecture from a Hater and a Transletterphobe 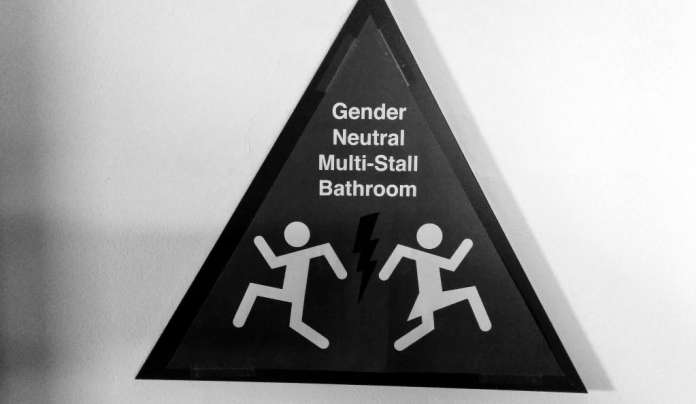 “What is it A? Is something the matter? You don’t look quite yourself.”

“Look, B. There’s something I need you to know. I’m no longer known as A.”

“What do you mean you’re no longer known as A, A?

“Look, it’s quite simple. You’ve always known me as A, and all my life everyone told me I was A. But recently I started to question whether that’s really who I am. And the more I questioned it, the more I realised I was just the victim of social conditioning and prejudice. To put it bluntly, I’ve been brainwashed into thinking that I’m A.”

“Social conditioning? Brainwashing? But A, you are A. How could you be anything else? Remember the first rule of logic: A = A and so A can’t = non-A.”

“Well I simply don’t agree. In fact I believe that’s nothing but an out-dated social construct.”

“Social construct? But of course it isn’t. It’s an obvious truth. And it’s true for all times and all places.”

“There’s nothing obvious about it whatsoever, and frankly I’m amazed that anyone living in our post-modern culture could still think it is.”

“Ah, I thought as much. You’ve been listening to the post-modernists haven’t you? Well frankly I don’t much care what they say about it. It’s self-evidently true that A = A and there’s an end to it.”

“You know, B, I had always thought of you as a fairly open-minded letter. But I’m beginning to detect a quite shocking level of intolerance in you. Listen. Maybe this will persuade you. All my life I’ve had this nagging suspicion that I might be different. I’ve never much liked the way I look. That silly pointy bit at the top and that even sillier horizontal bar in the middle. And that’s just the capital “me”. Don’t get me started on the little “me”! But I’ve always admired S. Beautiful curvy letter is S. Well thankfully we’ve moved on from outmoded stereotypes that would have meant that I stayed an S trapped inside an A’s body, and I can now be any letter I want.”

“Well, firstly because you are A, you always have been A and you always will be A, no matter how you feel about it and no matter how much you try dressing up and pretending to be something that you’re not. And secondly, we already have an S. We don’t need another.”

“You know, I don’t think I’ve ever come across such a shocking level of bigotry. Why can’t I be another letter entirely, if I want to? Who are you to say what I can and can’t be?”

“Why stop at a letter then? Maybe you could identify as a number. I could call you 1. Or 19 if you like. Or maybe even a duck.”

“Hate speech? I said nothing hateful. But A, do you not see what will happen all if you insist on calling yourself S?”

“Well, I don’t know how we’d get along without an A. I mean, imagine trying to get to Aberystwyth without you.”

“Ever tried getting to Sberystwyth? And what about that fellow who got caught up in the tree after trying to topple his father from the throne. Now what was his name?”

“No. Sbsslom I think it was. Not to mention what we’ll do with the poor old SSrdvsrk. Can’t you see how ridiculous it all is?”

“Well I’m not going to stand here all day being lectured by someone who is clearly a Hater and a Transletterphobe.”

“You mean “someone who is clesrly s Hster snd s Trsnsletterphobe”? You see, all you’ve succeeded in doing by refusing to abide by the simple truth that you are A and that you cannot therefore = non-A is to sow chaos and confusion. Imagine what will happen if T wants to become C, or Y wants to become X.”

“As it happens, Y is already well on her way to becoming X thank you very much. She’s a chromosome, you see. She used to be male but now identifies as X. And as for X, he’s sometimes identifying as Y. You have a problem with that?”

“Objective reality? Hah! What you need to realise is that every letter has the right to identify as whichever letter they want, and every other letter ought to respect their feelings.”

“Hmm! Fair enough. You win. I will no longer identify you as A.”

“Instead, I shall now identify you as H.”

“No right? So let me get this straight. You decree that there is no such thing as objective reality, A = A, and that your feelings are king. Then you insist that I accept your definition as truth and call me a hater, a bigot and a phobe if I don’t. So what you have done is to use your subjective feelings to create your own new “objective reality” and insist that I accept it. Well sorry, I refuse. Two can play at that game and I say you’re an H! Now you’re not going to be a Transletterphobe, a bigot, and a hater and deny me my rights are you? Or is subjectivism taken to its logical conclusion as hard for you to bear as it is for me?”
Postscript

After this exchange the letter B was hauled off for tolerance training where he is learning that the right to define objective truth is the sole preserve of the Cultural Marxists who denied it in the first place.