NewsPaperthe art of publishing
HomeNewsRob Slane: Brexit is about national identity versus globalist conformity to the...
8

Rob Slane: Brexit is about national identity versus globalist conformity to the liberal, left agenda 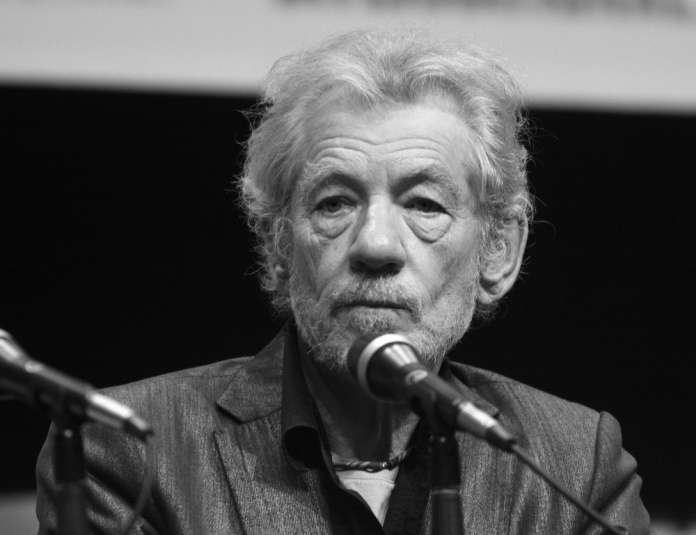 Sir Ian McKellen recently weighed in with one of the more interesting comments in the run up to the EU referendum. He said:

“If I were to look at ‘in’ or ‘out’ from that point of view, there’s only one point, which is to stay. If you’re a gay person, you’re an internationalist. I don’t want us to retract. I don’t want to and I won’t, whatever the vote happens to be.”

His own fear is of course misplaced. Even in the event of a Leave vote, and in the extraordinarily unlikely event that our Parliamentarians actually ratify the vote and begin to pull us out, there is to be no “retraction”. We will still wake to find ourselves run by those who despise the Christian view of sexual ethics, marriage and the family.

Yet, it is his use of the word “internationalist” that is particularly interesting. If I understand him correctly, he not only sees EU membership as part of the wider internationalist (or globalist) agenda, but also sees globalism as intrinsically connected with the promotion of the LGBTagenda. In this he is of course right, as US Secretary of State John Kerry hinted at last year in his comments after the Supreme Court’s decision to legalise same-sex “marriage”:

“The court’s decision also sends a clear message to every corner of the globe: no law that rests on a foundation of discrimination can withstand the tide of justice.”

Despite being clearly at odds with Sir Ian on many issues, I find it somewhat refreshing to find someone on the Remain side who is prepared to categorise the vote for what it really is: globalism versus sovereignty. It actually makes a pleasant change from listening to those who try so hard to convince us that we can be part of the EU and still retain sovereign statehood. We can’t. Either we take up our position as a region/colony/vassal of the EU (call it Airstrip One if you like), which is itself a mere colony of the Globalist Empire (based in Washington), or we go back to being an independent nation-state.

But does that independent, sovereign alternative to the borderless slush of globalism really have to look like North Korea, as is regularly claimed by those in the Remain Camp? Or is there a different type of internationalism to be had – one in which nations retain their sovereignty, their independence, and their distinctives, yet without isolationism?

Ironically, the book which gave Sir Ian his most famous screen role – The Lord of the Rings – gives us a glimpse of such an alternative. In Middle Earth there are various kingdoms, each distinct from one another and each independent. Yet in a time of great trouble they form an alliance, albeit reluctantly in many cases. Gandalf is, in many ways, an internationalist, by which I mean he is a kingmaker, interested in all the affairs of Middle Earth, and of helping to forge alliances to stand up to the threat from Mordor and Isengard. Yet he is not an internationalist in the way Sir Ian McKellen is. Rather, he fights because he desires to see each realm return to a state of peace, in which they maintain their good relations and hard won friendships, but without infringing on their sovereignty, culture, and distinctiveness.

Now imagine a different ending. One where in the post-war sphere, Aragorn – King of Gondor – begins making speeches about the need to prevent war in Middle Earth ever happening again. It all sounds fine and noble, until he starts enlisting the elites of all the other realms to put their names to a document speaking of their “Determination to lay the foundations of an ever-closer union among the peoples of Middle Earth”; of their “Resolve to eliminate the barriers which divide Middle Earth”; of the need for “steady expansion”; and of their desire to “strengthen the unity of their economies and to ensure their harmonious development by reducing the differences existing between the various regions and the backwardness of the less favoured regions”. Years later, these once independent kingdoms that fought for their right to remain free, find not only their own lands run by an increasingly arrogant and distant elite, but power over vast swathes of their realm now transferred to the bureaucratic Middle Earth Commission, Middle Earth Parliament, Council of Middle Earth, and Middle Earth Court of Justice hundreds of miles away in Gondor.

If Aragorn began acting in this way, Gandalf would no doubt start to wonder whether power had gone to his head, and whether he was on his way to becoming a new Sauron – albeit a Soft Power version – deceiving the kingdoms with false promises. Thankfully, the idea of such a supra-kingdom trampling the sovereignty of the various realms of Middle Earth is anathema to both Aragorn and Gandalf, as is seen in Gandalf’s conversation with the innkeeper of the Prancing Pony in Bree towards the end of the Return of the King – a beautiful passage which alludes to the themes of sovereignty, along with a love and respect for other nations:

“And the King will come there again one day; and then you’ll have some fair folk riding through.”

“Well, that sounds more hopeful, I’ll allow,” said Butterbur. “And it will be good for business, no doubt. So long as he lets Bree alone.”

Very good, you might say, but all that belongs to the realm of fantasy, doesn’t it? Well the story does, but the principle of countries enjoying good, friendly relations with others, yet retaining their own sovereignty, culture, and distinctives is still very much a possibility. The real fantasies in the forthcoming referendum are the twin myths that:

But those choices are not on offer next week. Rather, the choice is between the internationalism identified by Sir Ian McKellen – the elitist, imposing, culturally homogeneous globalist project – or a fresh start within a diametrically different model of internationalism – as a free, sovereign nation, at liberty to make our own laws, choose our own alliances, and chart our own future.