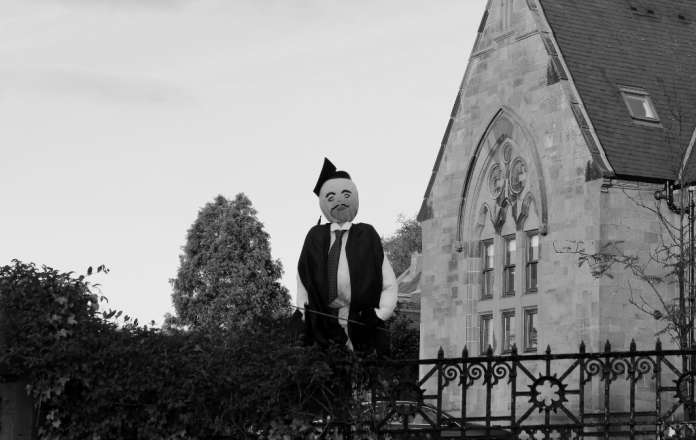 Ofsted inspectors have awarded an Outstanding grade for a school in Hackney, London, despite its pupils getting poor GCSE grades. Égalité House, which was established in 2012, saw only three of its 129 pupils achieve A grades in maths and two in English last year, and a total pass rate for both subjects of less than 30 per cent.

Yet despite the low grades, along with what inspectors noted as “the poor quality of teaching, poor subject knowledge, and poor facilities”, the school achieved its Outstanding award by focusing on:

“All the protected characteristics, particularly those relating to gender re-assignment and sexual orientation”.

According to the school’s headmistress, Di Versity, the decision to put LGBTQWERTY issues at the core of the school’s mission, rather than traditional subjects, such as maths, English, and history, has not been without controversy, but has now been vindicated:

“It hasn’t always been easy,” she commented tearily. “We came in for a lot of criticism when we first opened from local extremists who said that what we were doing was an abuse of children and their education. But having now been recognised by Ofsted for our outstanding commitment to British values, such as Tolerance and Diversity, and LGBTQWERTY issues, I not only feel a deep sense of relief, but completely exonerated from the charges aimed our way by local bigots.”

She went on to say that even though she felt for those pupils who had failed their GCSEs, because of what they’d learned during their time Égalité House, unlike many of their peers who had been denied lessons such as “trans geography”, “herstory” and “2-4-6-8, show me you can tolerate”, they could hold their heads up and go on to live fully self-actualised lives.

When questioned as to why the school received an Outstanding award, despite its poor academic record, the Ofsted inspector leading the grading said:

“In awarding Outstanding, what we’ve done is to set an example and a benchmark to all schools. From now on, it doesn’t matter how good your academic record is, nor how well you might foster an attitude of respect among pupils, and between teachers and pupils, what really matters is whether you are teaching your pupils about transgenderism and LGBTQWERTY issues.”

Humanist campaigners are calling on the Department of Education to use its powers to make the school a blueprint for all schools across the country, while at the same time calling for the closure of schools that achieve good grades but fail to teach about issues “relating to gender re-assignment and sexual orientation”.