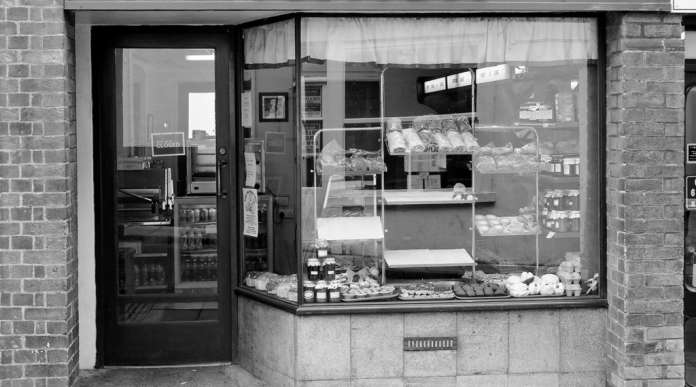 So the Ashers Baking Company in Northern Ireland has just lost its appeal for the heinous crime of refusing to write a slogan on a cake. The phrase “you couldn’t make it up” is of course long past its sell by date. You could not have made it up 20 years ago (or even ten), but now you can make almost anything up and it will have a good chance of coming true about this time tomorrow.

If the McArthurs are weeping, then I will gladly weep with them (Romans 12:15). However, I rather hope that they are rejoicing, knowing that their reward is great in heaven (Matthew 5:12). They should know that their calm, reasoned and dignified stance has been an inspiration to many.

But what of the case itself? It basically centred on whether the McArthurs had or had not discriminated against Gareth Lee, with the judges deciding they had, both in the original ruling, and the appeal. And so in a ruling of high irony, albeit irony that they are blind to, believing that they were striking a blow for tolerance ’n’ diversity, they discriminated against the McArthurs by compelling them to write things they object to.

Zooming back from the rulings, however, we see that the case was not really about whether discrimination had taken place. Rather it was about which type of discrimination is allowable. Not whether but which.

This is easily provable. Consider the following scenarios:

I put that last one in there to confuse anybody who was about to say, as people do, “Are you equating homosexuality with Nazism, incest and ISIS?” No, don’t miss the point. It is about the right not to be compelled by law to do something with which you profoundly disagree.

In case you didn’t get it, the answer to all four scenarios was “yes, of course they have the right to refuse”. But that would be discrimination, wouldn’t it? That’s right, and I am guessing that 99 per cent of people, plus the law, would say that the bakers in each case have every right to refuse the request.

However, the logic of the Ashers ruling is that the bakers do not have that right, and they must do what the Nazi, the incest campaigner, the takfiri, and the Christian tell them to do. Of course we all know that the law would never rule against the bakers in these cases, but this precisely goes to demonstrate that the Ashers case was never about whether discrimination is allowable. If it was, the justices’ rulings would mean that you could go into any bakers you liked, demand that they make a cake with any slogan of your choosing on top, no matter how odious or offensive to the baker, and the baker would have to do what they are told or else.

You could test it if you like. Go into a bakers and ask them to bake a cake with a biblical text about homosexuality on it. No point of course, partly because the thought of eating a cake with Romans 1:26-27 on is not exactly appetising, but also because we already know the answer. It would sort of expose that H word, though, wouldn’t it? The one starting with ‘Hyp’, that is.

Actually, if I really felt like going into a bakery to ask for a cake stating, say, “Jesus is Lord” on it, and the baker told me he could not do it because he is an atheist, do you know what my reaction would be? Safe space!? Hissy fit!? I’ll see you in court!? No, I would say something like, “okay, no problem” and go to see if another baker would do it for me. And if I could not find one, I would either bake it myself, or forget about it. But I sure would not take offence, go out the shop “feeling like a lesser person”, or set the law on them. I would think it their right to say no to my request and that I was being an insufferable little despot if I insisted on it. Taking them to court over it would reflect more on my intolerance than on theirs, would it not?

Yet this is not about hurt feelings or tolerance etc, etc. It is instead about the “Totalitopians” (Totalitarian Utopians) insisting that we bow down to their agenda. It is about them showing who is in charge. It is about them deciding not whether discrimination is allowed, but which type of discrimination is allowed. Of course they will continue doing so under the banner of fighting discrimination. But now that the Little Sheep Tolerance ’n’ Diversity Hath Shed its Wool and Bared its Ghastly Teeth, only the naivest of people would buy that.