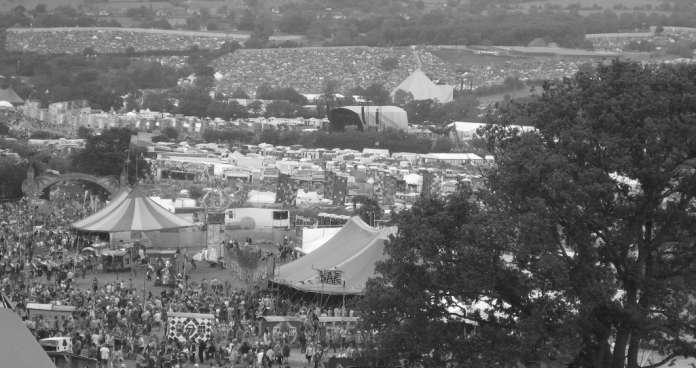 So said Blur’s Damon Albarn, to resounding applause, at the beginning of this year’s Glastonbury festival.

He’s clearly not the only one who feels that way. Social media seems to be abuzz with such sentiments from the sorts of people who constantly trumpet the wonders of the great god democracy, but who were aghast to find that it had been taking a nap on Thursday and had badly let its worshippers down. Of course what Mr Albarn really means is not that democracy has failed us, but rather the people. Or to put it another way “democracy would be great if it weren’t for the people!”

What of the claim that the people were ill-informed. Well, I cheerfully grant him the point that out of the 17,410,742 that voted to leave, it is highly unlikely that each and every one of them would be able to give good, well-articulated reasons as to why they made that choice. I also grant that among that number, there were no doubt many who did so for unsavoury reasons.

But the problem is that many Remainers are so convinced of their own goodness and the rightness of their cause that they appear utterly incapable of conceiving that the same might apply equally well to their side. Perhaps even to them. Yet does anyone really suppose that all 16,141,241 who voted this way were well-informed, in contrast to those who voted Leave? Or is it not rather the case that among that vast number, it is highly likely that many could be found that are also unable to give good, well-articulated reasons as to why they made their choice? Why, there may even have been some on that side who were not directed to vote the way they did by the Milk of Human Kindness.

Yet if those who bleat on about democracy as if it were the cure to all ills cannot accept the result of the most democratic vote this country has ever held, it only goes to show that it wasn’t really democracy they valued, but rather (as my son pointed out) Me-ocracy – I must get my own way.

Beyond the result itself, and of course the short and long-term political consequences, the sheer sneering contempt I have seen from many on the Remain side for those who voted Leave – amply demonstrated by Damon Albarn’s comment – is the biggest takeaway from the vote. It has all the odour of an elite who know best, apoplectic with rage that their birthright has just been stolen from them by ill-informed plebeians.

Please note that I said “many” on the Remain side, and not “all”. Just as I object to the generalisations that are made about those who voted to Leave, I have no wish to tar all or even most Remain supporters with the same brush. But there is clearly a very vocal contingent who believe that this most democratic of votes was a travesty of democracy, and I’m not sure that they’re going to roll over and accept it with good grace. We shall see.

The same contempt is sadly true of much of the political class. I rarely watch politicians, but in this case I made a special effort. What struck me was that one after another, as the vote became clearer, especially what had happened in the North East and North West, they trotted out the line that “We really need to listen to the people” and “This shows we aren’t really engaging”, only to follow it up with a line about how “we didn’t get our message out”. So which is it? Do they really need to listen and – perish the thought – possibly even conclude that they have wilfully ignored the legitimate concerns of countless, voiceless people for years? Or do they just need to work on making the marketing and PR a little slicker? Again, there is this undercurrent of sneering contempt of the “ill-informed” masses, and you can probably guess how they will actually proceed.

And so the truly odd thing about this result is that there is almost no voice representing the views of Damon Albarn’s “ill-informed” masses. There is, however, no shortage of representation on the other side. Most of those listening to Mr Albarn at Glastonbury probably think of themselves as anti-establishment. Yet the irony is that it is their views which dominate the establishment, and their views which hold sway in all the most important corridors of power. Glastonbury is truly an establishment event.

Yet those “ill-informed” masses have no voice. Once in a lifetime they were – unwittingly on the part of Mr Cameron – given one. And they quietly, and determinedly raised it. But who now represents them? Johnson? Gove? God help us.

I am more fearful for the future of this country than at any time in my life. The country is split and the sheer anger I have seen from that vocal Remain contingent does not bode well. The Me-ocracy could easily become a Mobocracy.

The need of the hour is for a new political force capable of leading and giving a voice to those “ill-informed” plebeians. That voice is not Ukip, which is far too divisive a force. It is most certainly not those parties that best distinguish themselves from each other by wearing different coloured rosettes.

Perhaps it can begin with some of those within the Parties of the Red and Blue Rosettes who joined together to campaign for Leave, and perhaps found that they had far more in common with each other than they do with their current parties in general. But they need to seriously begin thinking about creating a new political force – a broad church, unbounded by political correctness and egalitarianism, representing the voiceless people that defied the establishment on Thursday. The opportunity is there. The need is great.

Share
Facebook
Twitter
WhatsApp
Email
Previous articleMark Ellse: Wrapping children in cotton wool does them no favours
Next articleNiall McCrae: My part in the glorious revolution that secured our independence