NewsPaperthe art of publishing
HomeNewsRob Slane: I would rather be a little Englander than a Continental...
5

Rob Slane: I would rather be a little Englander than a Continental serf 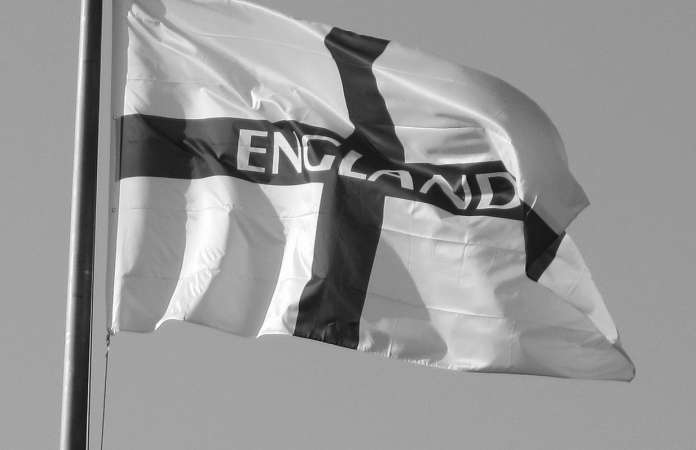 There’s this guy next door who I just can’t make out. A few years ago, he and his family joined a local Co-operative group with a bunch of other families in our village, apparently with the intent of enabling them to buy and sell with those families. They pay a ton of cash into it, but my neighbour claims that it’s worth it and they get more back in return than they put in.

That seems questionable to me, given the amount he pays into the Co-op (it’s a lot), but regardless of that there’s a couple of other things connected with being a member of the group that I think I should point out, just so you know where I’m coming from.

Firstly, being a member of the Co-op doesn’t just mean that he gets to buy and sell with the other families, as he told his family when they first joined. That would be fine, but it’s much more complex than that. The group is run by a Central Committee, which is made up of representatives from all the other member families, and together they set rules for all the households (although I understand that the smaller households have very little clout in the Central Committee and most decisions are made by four or five of the richer families).

You might ask what kind of rules. Well there’s a lot, but just to give you an example of one of the oddest – at least to my way of thinking – the Central Committee gets a say in who my neighbour can or cannot let into his house, and what rights they have once they’re in. No kidding!

So much for the first oddity, here’s the second. As I say, my family is not a member of the Co-op, and so you might think that would mean we don’t get to buy and sell with any of the families that are in the group. Actually no. We have private arrangements with those who are on the Central Committee and with a number of other families who are also not in the group. Only the other day, my wife made a big batch of jam and we sold it to three families that are on the Committee and a couple that aren’t.

What I’m saying is that we’re basically free to trade with whichever families we want to in our village, yet unlike my neighbour, we set all our own rules, we get to decide who does and doesn’t come into our house, and we have our own rules of the household which are – frankly speaking – nothing to do with any other family. Oh, and, of course, we don’t have to pay anyone for the privilege of deciding these things for us!

It seems obvious to me who has the better deal, yet my neighbour not only thinks I’m barmy, he periodically insults me for our stance. Says we’re isolated. He’s even come up with an imaginative insult to describe us. Calls us “Little Householders” he does. I just laugh at him. I’m not sure why being able to run our own household the way we want makes us a “little household”, but there you go. Make of it what you will.

Now that’s all bizarre, I think you will agree, but it gets even stranger. I know for a fact that some of my neighbour’s family think all this is a bit mad as well. I sometimes hear them complaining about being told what they can and can’t do by the Central Committee, especially as some of the diktats they have to follow are simply crazy and they come in a book of rules and regulations that makes the Encyclopaedia Britannica look like a pamphlet. I’ve even heard some of them float the idea of pulling out. How does my neighbour deal with this? Simple, he becomes all things to all men. Occasionally, I hear him scaring them with stuff about being left isolated, friendless and like those “Little Householders” next door (that’s us you know). Yet because he can’t entirely ignore their concerns – even though he clearly wishes he could – I sometimes hear him doing the exact opposite: railing against the Co-op, and sounding like he’s going to get really tough with the Central Committee to fight for the family’s rights.

It’s transparent nonsense, of course. He can’t fight for their rights of course, since in agreeing to be a member of the Central Committee he has already agreed to let other families decide what those rights are. If he were really interested in fighting for their rights, there’s only one way of doing it, and that’s by pulling out and becoming a sovereign household once more. This’ll never happen though. The man’s a dyed-in-the-wool member of the Co-op and of the Central Committee and will do anything he can to remain in.

What he has done, however, is to tell his family that he’ll let them have a vote on whether to stay in or pull out of the Co-op. But here’s the catch: he has told them that they will get to vote only after he has first renegotiated some of the terms of their membership. I marvel at his cheek. For me, as an outsider, it’s as transparent as clear glass. He hopes that if he sounds tough enough, and if he manages to wring a few sops out of the Central Committee, he’ll be able to sell it to his family that he has really looked after their rights and protected their interests.

It’s actually been quite amusing – as an interested bystander that is – to see how he has been working out this little scheme. There he is, shuffling from one meeting to another, visiting other families on the Central Committee too, sounding tough, standing steadfast with a bunch of demands that they need to accept before he will allow his family to vote. Once they agree to his demands, he obviously plans to go back to his family, claim a famous victory, and then snigger to himself as they vote to remain in membership.

It’s all an absolute farce of course. A lot of people are saying he’s not going to get the concessions he’s after, but call me a cynic when I say that I think he’s probably already worked out the details with the big families on the Central Committee already, but they all just have to have this ding dong in public to make it look to his family like he’s really fighting their corner. Even now I can hear him at the dinner table, calling his family together and, with that seriously pious face he puts on in such situations,  saying, “Look what I negotiated. Of course we had to make some compromises – that’s the nature of being in the Co-op – but I drove a hard bargain and got most of what I wanted. That’s leadership for you”. Then he’ll frighten them about the dangers of becoming a “Little Household” and about the dangers of all the other families snubbing them, and 101 other dangers of becoming a fully functioning, sovereign household. And then he’ll call a vote at a time he is sure he can win.

To an outsider like me, this is all really rather funny. The very fact that he has to get agreement from other families on the Central Committee on what rules he must adopt in his own household shows that he doesn’t even run a proper household in the first place. It’s certainly doesn’t qualify as an independent household under any reasonable definition of the words “independent household”, does it? That’s why the charge of being a “Little Householder” just cracks me up. I’d say that it perfectly describes a family that has wilfully agreed to abdicate its right to make major decisions about how it lives and functions to a committee made up of other families! But if he wants to continue calling us “Little Householders” for the perfectly natural desire to run our own house, why would that bother me? Sounds better than being a “Vassal Household”, does it not?

The only question that puzzles me is why he does it. Why cede control of your household to a group of other families, so that you have to go crawling to them whenever you don’t like some of the rules they’ve imposed on you? Why not just pull out and run the household yourself, trading with whomever wants your goods, and making up your own rules without having them imposed by other families? To my mind there is only one explanation that fits this bizarre behaviour: The Co-op allows him to get all sorts of rules passed in his family that he could never impose if it were just him doing it independently. But, you might ask, doesn’t this suggest that he doesn’t like his family very much? Yes, I rather think it does.