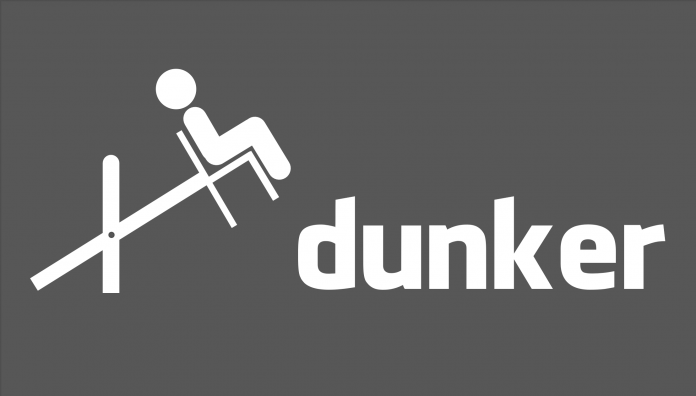 Welcome to Dunker, the world’s latest social media site. If you’re not familiar with how it works, don’t worry, we’ll explain it, but it really is so simple that you’re sure to pick it up quickly as you go along.

The idea behind Dunker was born out of a desire to make justice far more transparent and democratic. As we’re sure you’re aware, in the past the law has been the preserve of the elites, whilst the people have often had no say. Sure, they’ve sometimes paid lip service, by the introduction of things like ‘juries’, but this was of course nothing more than a figleaf to cover up the undemocratic nature of the system.

No more. Dunker changes all that. Dunker puts the law into your hands. Dunker makes ‘we the people’ the final arbiter – not old-fashioned things like evidence, witnesses and cross-examination.

When joining Dunker, you’ll be given two options: the Free Version, which enables you to vote and make comments on any Dunker case, anywhere in the world; and the Premium Version, which not only gives you voting and commenting rights, but also allows you to make accusations.

Here’s how it works.

Premium Dunker users may make one original accusation per year. This can be against anyone in the world, and could be for any alleged crime. Often the claims will be of a sexual nature, and usually they will be against a public figure, but no crime or person is off-limits. The only stipulation is that accusations must date back no further than 50 years, since claims for incidents occurring more than half a century ago could be seen to be going a bit far.

Once a Premium user makes an accusation against someone, the accused’s name is immediately made public, splashed all over the site, and probably the media too. It is important to note that no evidence need be presented against the accused. It is equally vital that those making the allegations must not go to the police. We at Dunker discourage such things, since these are very old-fashioned methods of dealing with allegations of a criminal nature, and what we are trying to do is bring the justice system in line with 21st century values. Remember: all that is needed is the accusation, and then it’s over to the will of the people to decide on the fate of the accused.

Once the original accusation is made, other Premium users are allowed to back it up with a secondary accusation. All Dunker users – both Premium and Free – are given the opportunity to vent their spleen and rage about the wickedness of the alleged perpetrator. No comments are off-limits, and may range from the mildly irritated to calls for the accused to suffer some sort of gruesome death. Once again, it is important to reassure users that no evidence is needed for this.

The outrage shall be allowed to continue for a set period of time – usually no more than a week, to prevent users getting bored and moving on to something else – at the end of which time the perpetrator shall face Trial by Dunker. An image of the person facing the allegations will appear on the screen. He shall be strapped to a chair, dangling above a river. All users are then invited to press their Dunker buttons up or down to signal whether they think the accused is guilty or not guilty. Whenever a guilty vote is registered, down he goes by a pixel. When a not-guilty vote is registered, up he comes by a pixel.

If by the end of the allotted Trial the accused’s head is below the waterline, the verdict of the people is clear: GUILTY OF ALL CHARGES. And if his head remains above the waterline, then SUSPICION SHALL REMAIN UPON HIM ALL THE DAYS OF HIS LIFE (and probably afterwards as well), because as we all know there’s no smoke without fire. He’s probably guilty of something. Of course he is. Why would the allegations have been made in the first place if there wasn’t something in them?

So shall justice be established by social media. So shall the opinions of the people prevail over outdated ideas like evidence and impartiality. So shall the idea of reporting alleged crimes to the police, rather than social media, be flung into the dustbin of history where it belongs.

So c’mon. What are you waiting for? Join Dunker today and together let’s get Dunking for Justice!

Share
Facebook
Twitter
WhatsApp
Email
Previous articlePhilippa Taylor: Shame on the BBC for this egg-donation advert
Next articleOtto Inglis: Corbyn could destroy the UK just as Mugabe did Zimbabwe