NewsPaperthe art of publishing
HomeNewsRob Slane: My kids cost me nothing like £230,000 apiece. But then...
20

Rob Slane: My kids cost me nothing like £230,000 apiece. But then my childcare is free 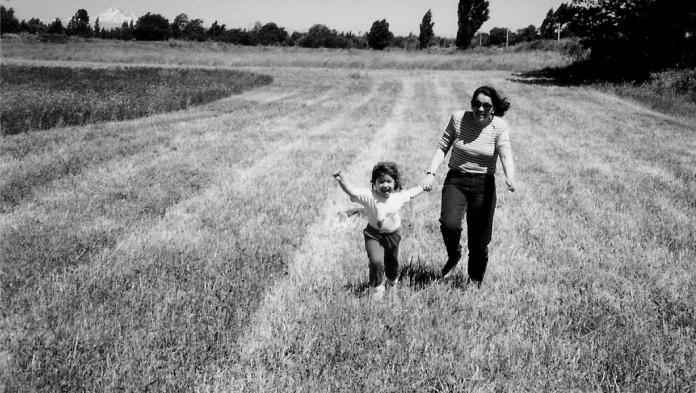 According to a recent study, the cost of raising a child up to the age of 21 is now just over £230,000. You find this news depressing? Well, please spare a thought for me. I have six children and having totalled up the cost of raising them all, I find that it’s apparently going to cost me in the region of £1,380,000.

Now returning to the real world, no you really don’t need to pity me, and no I’m not going to get depressed, and that’s because the figure the report has come up with is self-evident nonsense. As I say, I have six children – from 12 years down to 2 – and having done the calculations using the scale established by the researchers, in which they estimate different costs for different stages of childhood, I find that so far they have should have cost me somewhere in the region of £523,348. This is odd, since the amount is vastly more than I have earned over that period, and somehow all my children have made it through to today and seem to be in good health and in good spirits.

It is impossible to count with any real accuracy, since it’s far from easy to work out how much, say, heating and electricity can be attributed to each child, but according to a rough estimate I have done – and it was a liberal estimate – I figure they have so far cost me between one fifth and one sixth of the amount claimed in the study.

Astute readers will of course point out that the figure arrived at by the researchers is an average, and so by definition there are going to be those who spend less and those who spend more. Well yes, I understand averages, but this does need to be qualified. Firstly, since I appear set to spend something like £175,000 less per child than the study suggests, my mind boggles to think that there might be a couple or two out there who need to spend over £400,000 per child to make the study figures add up. Furthermore, the media headlines made it far from clear that this was an average, but rather implied that this is what most people will spend. This from The Guardian: “The cost of raising a child to the age of 21 has jumped to £230,000, or more than the price of an average semi-detached house in Britain, according to new research.” You see? That’s how much it costs.

Except that it doesn’t. Well alright, I suppose it could if you were rich and foolish enough to spoil and pamper them like rich and foolish parents do in stories that are written to warn us not to spoil and pamper our children. But if you just want to raise an ordinary child, it will cost you very substantially less. I wonder whether the researchers themselves actually believe their own figures. It is highly likely that some of them have children, and that being the case, they must at least have some benchmark with which to measure their own assertions. Surely the claim that it costs, on average, more than £11,500 per year to raise a child must have struck them as being somewhat off-beam.

Let’s just look at a few of the alleged costs. The largest is said to be education, which the study tells us costs the average parent £74,430 – and this doesn’t even include private education. So where does the average parent get to spend £74,430 on education over 20 years? So far as I know, most parents send their children to schools that do not cost them any money whatsoever in addition to the taxation they already pay. Of course there is the cost of uniforms, and trips and school dinners, if they have them, but it’s hard to imagine these costs amounting to anything like more than a few thousand pounds.

So where does the £70-odd thousand come from? The huge leap in costs from 18-20 identified by the researchers, tells us that it is of course university. Now that does cost a lot of money, but my understanding is that most of it is funded by the loan system, and even taking into account other expenses, are there really any parents out there who give their children over £20,000 per year to see them through to graduation?

Another of the costs is holidays, which apparently amounts to £16,882 over the 20 years. So that’s £844 per child, per year. Well I suppose if you simply must go to the Algarve or Tuscany every year, then maybe it will cost you some. But I want to let you into a little secret. There are other options. For instance, a particular favourite destination that my family are known to try from time to time is a little place called “Staying-at-Home”. I know it’s not the Maldives, but it can actually be quite fun. Just hanging out together and enjoying each other’s company, and at a fraction of the price. Yes, I realise this means the poor little ones don’t get to travel and see expensive places, they’re bearing up tolerably well.

But the cost that caught my attention most of all was the whopping £70,466 spent on something called ‘Childcare’. I did a quick calculation and for me this apparently means that over the course of 21 years, I’m going to have to find upwards of £420,000. Or am I? This is where I think I can be of help to other parents who baulk at such costs. I want to let you in on a little scheme I have whereby this cost can be reduced quite substantially. Down to zero in fact. Perhaps I should patent the scheme, but in the interests of the public good, I’m actually going to share it with you instead.

I’ve managed to get a lady that I know very well to agree to look after the children. She’s wonderful with them. She plays with them, reads to them, chats to them, teaches them, cooks for them and takes them out for walks. In fact, she really seems to have taken them to heart, and they appear to love her too. But the truly astonishing thing is that she doesn’t even charge a penny. She wouldn’t take it even if I were to offer it to her. Of course, it could be that she does all this because she happens to be the children’s mother, but I thought I’d share that as an option with you, in case you were wondering how to scrimp on the full whack of £70k.

Of course, in the terms of the academic researchers, this little scheme of ours simply means that we have “forgone” her salary. Well that’s academic researchers for you, but I’ll let you into another secret. We haven’t actually foregone her salary, because it was never even an option. You see, someone has to look after the children – that’s not an option, by the way – and it seemed to us like rather an odd thing to pay a stranger to do the job when their mother was standing by ready and willing.

So let’s get to the point. It really doesn’t cost £230,000 to raise a child. It’s not even close. You could spend that much money if you really wanted to, but any vaguely normal person will be able to raise a child for a fraction of that amount. I have no idea what the motive of the researchers was for coming up with this absurdly inflated figure, but sadly it will no doubt have the effect of giving people the (in most cases) false idea that they can’t afford to have children or certainly not more than one or two.

Yet it all depends on your expectations. If you expect to dump your children with paid minders rather than their mum, it’s going to cost. If you insist on buying new clothes and going on holiday every year, it’s going to cost. If you think that going to university is the only way your children are going to make it in life, and you chuck shed loads of cash at them while they are there, it will no doubt cost.

But it doesn’t have to be that way. It’s all a question of priorities. Ironically, putting your children first – before the stuff, the holidays, the “quality childcare” – is the best way of keeping the costs from reaching silly proportions. It’s also the best way of raising happy children.